‘Anything Goes’ hits the stage 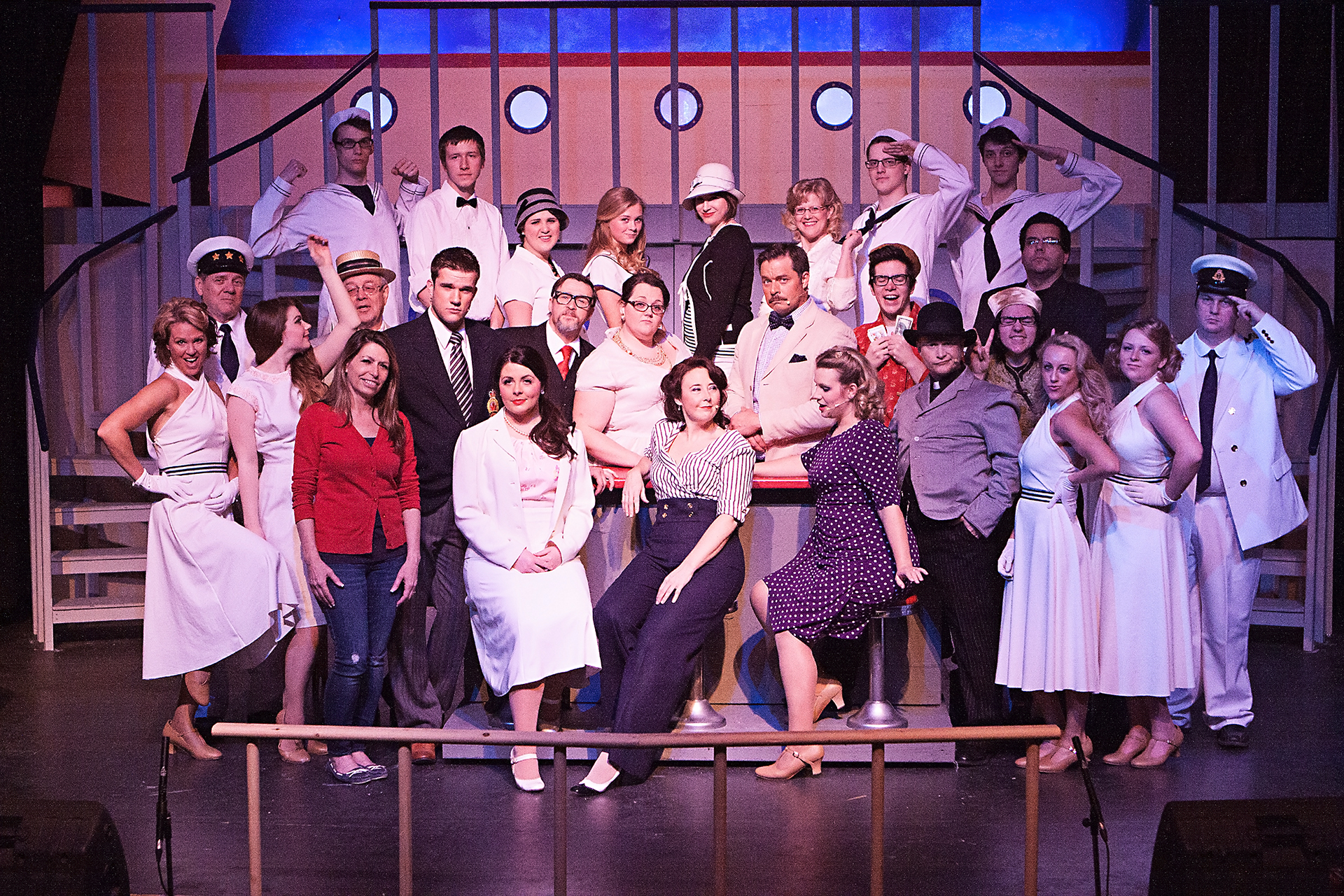 “Come aboard the S.S. American and take a fun filled musical cruise with us,” invites Lori Garner, “Anything Goes” director.
The Raymond Playhouse Society is presenting Cole Porter’s “Anything Goes” from March 11 to 21 at the Broadway Theatre with nightly performances starting at 7:30 p.m.
Garner promises that it will be a fun filled evening as the cast takes the audience on a journey of love and love lost. With the help of some elaborate disguises, tap dancing sailors and some old fashion blackmail, Reno Sweeney and Moonface Martin join forces to help Billy Crocker in his quest to win back Hope Harcourt’s heart.
Originally performed in 1934, at the Alvin Theatre on Broadway, the musical has been revived for a more modern audience several times, filmed twice along the way. It has become a popular choice for school and community productions.
“Even though it is a retro era, it has enough funny and quirkiness in it that it will appeal to the younger generations also.” Garner said that the two-hour and 15-minute play is suitable for anyone 10 years of age and up as it focuses on themes and topics that will be of interest to a more adult audience.
Nightclub singer/evangelist Reno Sweeney (played by Michelle Dick of Magrath) is en route from New York to England. Her pal Billy Crocker (played by Levi Stanford of Cardston) has stowed away on the S.S. American to be near his love, Hope Harcourt (played by Amy Garner of Raymond), but the problem is Hope is engaged to the wealthy Lord Evelyn Oakleigh (played by Jonathon Penny of Raymond).
Joining this love triangle on board the luxury liner are Public Enemy #13, Moonface Martin and his sidekick-in-crime Erma (played by real life partners in crime Patrick and Tekarra Roach of Raymond).
The 45-plus cast and crew has been working hard since November to get the show ready, but it has not come without a few challenges.
Garner recalls that it was rough seas from the beginning, as casting the play even proved to be a challenge. Going forward they are hoping to find some more male interest for future productions.
“We always need more men. Men are of a premium … We couldn’t get a full cast of men, so in order to accommodate the script, the men that we do have in our show actually play quite a few different characters.
We are tapping, that is a scary thing for guys. And yet, the ones that we have doing it are doing an awesome job. I think people will thoroughly enjoy the big tap number we have planned.”
Another challenge was working with a tighter schedule. Garner said that everything was pushed up a week from normal to accommodate the Raymond High School Show Choir and their trip over Easter break.
Thirdly, “sewing is a dying art” and finding skilled sewers to help with costumes was more of a challenge than it had been for past performances.
But despite the trials, Garner is excited for the cast to hit the stage and see everyone’s volunteer hours come together.
“This is definitely not a one man show. It takes everybody doing their job and trusting that those things will get done in order to put on a wonderful show,” she said.
The Raymond Broadway Theatre seats 200.
Individuals can purchase tickets by calling 587-220-2730 to set tickets aside at the door or arrange for ticket pickup. Tickets are $20 for adults and $15 for youth. There is also the option to enjoy a Dinner Theatre evening for $40 on March 13 or 14.