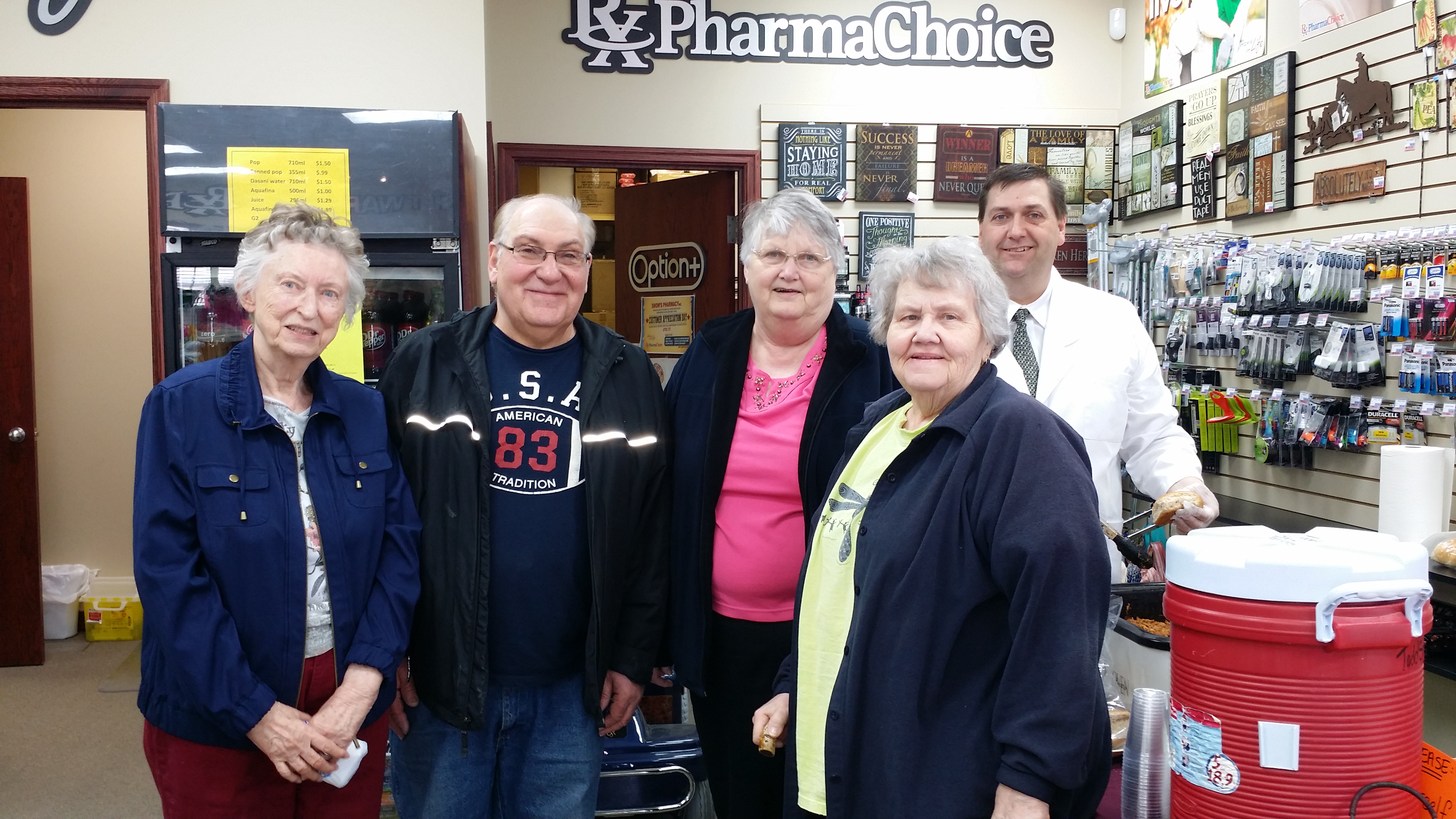 Exactly one year from their official opening, Snow’s Pharmacy owners Todd and Loni Snow held a Customer Appreciation Day celebration on April 1 to thank everyone who supported their business during its first year of operation.
The event saw customers from near and far enjoy the door prizes and hourly specials. Many were also fortunate enough to leave with full tummies after being served muffins, pork sliders or donuts, depending when they stopped by.
“It is really nice to serve the people that are your friends, neighbours and members of your community,” said Loni Snow about one of the most rewarding part of his job as a pharmacist in Raymond. Prior to opening up his business in Raymond, he worked as a pharmacist in Lethbridge for 19 years.
Both Todd and Loni want their customers to know how much they have appreciated their support over the past year.
One of the reasons the pharmacy had such a strong first year is the large medical area it is fortunate enough to draw clients from, including Coutts, Warner, Foremost, Stirling, Magrath and Raymond.
The local hospital and doctors offices serve a large rural area and the local pharmacies benefit. “A lot of people come from out of town to see their doctor and stop at a pharmacy in town before heading back home.
“And a lot of people have brought prescription business back from Lethbridge, which has been really nice to see.”
Snow is optimistic about the local growth in Raymond. One of the biggest reason the Snow’s decided to open up a pharmacy in their home town is because of the growth of the community over the last few years.
“We are to the point now where we can accommodate two pharmacies … most communities our size in Western Canada have two, if not three pharmacies,” said Snow.
He cited examples like Claresholm and Vulcan that both have two pharmacies, noting that they are both smaller than Raymond. And Cardston, Fort Macleoad and Pincher Creek all have three pharmacies to serve their respective communities.
Aside from pharmacy basics like standard cough and cold medicine, pain killers and first aid supplies, Snow’s Pharmacy also carries gift wear, seasonal items, protein powders and workout supplements. A particularly popular item amongst customers has been essential oils.
“We pride ourselves on very fast and friendly service with a smile.
“As long as we can keep building and growing, we will be around for a long time to serve.”