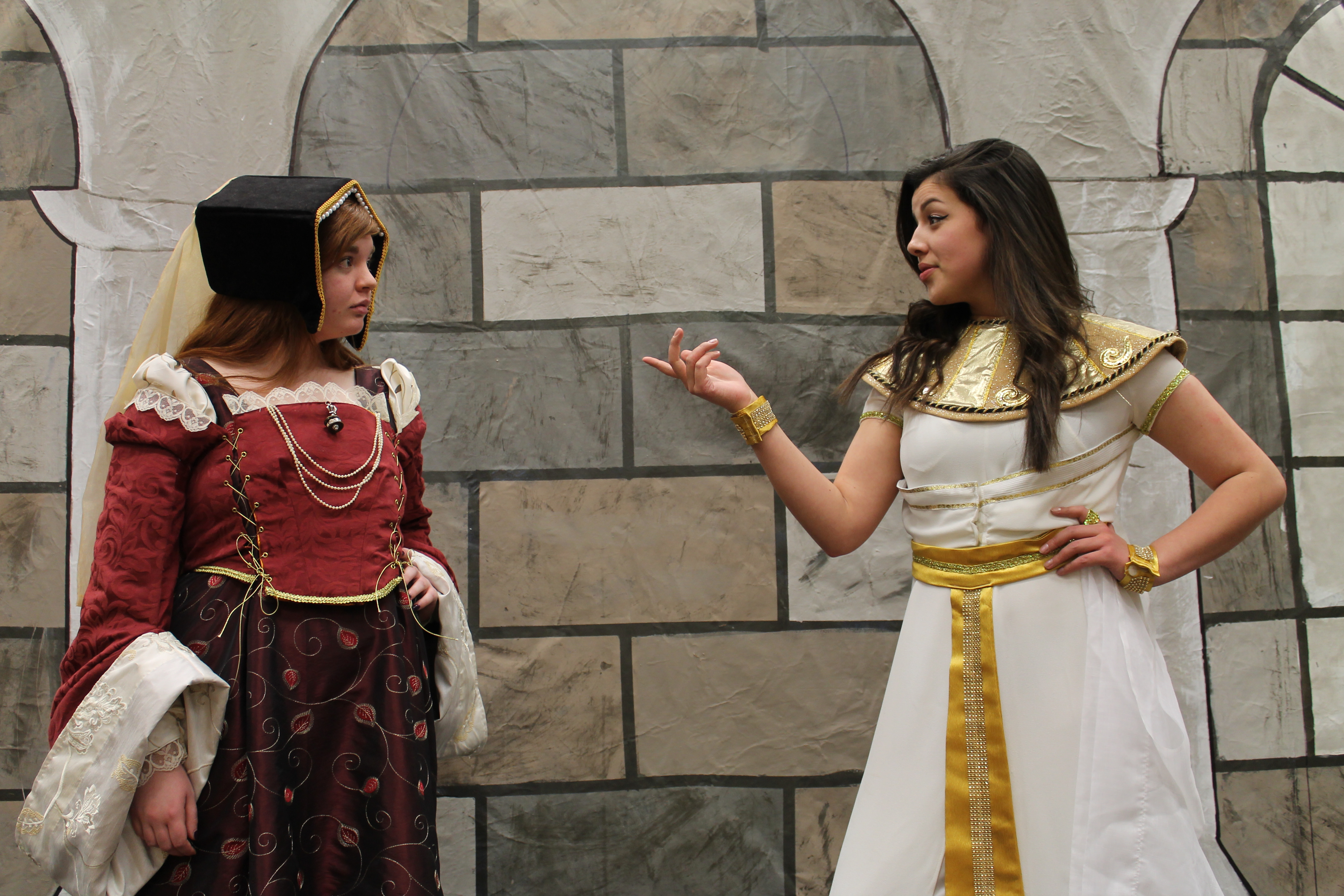 You haven’t seen history like this before, history that is guaranteed to put a smile on your face.
Magrath High School and Magrath Cultural Arts Society will be presenting history with a twist between April 28 and May 1 during their production of Night at the Wax Museum. Nightly performances will take place in the Magrath Auditorium at 7 p.m.
The play unfolds when a group of students are forced to improve their grades at summer school and part of the requirement includes helping the Cultully Wax Museum set up.
Along the way, the history project collides with Egyptian and British royalty, pirates, Wild West outlaws and modern-day heroes and villains, as an experience filled with mystery, fun and music comes to life on stage, explained director Sam Tollestrup.
“We generally have a reputation in Magrath for having some pretty funny high school plays,”said Tollestrup. “And I honestly think this is the funniest one that has been done yet.”
This is the first year Magrath Cultural Arts Society has had recent graduates shaping the show. Tollestrup is a recent MHS student who performed in the school play the past four years.
“It is different being on the stage, than watching the stage. You kind of have to put yourself into every role instead of focusing on a single role and yourself,” said Tollestrup about his experience directing.
Fellow MHS alumni Ciana Lybbert, Kaylee Jackson and Stephanie Atwood are working as choreographers.
The lead character is Heather Fairchild (Brynn Smith), a schoolteacher, whose aunts are part of the Cultully Historical Society. Her high school boyfriend, Skip Webster (Jaron Bennett), is the male lead.
Owners of the Cultully Wax Museum are looking for ways to break their lease with the Historical Society so they can sell the property for a handsome profit. The ladies of the Historical Society have to find a priceless artifact in their collection to keep the museum open. Can they do it with all these students in the way? And why have their wax figures come to life?
“The thing I look forward to the most during practice are the scenes with our old lady characters. We have these very talented and funny, five (high school) girls who play these old ladies and they are the funniest thing I have ever seen. They are amazing,” shared Tollestrup about what he anticipates to quickly become a crowd favourite.
The geriatric cronies include Jolene Fairchild (Emma Goodsell), Julene Fairchild (Sierra Jackson), Ivy Sweet (Carlie Johnson), Ethel Lockhead (Erin Tollestrup) and Hazel Smithy-Withy (Mackenzie Wynder).
Night at the Wax Museum includes 14 original songs, of different genres, including rap, country blue grass, Egyptian and pirate melodies.
“No two songs are the same. It is very nice for the audience,” explained producer Falene Wolsey.
Throughout the play, 36 junior and high school students will be seen onstage, but over a 100 volunteers are responsible for bringing the show to life, pointed out Wolsey.
Whether they are involved with stage management, painting the set, lighting and sound, costumes, or other backstage responsibilities. They all contribute to make the play successful and fun for the audience.
A lot of man-hours went into the production, with practice starting back in January. Students spent between four and 12 hours a week practicing, noted Tollestrup.
“I think it has been a good experience and that they have learned a lot. And that it is a lot harder than it looks,” added Wolsey with a chuckle. “But they have succeeded in completing it and I think they feel good about it.”
Night at the Wax Museum is produced by special permission from Pioneer Drama Service. Book by Craig Sodaro, music and lyrics by Bill Francouer.
The play is anticipated to run just over two hours in length, counting the intermission. It is family friendly, but it’s recommended that audience members be at least five years old.
Tickets can be bought in advance at either the Magrath High School or Magrath Pharmacy at a cost of $8 for a single ticket, $40 for a family, or $6 each when buying for a group of 10 or more.
There are 204 tickets available each night. The funds generated from ticket sales will help to produce next year’s play.
Tickets usually sell out, with reserved tickets bought on a first come first serve basis, so interested individuals are encouraged to get their tickets early if they want good seats to enjoy the show, said Wolsey.