A new haunt near Warner 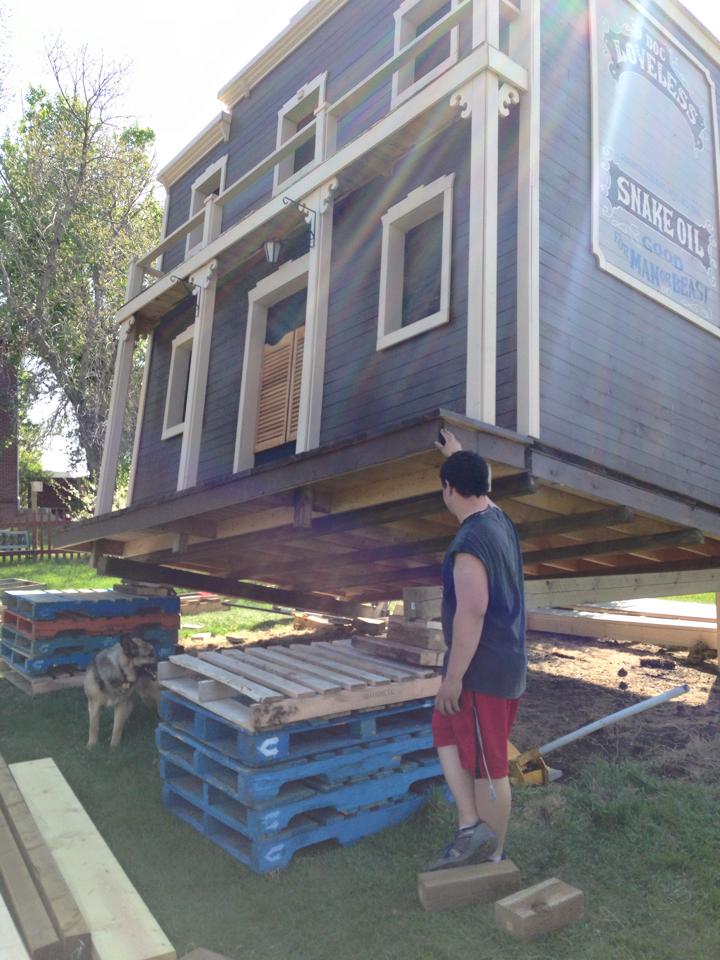 The Reimers have decided to pack up and move on down the road.
Owners Richard and Glory Reimer officially closed the Stirling Haunted Mansion last week, although they said it wasn’t entirely their decision, as the proprietors of the popular southern Alberta attraction were issued a stop order by village administration earlier this year.
Initially, backed by several petitions and a protest rally, the couple was prepared to head to court. But they’ve since resigned to the fact that there wasn’t much they’d be able to do.
“The village has shut us down; it’s not that we decided. They won’t give us a permit,” said Richard Reimer.
“They totally forced us and kind of threatened us with high fines and that if we don’t comply. So, we’re done. I’m done playing that game with them. They’re not going to budge. Instead of spending the time and money trying to fight them at this point in time, I was able to get another property. I don’t see any other solution. I’d rather just carry on somewhere else.”
The Reimers recently purchased 20 acres of land north of Warner, just off Highway 4. It’s in a coulee with plenty of trees and they are already calling it “Creepy Hollow.”
“It is just a fantastic place and we’re so excited about it,” Richard said.
They have already commenced work at the site, including the task of moving all the haunted house items to the new property. The Reimers also hope to use several out buildings, as well as establish a pumpkin walk and a maze.
The idea is to have something open by October, in time for the lead up to Halloween.
“That’s our goal,” Richard said. “We’ve got a lot of work to do, though.”
The couple also lives at the mansion in Stirling, though, and for the immediate future they will split time between the two locations. Richard said they have yet to decide what to do with the old property, but that the village didn’t give them much of a choice on the business side.
The stop order issued in January was regarding “a long-standing issue associated with non-residential uses on the property” and gave until Feb. 24 to “cease all business, except for the mini railway.”
Glory Reimer told The Herald in March it had “no grounds — but somehow they’ve done it,” despite presenting village council two petitions with nearly 2,000 people in favour of revoking the stop order, as well as a large protest staged in front of the Stirling village office in mid February.
Stirling CAO Mike Selk said, also in March, that the petitions were insufficient because certain requirements were not met.
Selk also said it wasn’t an issue about business licences, but “all about permits” as having a development permit for home-based businesses was made a requirement in 2012.
The Reimers made two attempts at obtaining a home occupation permit under the Land Use Bylaw, but both were denied.