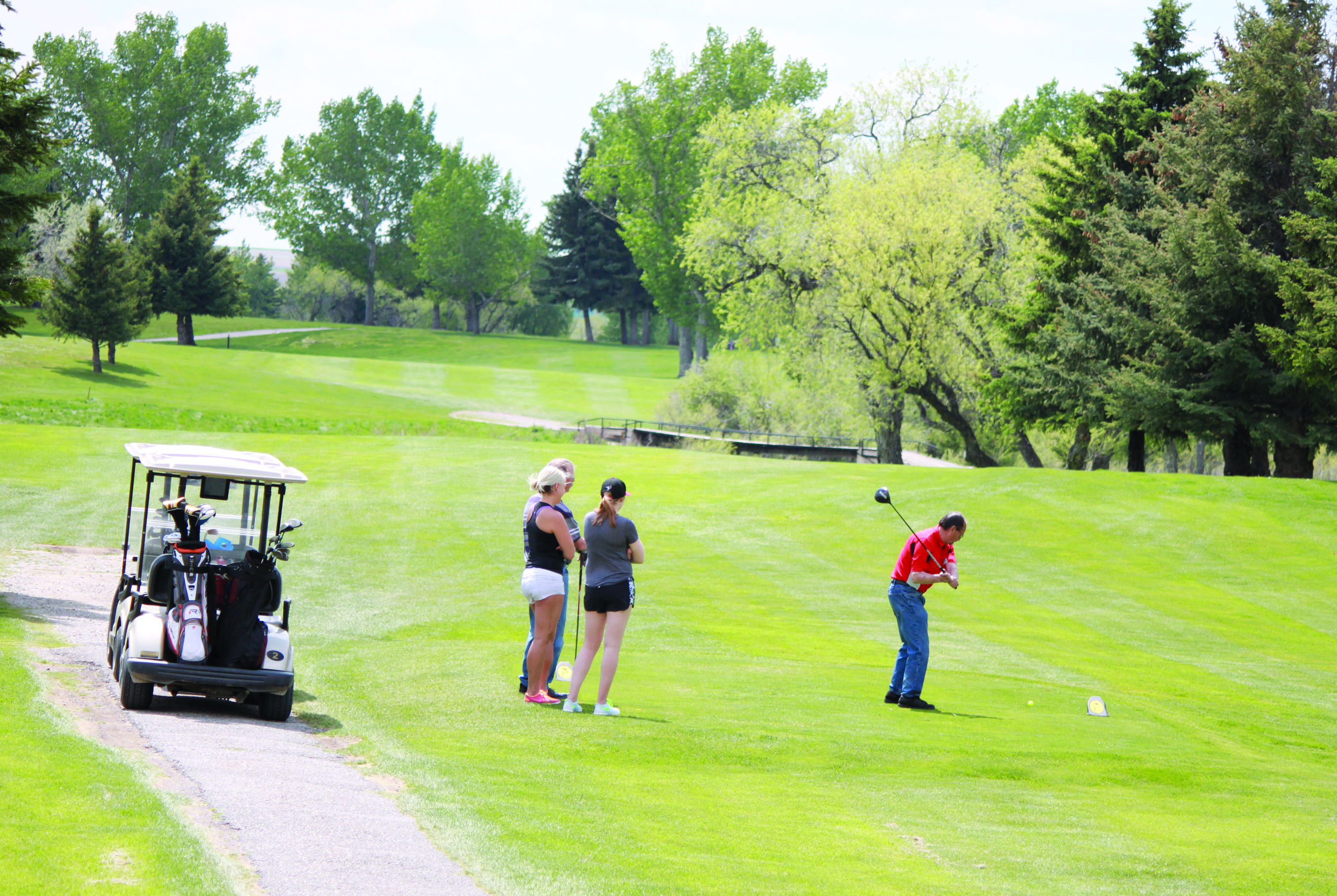 The Magrath Golf Club may not belong to the Town of Magrath for much longer.
Facing a prospective buyer, council is now faced with the dilemma of selling now and getting a return, or waiting and possibly making less on a sale at a later time.
That’s part of the question they will face tonight during a regular meeting at town hall.
But they will also encounter opposition from staff and members at the course, an 18-hole facility established in 1925, concerned about the lack of a public forum on the subject, as well as the uncertainty surrounding the idea of private ownership.
The Magrath Golf Club is currently its own entity and operates on its own — but on land owned by the Town of Magrath.
“I don’t have a whole lot of information on the potential sale of the golf course; that has been the town’s deal,” said Josh Walker, the head golf professional at Magrath Golf Club.
“Our concern, being club membership and staff, is that if it does get sold, that the integrity of the product and everything else doesn’t get affected. The course has never been in better shape — that’s the number one reason why we still are able to keep operating the way we are. The biggest concern is that if it gets sold, and there’s a couple bad years, what happens to the golf course then?”
“It’s a town asset that’s been around for 90 years, but, on the flip side of that, golf in North America is on the decline,” said Brian Oliver, a Magrath town councillor.
“So, some of our neighbours have spent some pretty good taxpayers money to keep their golf course afloat. Do we wait five years until it’s worth basically nothing, and then subsidize it? Or, if it stays a golf course, which it has to because that’s what it’s zoned for, why wouldn’t you sell the asset while it’s still worth something?”
The Magrath Golf Club is ran as a non-profit. Walker said everything gets put back into the course when they’re up, but also admitted there has been some tough years recently.
Oliver confirmed there has been an appraisal done on the golf course, but that town council did not have it up for sale until they were approached by a potential buyer.
“They came to ask and they said ‘is the golf course for sale? And if it is, we’re interested in buying it,’” he said.
Walker said the town has kept the matter “fairly quiet.”
An email obtained by The Herald, from the Magrath Golf Club’s board of directors to staff and members, it is claimed that the club and the board have been left “virtually in the dark” during the whole process.
“What seems most unusual in all of this, is that up to this point it’s been solely town council’s decision to sell the golf club. Not having a public forum to see what the residents of Magrath opinions are on the matter seems unjust,” the email states.
“The golf club has been around for 90 years and would not be what it is today, a beautiful scenic championship course, without the hard work and volunteerism of the residents of Magrath. We would hate for the club to fall into the wrong hands, for what took nine decades to build be gone in a few short years.”
“We will hear their opinions on whether it’s a good idea or a bad idea,” Oliver said.
“The town council is entertaining the thought of whether we’ll sell it or not. Nothing is for sure. There hasn’t been a motion made that we are going to sell it, but we’re considering it.”
Tonight’s meeting at Magrath Town Hall is at 6 p.m. and is open to the public, unless council goes in-camera to discuss options.