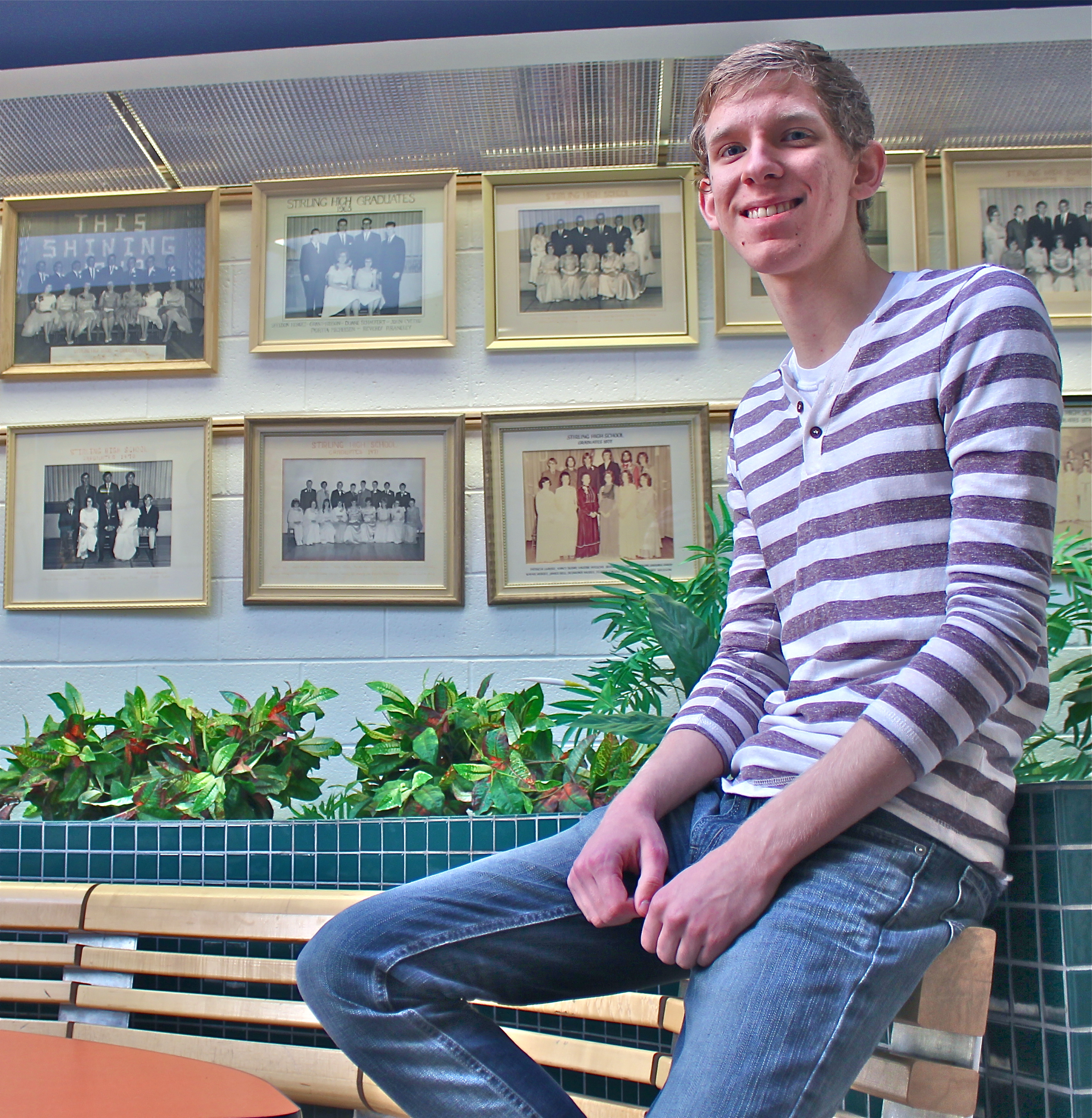 Chris O’Brien obviously learned a lot in his years at Stirling School, and not all of it curriculum-based.
While some assume a big city education is always best, the valedictorian for the Class of 2015 apparently learned a life-lesson about rural education.
“I think it takes friends and makes them closer and it takes people who aren’t quite as friendly with each other and forces them to kind of tolerate each other,” says O’Brien of the benefits of a graduating class of 12. “That’s always good to learn that.”
The role of valedictorian for Stirling School’s graduating class is awarded to the student with the best marks through their entire high school education. As such, the honor didn’t exactly come as a huge surprise for the 18-year-old.
“Everyone kind of suspected it would be me, but it was kind of cool to have it be official. It’s something I’ve always wanted. It’s cool to represent my class and be the one who is reflecting on how we’ve grown and changed over the years,” says O’Brien, adding the thought of delivering his speech to a gym-full of classmates, family and friends on May 29 is a little bit ”nerve-wracking” but nothing he can’t handle.
At the time of this interview he only had a rough draft of his speech, but had a pretty good idea of the direction he planned on going.
“I’m going to start by reflecting on how we’ve grown and changed and talk a little bit about what’s become important to me and what I think has become important to my class over the years – having a sense of humor, pursuing your passions and just listening to those clichés we always hear,” says 0’Brien, who is also a class rep on student council.
Topping the list of personal highlights in his graduating year was the school musical ‘Willy Wonka,’ in which he played ‘Grandpa Joe.’ Not only was it fun that friends joined him in the cast, the fact the entire school from Grade 1 to 12 was involved made it “kind of interesting.”
Although he was born in Calgary his family – including parents Don and Linda and two older siblings – moved to Stirling prior to his Grade 3 year. O’Brien says his class owes a tip of the hat to the support provided by family members.
“I think they’ve definitely helped us along the way; been there when we needed them; and helped us with our homework all throughout elementary,” he says. “They just always built up our confidence and made sure that we knew that we could do whatever we put our minds to and that we didn’t need to be perfect.”
O’Brien is the first to admit he can be a little hard on himself in that regard and thanked Stirling School’s teachers for putting things in perspective at times.
“They’ve always made me feel successful. Even when I’m not completely happy with a grade, they’ll tell me, ‘that’s a really good grade. You don’t need to worry about that one,’ ” he says.
The sciences have always been among O’Brien’s favorite subjects and have him looking for a related career. Once he returns from his church mission he wants to enroll at Brigham Young University and study molecular biology with an eye on becoming a doctor, perhaps specializing in oncology.