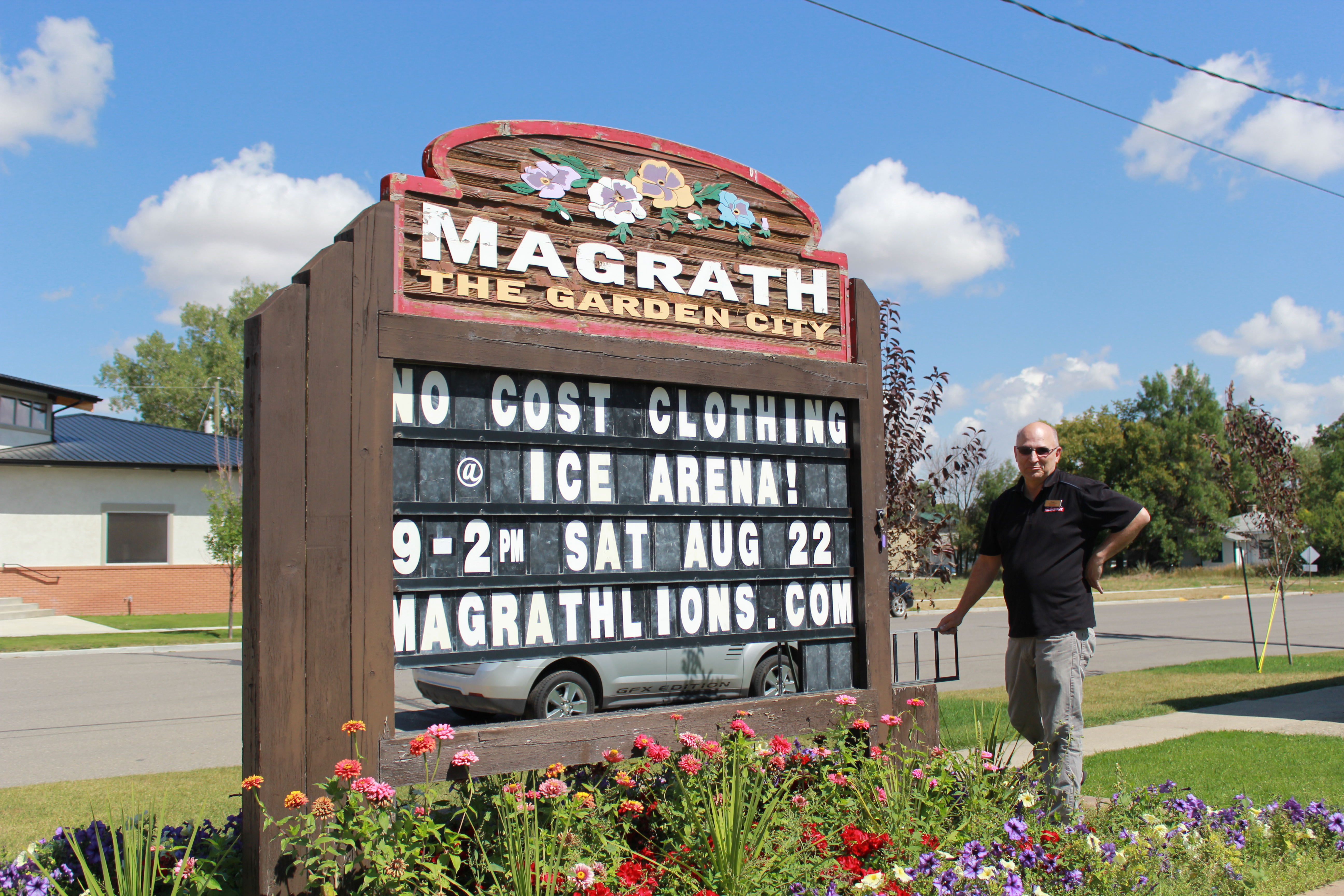 Individuals looking to get a deal on a new outfit or article of clothing, whether for themselves or a family member, should plan to attend the No Cost Clothing exchange at the Garth Veale Arena in Magrath Saturday.
The date of the annual No Cost Clothing community event has been revised this year to take place on Aug. 22, it is a week earlier than published in the Magrath Stake Calendar to accommodate for an earlier start to the school year, explained Roger Davies, Magrath Lions Club treasurer.
Gently used clothing donations are being accepted in a labeled white van in front of the Magrath pharmacy between 9 a.m. and 6 p.m. with today (Thursday) being the last day to donate.
“I’m always amazed at the amount that people donate,” said Davies, who joked that each year he thinks people in Magrath will run out of clothes from the large quantity they contribute.
People can expect to find gently used clothing for infants, kids, teens, adults and seniors alike.
“We get tons of donations. I have over a 100 bags full so far. Last year we had over 300 total.
“Anyone that needs them are free to come and get them,” said Davies. You did not have to donate to participate, he added.
Davies said the Lions Club has organized the event for the last three or four years, prior to that the churches in the community did. The Lions Club felt the event was of value and well attended and decided to keep the tradition alive.
The No Cost Clothing exchange will take place at the Ice Arena from 9 a.m. to 2 p.m. on Saturday. Seniors are invited to get an early start and take home items on Friday between 3 and 6 p.m.
Set up and sorting will also take place on Friday. If you are able to volunteer or have questions, contact Roger or Shauna Davies at 403-388-4332 or emai weserve@magrathlions.com
Items that do not find a new home will do donated to the Canadian Diabetes Association bins.