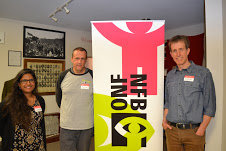 On May 6th Magrath was treated to the very first viewing of The Grasslands Project at the Magrath Museum. There was an excellent turnout as nearly every seat was filled. Ten short documentaries were presented from across Southern Alberta and Saskatchewan, comprising the challenges and celebrations of living in an area so closely tied to the land. In the First Nations’ perspective, the earth is the mother; this is not surprising in that we are communities that are very intimately tied to the land and her sometimes hard-won generosity. This was greatly reflected in the stories of widows who continued the family farm and kept it together, the mothers showing their young children that farming is an important job. In a shrinking town, one man stated that, “losing a school attacks the core of the community,” It was well-said in Wood Mountain, that “everyone has everybody’s back.” In another town a volunteer firefighter is told to stop volunteering because he has PTSD from the things he has witnessed over the years. He says, “Someone has to do it.” This is but a small taste of the project, which is well worth watching, and a testament to those who settled, and those whose descendants remain on the southern prairies.
Magrathite Dale Nowlon said, “I wasn’t too sure what to expect from the title ‘The Grasslands’ but, I was not disappointed. The beautiful cinematography, along with the engaging personal stories, drew me into the history and the humanity of the lands and the people.”
Tracie Smith, who was featured in the film, said, “The story of the women resonated with me. I came here to give my kids the same life I had.” She is eager to share the project with her ailing relative who tells her that Canada keeps him alive.
Candace Lewko, who also came to the premier, observed that, “every part of the prairie has its own narrative.”
Scott Parker, a congenial man, is the videographer and editor on this project; he has thirty years’ experience in the film and television industry. He also conducts workshops in documentary filmmaking, as he did while in Magrath. His previous work in Botswana helped him in the filming of the Grasslands project. His experience shows in his well-studied scenes and captures beautifully the local colour of each community, and the land bathed in the prairie sun. This production tells the story of community co-operation, hardship, ties to the land, and of their related triumphs and losses. Parker’s main takeaway from this project was that of the communities and how the residents are ready to help their neighbours get things done. He feels that the large urban centres could learn well from the southern prairie population’s sense of community and willingness to help and to serve each other. “Sense of community is a part of the culture,” he said.
**When asked about equalization payments, Jones responded that every area of Canada should enjoy the same basic services, including indigenous people. “The worst thing we can do for First Nations people is have Ottawa try to run [reserves]. We need to find a way to work with the people, give the resources they need to provide for themselves and work for themselves. We don’t need to set up programs for them, We need to provide resources and let them make decisions for themselves. The most important element is allowing communities to make decisions for themselves.**
Magrath was the first community contacted regarding the Grasslands project. The community was most encouraging and accommodating. Parker found that as he filmed in Magrath and worked among the residents, that he was a welcome part of the social fabric, and that no one had any objection to being filmed. Credit also goes to Jasmine Pullukat who served as production co-ordinator on The Grasslands Project.
It is important to note The National Film Board of Canada and its purpose. According to David Christensen, Executive Producer of The Grasslands Project, “Parliamentary Mandate for the NFB is to tell Canadian stories to Canadians and to the world.” He explained that the NFB has five studios across Canada, including The North West Studio in Calgary, which he manages. Programs are developed in French and English. At any given time, the NFB has thirty productions in progress. The NFB is taxpayer-funded and has been producing quality content for 75 years. The Grasslands project will be available online at nfb.ca, starting June 1.