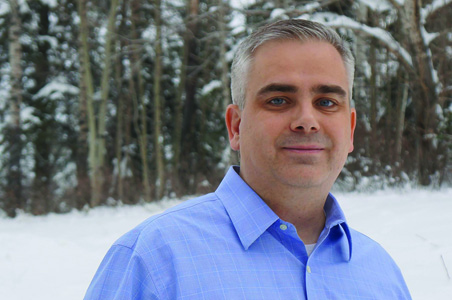 Michael Jones, a Raymond resident and lawyer, has announced his intentions for the federal Conservative Party nomination in Medicine Hat-Cardston-Warner.
The 39-year-old father of six said he will seek support from party members throughout the riding after years of working on campaigns and being tuned in to the issues.
“I think my wife always knew that I would go into politics,” said Jones. “It’s something that has always interested me, and this is an opportunity that I couldn’t pass up.”
At a recent open house in Cardston to meet constituents, Jones said he believes in a small federal government. “Harper understands federalism—the money flows to the provinces and they decide what’s best.”
Jones was asked about veterans’ concerns. “We don’t do nearly enough for veterans,” he said. “We have a responsibility as a nation to the men and women who have put themselves in harm’s way because we asked them to. They need help in transitioning.”
The federal seat has been vacant since March 23 when the previous MP, Jim Hillyer, died suddenly.
A byelection date must be set by late September. Parties are currently arranging candidates.
Jones said he has found strong support in western areas of the riding. He will launch a public campaign and meetings throughout the riding.
“My wife (Jenie) has family in Medicine Hat and we have friends,” said Jones. “I certainly intend to spend quite a bit of my time there. That’s where most of the party members live.”
Three Medicine Hat residents have declared they will seek to represent the Conservative party: retired police inspector Glen Motz, businessman Brian Benoit and Joseph Schow.
In 2015, Elections Canada moved areas south of Lethbridge into the Medicine Hat riding.
Hillyer represented Raymond as the Lethbridge MP, and won the new riding’s nomination and the election with 68 per cent of the vote.
Some, however, thought the MP should have closer ties to the larger population centre.
Jones said the concern is understandable but that his views on smaller government and lower taxes are widely held, and he’s prepared to win people over.
“It’s a valid concern,” said Jones. “Politics should be about doing the best you can for your constituents and building relationships with them.”
Jones was raised in Coaldale and graduated from the University of Alberta’s law school in 2004. He began work with a firm in Whitecourt and continues to work there as a partner. Meanwhile, he commutes from Raymond, where his family settled in 2009 to be closer to extended family.
He said building up his firm has been hard work and gratifying, but the situation would obviously change if he is successful in politics.
He feels the priority in federal politics today is support for the economy in the west.
Jones also ran as a candidate in 2015 for the then newly-formed Peace River-Westlock riding.