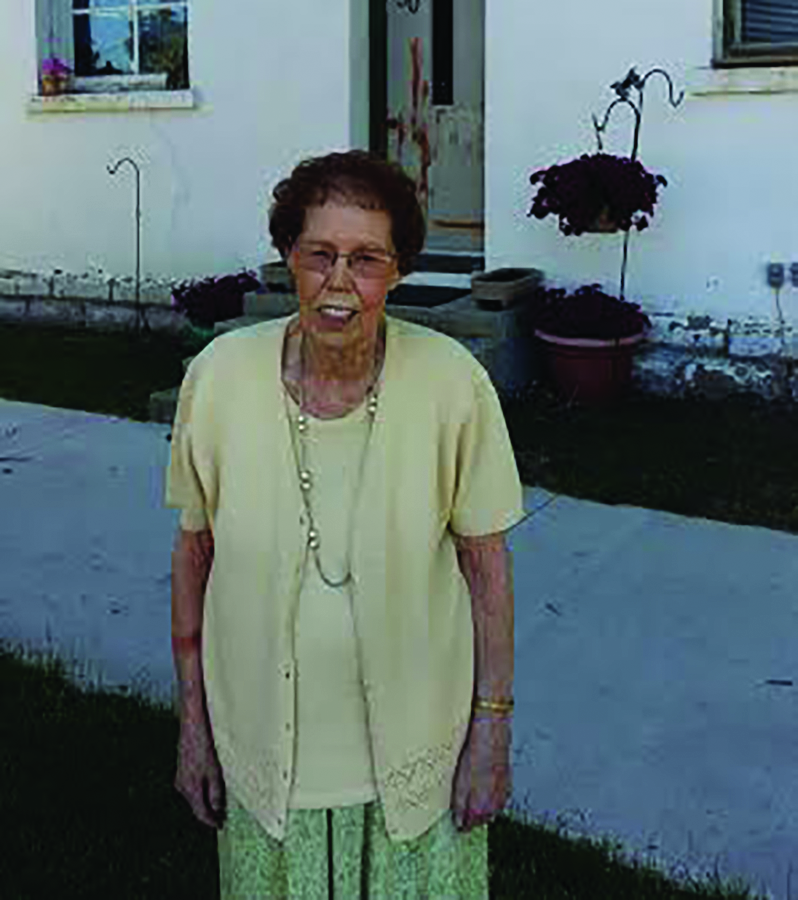 June Fawns spent 32 years working at the Bank of Montreal and will head the parade as the Rotary ClubÕs 2016 Honorary Marshall during the Celebration Days in Raymond.

A long time resident and a key contributor to the growth of the community was honoured during the Canada Day Celebrations this year in Raymond.

“It’s a great honour for me, they could have easily chosen others, I really do appreciate the things the town have done for me,” said June.

June was born in Cardston, but after her father passed away, June’s mother moved her and her four siblings to Weiser, Idaho.

When June was just 10 years old, her mother suffered a fatal stroke and she and her siblings were moved to Raymond to live with their aunt and uncle.

“I love everybody in Raymond, I think we have the nicest people here. Our community just seems to support everybody,” said June.

June has been heavily involved in the community for years working for the town’s Seniors Club and volunteering for multiple events.

She worked as the Administrative Manager for the Bank of Montreal for 32 years and also spent over 32 years working with the youth of Raymond in the Mutual Improvement Association.

June was married to Reed Fawns before his passing and missed out on having kids of her own. It was then where she became “Aunt” June.

“All my nephew and nieces became my family and they are all so good to me. Then all my friend’s kids started calling me Aunt June. I just love the kids here and it makes me feel really special,” said June.

Doctor Val Boehme has spent many years in Raymond has seen first hand what June has brought to the community and youth athletics.

“June has been an iconic supporter of the town of Raymond and the youth with their sporting activities. She’s a super fan. She’s there to receive them home from provincial competitions weather they win a gold medal or a silver,” said Boehme. “The whole town shows up when they bring back gold, June sometimes stands alone when they come back with silver.”

June spent her younger years competing in track and field and was a great high jumper.

Her passion for sports is still strong and she spends a lot of her time attending basketball games and loves to show her support to all the kids who play.

“I love telling the kids that they did a great job. Not only to the top scorers, but everyone who does the best they can,” said June. The parade will took place on July 1 at 10 a.m.