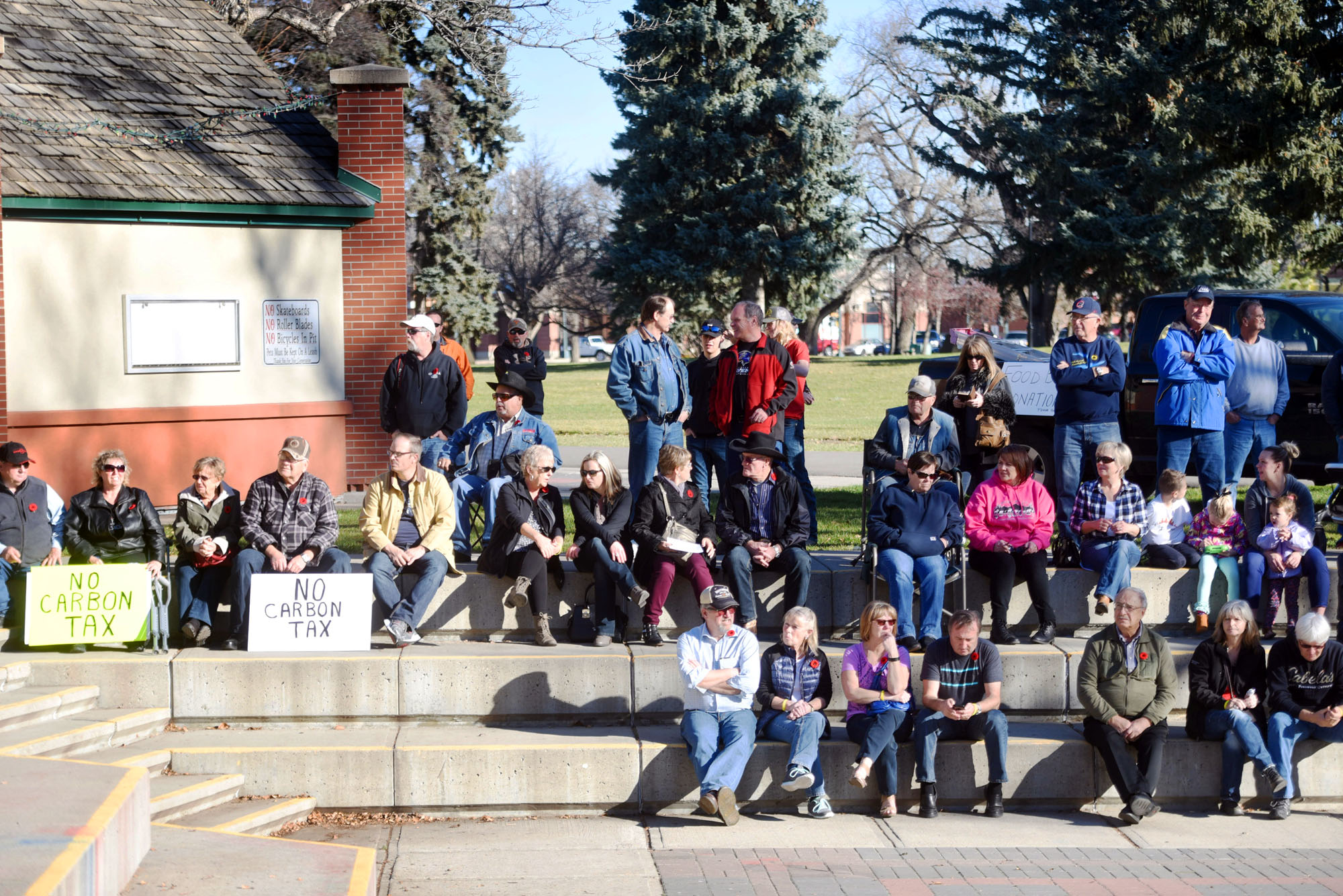 The provincial government does not have a mandate from the people for a carbon tax, say the organizers behind a number of recent rallies in Alberta cities and towns.

Todd Beasley is the managing director for the Alberta-Wide Rally Movement, the group responsible for the Nov. 5 Carbon Tax Plan rallies around the province. He said he was disappointed by the tone and some statements made by Environment and Parks Minister Shannon Phillips in a recent Herald article (“Carbon tax rally fuelled by mistruths,” Nov. 5).

“We tried to make a statement that we were all inclusive, and we were not partisan with any political group or past movements,” he said. “For us to have basically been accused of U.S.-style divisive politics was extremely disappointing.”

Beasley said the premier and a number of NDP MLAs did not respond to invitations to speak at the rallies. Plenty of Albertans showed up, however.

“This is historic,” he said. “We have never had 12 simultaneous rallies on a single issue. We’ve never had one where all of these communities came together.”

Beasley said estimates are that between 8,000 and 9,000 people attended the various rallies.

“The number one issue facing the people of Alberta in generations to come is the implications of this upcoming carbon tax,” he said. “It’s categorical, on our side.”

Beasley said people are upset by what he said is a “ lack of a strong mandate from Alberta voters” on implementing the tax.

“It’s going to dramatically erode the Alberta advantage and out economic advantage for generations to come,” he said. “It’s quite simply a tax on everything. Everything either comes in this province either comes in by rail or by truck. And all of our manufactured goods leave by rail.

“Bottom line is that it has massive implications to our competitiveness.”

Beasley said his group wants to see the government put the tax to Alberta voters through a referendum or some other means.

The group is currently collecting signatures for a petition to demand the government address their concerns. Beasley said they are hoping to collect 500,000 signatures to present to the legislature.

‘The petition we are asking people to sign has been put on as solid of a bedrock as we can make it,” he said. “Our intention is to organize in every city, town, and hamlet across the province, which we are doing very effectively at this point.”

“We will make a very strong statement from the ruling government that, bottom line, you do not have the support of the people.”

Beasley said the petition is not to drop the tax entirely. Rather, his group takes issue with how the tax is being implemented.

“This is massive societal change that will impact our competitiveness immediately, and, quite frankly, for generations to come.”

“Society has an obligation to look after the weakest members of society,” he said. “But this tax is the wrong way to redistribute wealth.”

“You need to put it to the people.”