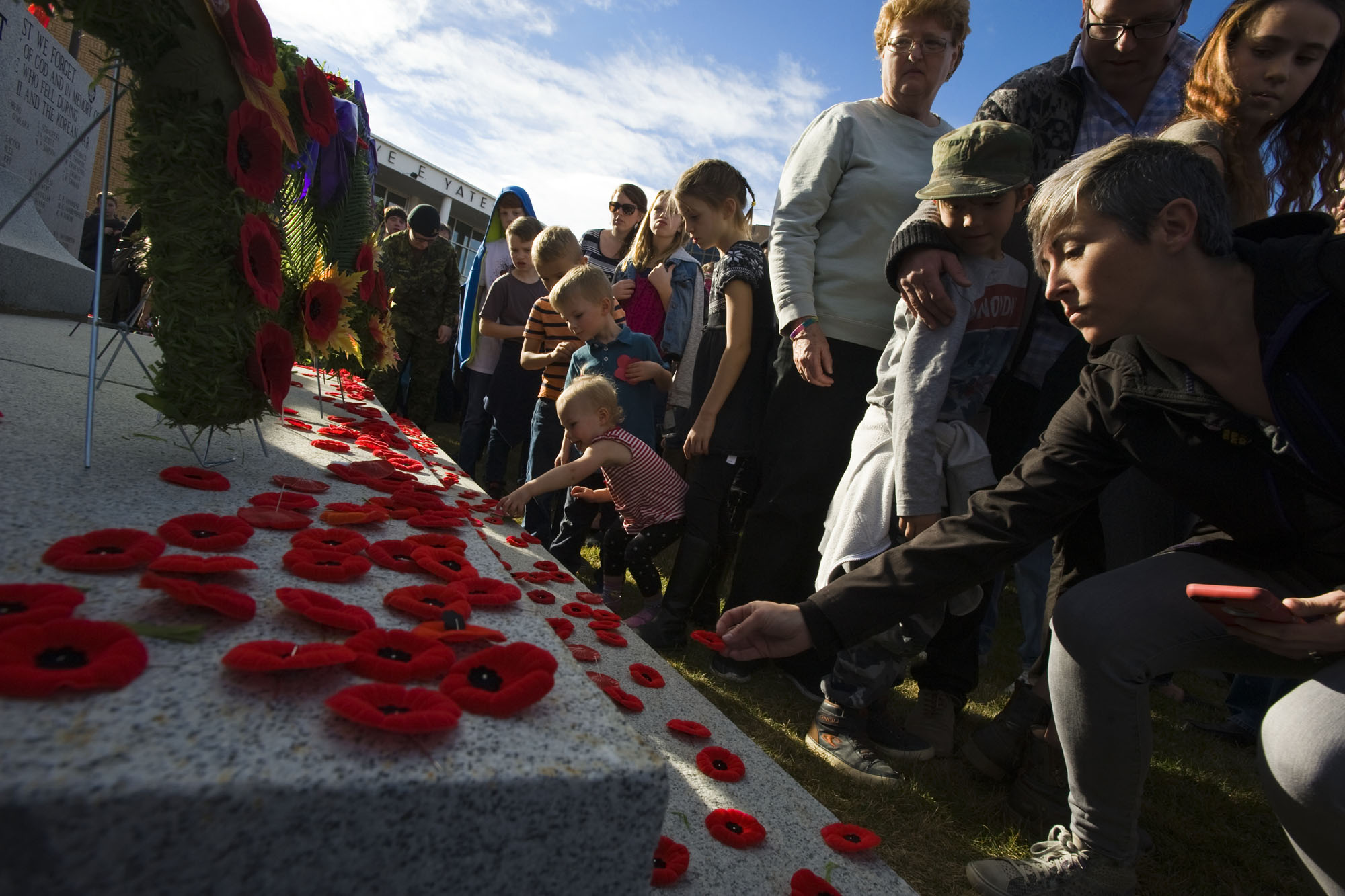 It was a strong showing for this year’s annual Poppy campaign thorough the Lethbridge Legion Branch No. 4.

“We’ve had many of the businesses boxes coming back, needing to be replenished,” she said. “Lots of poppies are going out everywhere in the he community.”

This year, Tag Day, the annual kickoff for the poppy campaign, brought in just about $19,000, according to McIntosh.

“That’s the generosity of this community,” she said.

The legion also has a presence in businesses in a number of rural communities outside the city, such as in Stirling, Magrath, Coaldale, and Raymond.

“We help support them with boxes, and they have volunteers in the community who help take them out,” she said. “We use those funds for helping veterans in those communities as well as those in Lethbridge.”

The funds raised go to help with emergency assistance for veterans and their families, including food, shelter, and clothing. Funds are also used to provide personal comforts to those in care, purchase medical equipment where needed, and maintain monuments that honour veterans.

In addition, funds can be used to provide prizes as part of the annual contest to encourage Remembrance Day participation in youths across the country, or provide accessability improvements to the branch.

New this year, McIntosh said funds went toward sponsoring a veterans’ information session in order to help vets learn about benefits and services are available to them.

“We always offer a poppy,” she said. “They aren’t sold, but if anyone wishes to make a donation, it’s gratefully accepted. By taking the poppy, and wearing the poppy, they are showing a visual symbol of remembrance, and then that’s how we’re helping veterans and their families.”

McIntosh said on Remembrance Day, her thoughts go to her father.

“It’s an emotional day,” she said.

“He’s the personification of remembrance for me. He served in the Second World War, and he served in Korea. He’s gone now, but for him, Remembrance Day was always a trip to the Cenotaph that day.

“He went by himself. It was very private, and personal, which is what it has become for me, as well.

“Being able to do something a little bigger behind the scenes helps everyone.”