Posted on December 7, 2016 by Westwind Weekly 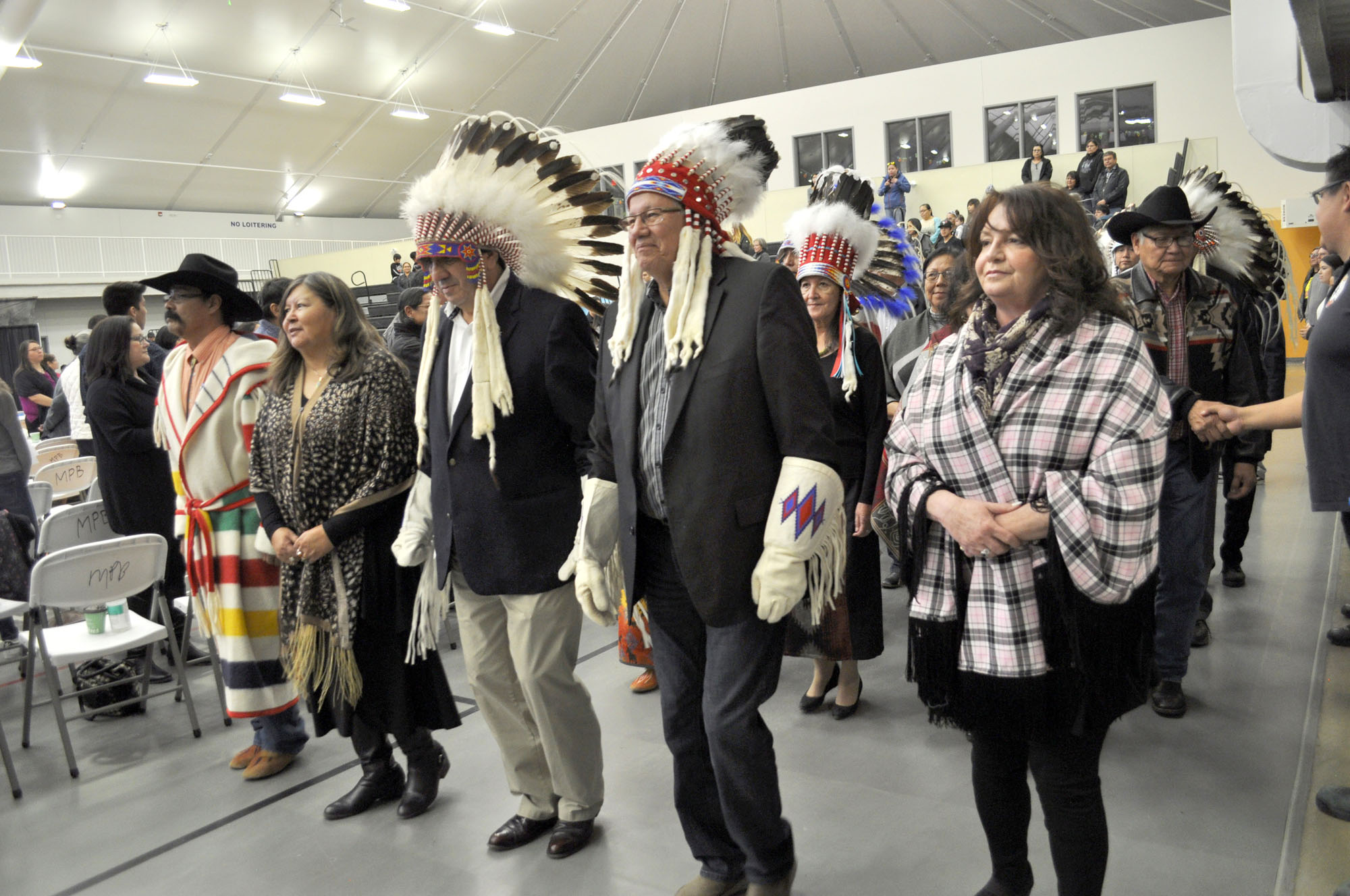 Blood Tribe Chief and Council were officially sworn in on Friday.
A special ceremony at the Kainai Multi-Purpose Centre in Standoff was well attended by local residents and included a number of local business leaders and dignitaries
The ceremony included the swearing of an oath of office, and the transfer of a special medallion which has been transferred from chief to chief since the 1700s.
Fox told those in attendance about the significance of the medallion, and that it was originally a gift from the American government.
“I’m very proud to wear this special medallion,” said Fox, following the ceremony. “It is a small part of the history of our leadership.”
Councillors also take an oath and receive red sashes.
Fox previously served four terms as chief beginning in 1980 and beat out four other candidates for the position. He was first elected to council in 1974 when he was 24 years old.
Weasel Head served three terms and had elected not to run again. The new council includes four new members.
About 47 per cent of the 7,241 eligible voters cast a ballot in the election.
Fox said he and outgoing Chief Weasel Head grew up together and that they often competed in sports and in school.
“They said we were good athletes,” he said. “I think we’d say we were great athletes.”
“We even competed in typing class,” he quipped.
“I want to extend my appreciation to (Weasel Head) for all the work he did for these many years.”
The statement garnered applause from those in attendance.
“I know you’ll continue to help our people,” he said. “Even though you are supposed to be on your rest, I know you were still negotiating on our behalf. I know we hope to call upon your guidance in the future.”