Posted on December 8, 2016 by Westwind Weekly 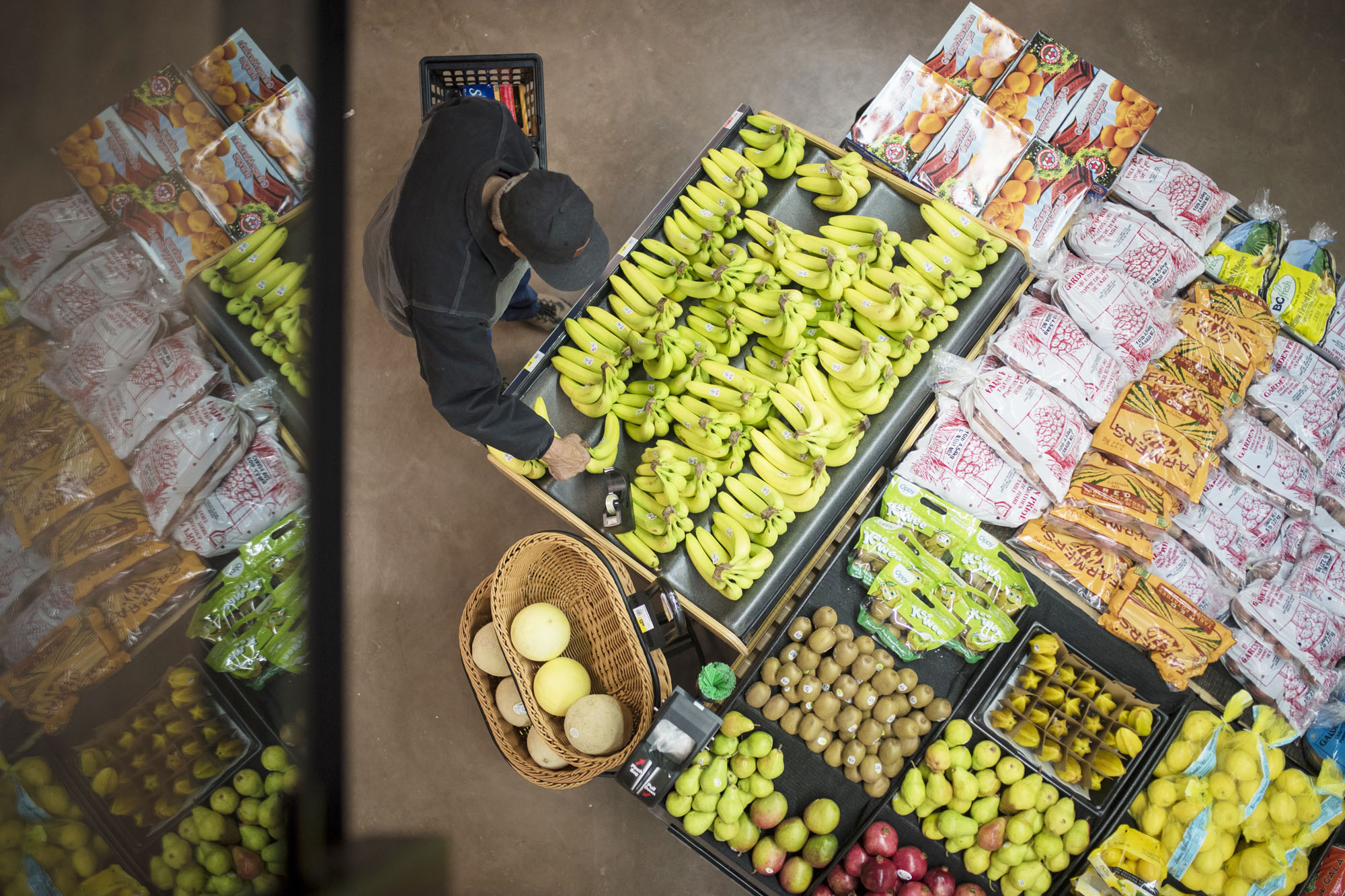 © Lethbridge Herald photo by Tijana Martin A man shops for some fresh produce during the grand opening event at the Kainai Marketplace on the Blood Reserve yesterday. @TMartinHerald

A 45-minute commute is not something residents of Lethbridge usually have to endure to get healthy, fresh, groceries. However, that was the case for those on the Blood Reserve – until recently.
On Friday, the Kainai Marketplace held its official grand opening. It’s the only grocery store on the reserve and is located on Kainai Industry Road.
Prior to that, community members were forced to shop at the local convenience stores or drive to Lethbridge, Cardston or Fort Macleod for groceries.
The $6.2-million project was funded in partnership with the First Nations people and the Alberta government. A total of $1.5 million came from the province through what is now known as the Aboriginal Business Investment Fund.
The Blood Tribe also contributed $1.5 million and the rest was funded through third-party financing.
“You have the province get together with the Blood Tribe and beautiful things happen sometimes, and this is one of them,” said Richard Feehan, Minister of Indigenous Relations with the Province of Alberta, who attended the opening ceremony.
“There is an Aboriginal Investment Fund that we administer through indigenous relations at the government and it goes to exactly this kind of project,” said Feehan. “Last year we put in about $5 million into about seven different projects: grocery stores, trucking companies, registry services, companies like that. All of them are doing the same thing, they’re helping communities to build the resources that they need for themselves.”
Rob Crow, director of the Blood Tribe Economic Development, said community members were largely in favour of a local community-owned grocery store.
“The goal was to bring affordable, fresh, healthy food to the reserve because at the time all we really had was just convenience stores,” said Crow. “We have a lot of diabetes and that kind of stuff, so convenience store food obviously doesn’t help that.”
Not only will the Kainai Marketplace provide a healthy alternative and improve the standard of living for the community, but it also encourages economic growth.
“Essentially, we stopped a lot of leakage to the surrounding communities because we’re supporting our own, as well as supplying employment which is huge and it’s also provided healthy food alternatives that didn’t exists prior.”
Nearly 25 people are employed at Kainai Marketplace, 23 of which are Blood Tribe members. While Friday was the official grand opening, it had already been open for over a month.
Russell Spotted Bull was at Friday’s event, with a cart full of groceries, although this was not his first time there.
“There’s definitely a need for it and I’d rather support my own community as opposed to going to Cardston or Lethbridge. It’s much needed, unfortunately, it’s should have happened a long time ago, but it’s better late than never,” he said. “It’s about damn time.”
The Kainai Marketplace is open from 8 a.m. until 8 p.m. seven days a week. Everyone is welcome.