4-H celebrates 100 years in the province 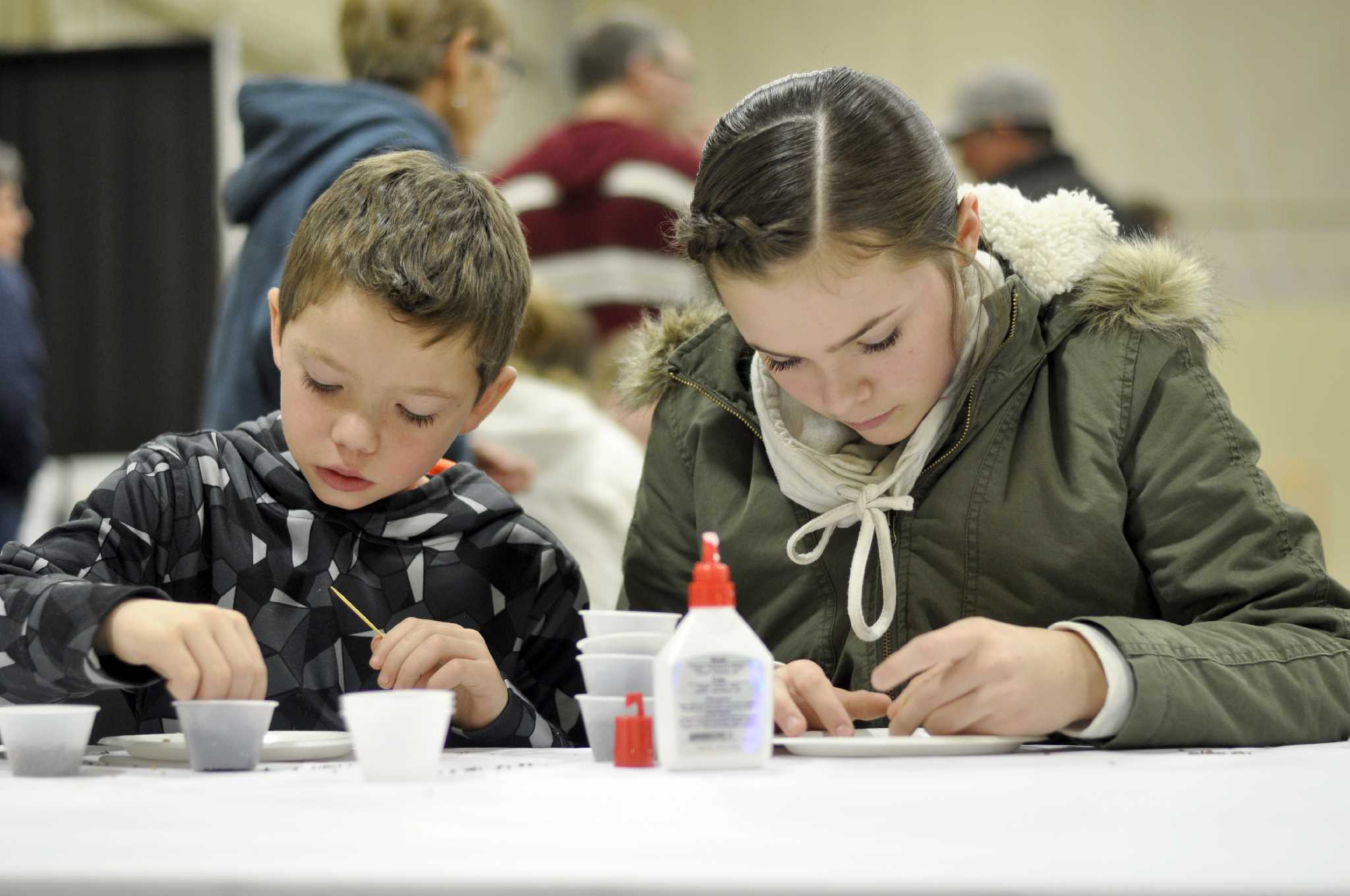 About 30 clubs came together for a 4-H trade show at Exhibition Park to spend the afternoon showcasing each club and activities the groups are involved in.

There were also a number of educational showcases with speakers and interactive activities. 4-H members had an opportunity to come together, play games and take part in craft projects such as seed art.

“I think that anytime an organization can celebrate 100 years of being in existence is an amazing accomplishment,” said Andy Pittman, chairman of the Southern Region of 4-H Alberta Celebration Committee.

“If, after 100 years, you are still true to your identity, and creating amazing young leaders, community leaders, and representatives of your organization, and still thriving in numbers, I think that is worthy of celebration.”

The trade show marked the start of a day intended to kickoff the 2017 centennial celebration Ð a day that included a reception, the filling of a unique time capsule that, when filled, will be on display at Exhibition Park and a banquet featuring a number of dignitaries.

Special guest David Poulsen, a celebrated pro rodeo announcer, award-winning author and 4-H leader hailing from the Claresholm area, was scheduled to speak to those in attendance.

The 4-H southern region covers the province south of Calgary and to three Alberta borders.

There are nearly 1,000 members and nearly 300 registered leaders in that area. There is also an introductory 4-H group for six-to-eight-year-olds who are too young to be members with nearly 100 participants. All told, there are 56 clubs in the region.

“It’s a good representation across the region,” said Pittman.

One aspect of 4-H many might not realize is how versatile the focus of the clubs can be. “I think, when they hear the phrase ‘4-H,’ they think of cows and cooking,” said Pittman. “But there are so many other things you can do from mechanics to automotives, to woodworking. There is a snowmobiling club in the southern region.

“If you can find a leader who has the experience to be able to lead kids through a project, there is no limit, literally, to what you can do.

“4-H still has a rural base, which we are very proud of, but there is definitely a wider base, which is unlimited, whether you are from the country or the city. You can be in 4-H.”

While those projects are important to keeping young people interested and teaching them important skills, it’s almost universally accepted that it is the other skills children learn in 4-H which really help them to be upstanding and contributing members of society.

“Those that have been involved in 4-H understand the importance of giving back to a community that has given to you,” Pittman said.

“You see that in the alumni throughout the region and in the province. It’s very important to them to give back.

“Life skills are absolutely the main thing kids get out of 4-H,” he said, listing public speaking, consumer decision-making, record-keeping and community service among those skills learned by members.

Arend Pelleboer, with the Lethbridge Northern 4-H Beef Club, said he was impressed with the fact 4-H has been able to hit a centennial milestone.

“I think it’s a good program, and I think it will stay around another 100 years,” he said.

Pelleboer said all of his children have gone through the 4-H program, and he currently has one child still in 4-H.

“The program itself gives them something to do, and gives them some responsibility,” he said. “In this case, to look after a calf and raise it up to a market steer. But there are fun things to do, and highway clean-ups, and meeting, and how to lead those meetings Ð that’s very important.”