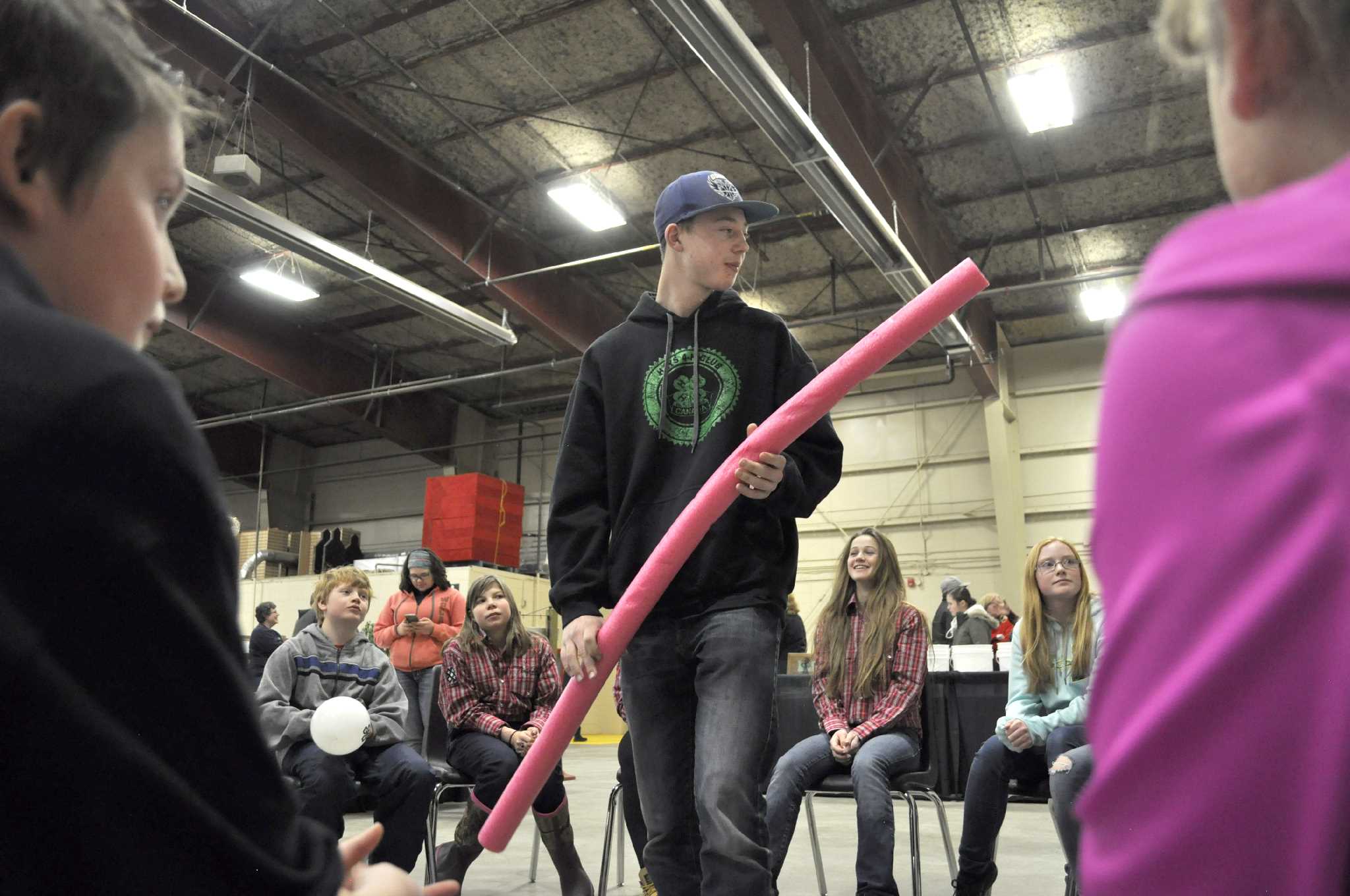 David Poulsen is a professional rodeo announcer with more than 1,500 rodeos and bull riding events to his credit. He is also an award-winning young-adult author who has written more than 20 books. He has been involved in the 4-H program for many years as a 4-H leader.

“I’m going to talk a bit about where we find our heroes in the world today,” he said during an interview prior to the banquet. “The people we can look up to Ð as 4-H kids Ð are our 4-H leaders and family members, and so on.”

“As soon as I say that, people ask me why. They say he’s the biggest loser of all time,” Poulsen said.

Poulsen pointed to some of Brown’s famous hurdles Ð whether attempting and forever failing to kick a football held by his frenemy, Lucy van Pelt, to trying to fly his kite only to always lose it in the same kite-eating tree, to being the worst player on a little-league team that never wins a game.

“He always believed that next time, everything would turn out alright,” Poulsen said. “He’s a guy who never, ever stopped believing, no matter how bad things were gong. I think that’s a pretty cool guy to believe in.”

Poulsen said he has had plenty of “Charlie Brown” moments in his own life, particularly with his writing.

“When you are leading the world in rejection letters, and that sort of thing, it would be very easy to give up,” he said. “But when we do, those things we want in life don’t happen.

“That’s what Charlie Brown believed, and that’s what I believe. And 4-H is a wonderful organization for preparing us to do just that.”

Poulsen said the importance of teaching children the value of believing in themselves, and believing they are capable of doing good things in the world, and to never give up on their dreams can not be overstated.

Poulsen grew up in the city and did not take part in 4-H until he moved into the country as an adult.

“Once I was in that rural setting, I did get involved in 4-H as a leader,” he said. “My wife and I were involved in the 4-H horse program in Vermilion.”

Poulsen said he quickly learned the importance of the program in developing young people into great citizens and family members who often go on to do big things.

“I taught public speaking at Lakeland College, and I could tell in an instant which of my students had been though the 4-H program because they came there with confidence.

“They weren’t scared to death to get up in front of an audience.

“That’s just one of the skills that kids learn through their 4-H program.”

Poulsen said the fact the program is still around to celebrate a centennial anniversary speaks to how important it has been to generations of Albertans who came before.

“I can’t imagine how it began 100 years ago, if it was some people sitting around a campfire somewhere and suddenly getting an idea to help kids develop and become the leaders of tomorrow,” he said.

“I don’t know how they came up with that idea, but I’m awfully glad they did. 4-H has had a tremendous impact on so many lives, and on our society in general through that 100 years.

“Every person involved from the biggest way to the smallest way, can really take pride in that staying power and the fact that, for 100 years, we’ve been helping to create tremendous citizens, tremendous young people, who go on to be wonderful family members and members of the community.

“That’s just a tremendous credit to the 4-H movement and all it’s done during that century.”