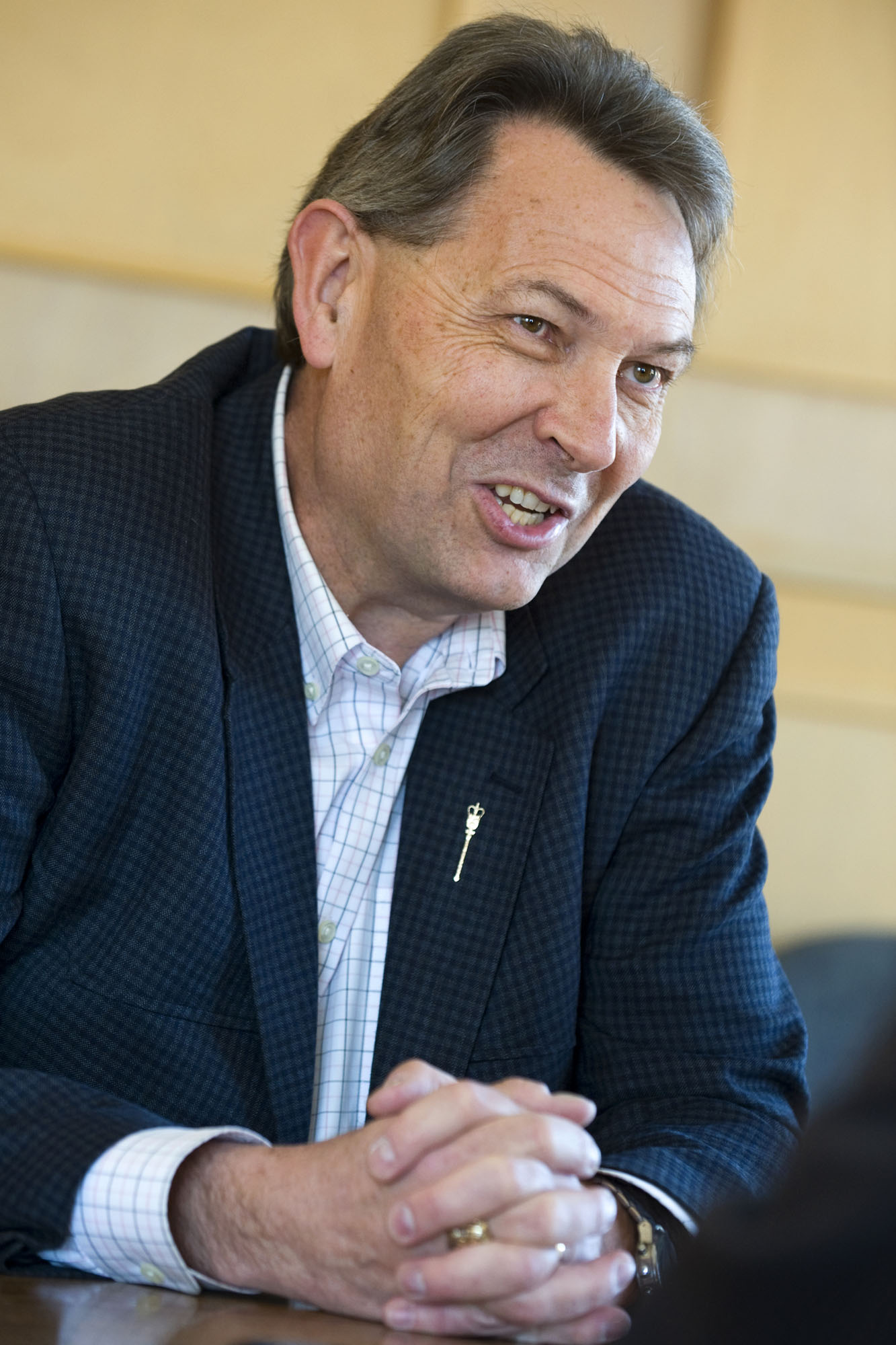 Herald photo by Ian Martens Richard Starke, MLA for Vermilion-Lloydminster, is running for the leadership of the Progressive Conservative Association of Alberta. @IMartensHerald

Starke was in Lethbridge on last Thursday to talk about his bid for the leadership of the Progressive Conservative Association of Alberta.

“I really feel Albertans would be better served by a much more collaborative approach to government,” he said. “As opposed to what we’ve been seeing over the past number of years. It’s been very confrontational.”

Starke is an Edmonton native who has a background as a veterinarian. He retired in 2011 and in 2012 became the MLA for Vermilion-Lloydminster.

He was appointed the minister for Tourism, Parks, and Recreation in 2013 and was chair of the Rural Health Services Review Committee in 2014.

He is one of only two PC MLAs to retain their seats following the 2015 election. He is currently house leader for the PC caucus.

Starke said following the 2015 election, it was time for the party to do some soul searching. Speaking with those who left the party spoke about recurring themes for their dissatisfaction.

Those themes included not being heard by the party, frustration over the early call for the election, and anger over the acceptance of Wildrose floor crossers. In response, he sees a need to return to centrist conservatism.

“The other part of Alberta is a real passionate conservatism.”

Compassionate conservatism, involves the drive to care for those Albertans who need it, regardless of their issue.

While some people will always require a certain level of care, he said a focus should be made on breaking those cycles that are harming them.

Starke said he is for conservative voters coming together to defeat the NDP, but he pulled up short of adding support to a united right political party.

“I’m not in favour of a high risk and convoluted series of steps that would be required to create a single right wing party,” he said. “Which is being advocated by (Jason Kenney).”

Starke said the logistics of dissolving two parties and creating a new one are too difficult to attain, and would almost certainly guarantee another four years of NDP rule.

Starke supports the science of climate change and agrees that humans are a significant cause of it.

He rejects the stance that Canada can ignore its climate obligations because the country is not a major contributor to worldwide greenhouse gas emissions.

He said instead of simply working to reduce the carbon footprint of the country, Canada should instead use its knowledge and technology to assist the rest of the world tackle their issues.

As a sitting MLA, he also has the unique opportunity to immediately get to work as leader of the PC party, as opposed to his rivals who would be forced to win their seats in a byelection with no guarantees they would win.

“If I’m elected as leader, the next day I can start asking Premier Rachel Notley hard and pointed questions about the direction she is leading our province.”