Posted on February 2, 2017 by Westwind Weekly 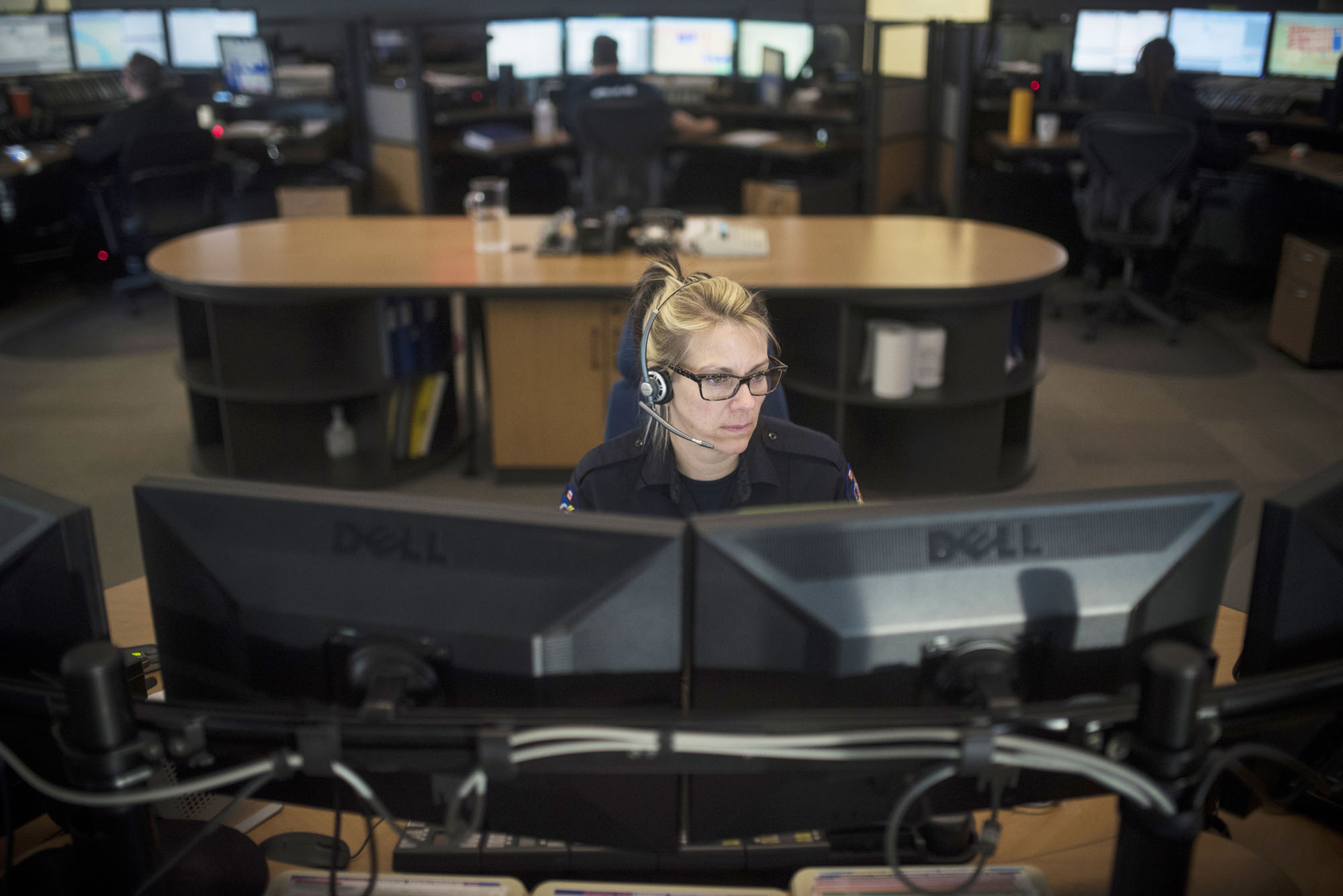 Herald photo by Tijana Martin Shelley Oriold-Marek responds to a 911 call in the city's Public Safety Communications Centre on Thursday. Residents who phone 911 using VoIP may have their calls routed to a contracted dispatch centre in other parts of the country, which makes for possible delays in 911 service delivery. @TMartinHerald

Local residents using Voice over Internet Protocol (VoIP) phone services may have their 911 calls routed to other parts of the country without realizing it, the manager of the city’s Public Safety Communications Centre told the Lethbridge Police Commission on Wednesday.
Chris Kearns, PSCC manager, said VoIP phones are not connected to traditional telephone networks.
VoIP service providers have to route 911 calls through contracted dispatch call centres Ð one of which is located in Sudbury, Ont. This means there could potentially be delays in 911 service delivery while the call centre finds the proper channel to route the call through.
“It probably depends on how they run their operations and what phone numbers they have for different agencies,” Kearns said.
“If they determine a 911 call is for Lethbridge, then they need to look up a number for Lethbridge. They need to know it’s the same number in Lethbridge for police, fire and EMS. But in Cardston, it will be Lethbridge for EMS and fire, but it is going to be the RCMP in Red Deer for a police call. So they need to know those things.”
Following issues regarding VoIP services and addressing, the CRTC changed some of the rules around the phone services and how they deal with 911 calls.
The issue was at the forefront in 2008 when 18-month-old Elijah Luck died in Calgary while his family waited for 911 help to arrive.
That help didn’t come, because the call centre handling the VoIP 911 call sent emergency responders to the address on file for the family Ð an address three provinces over in Mississauga, Ont.
“The CRTC regulated that people have to provide their addresses and keep it updated,” said Kearns.
He also said when calling 911, VoIP users need to be aware that they may need to provide the city they are in, and their address, and what service is required before being transferred to the proper channel.
“The CRTC puts out all sorts of regulations,” he said. “The question is whether companies are following them, and whether customers understand what they are required to do. That means notifying employees, notifying other members of the household.”