Fate of former ag school at heart of debate 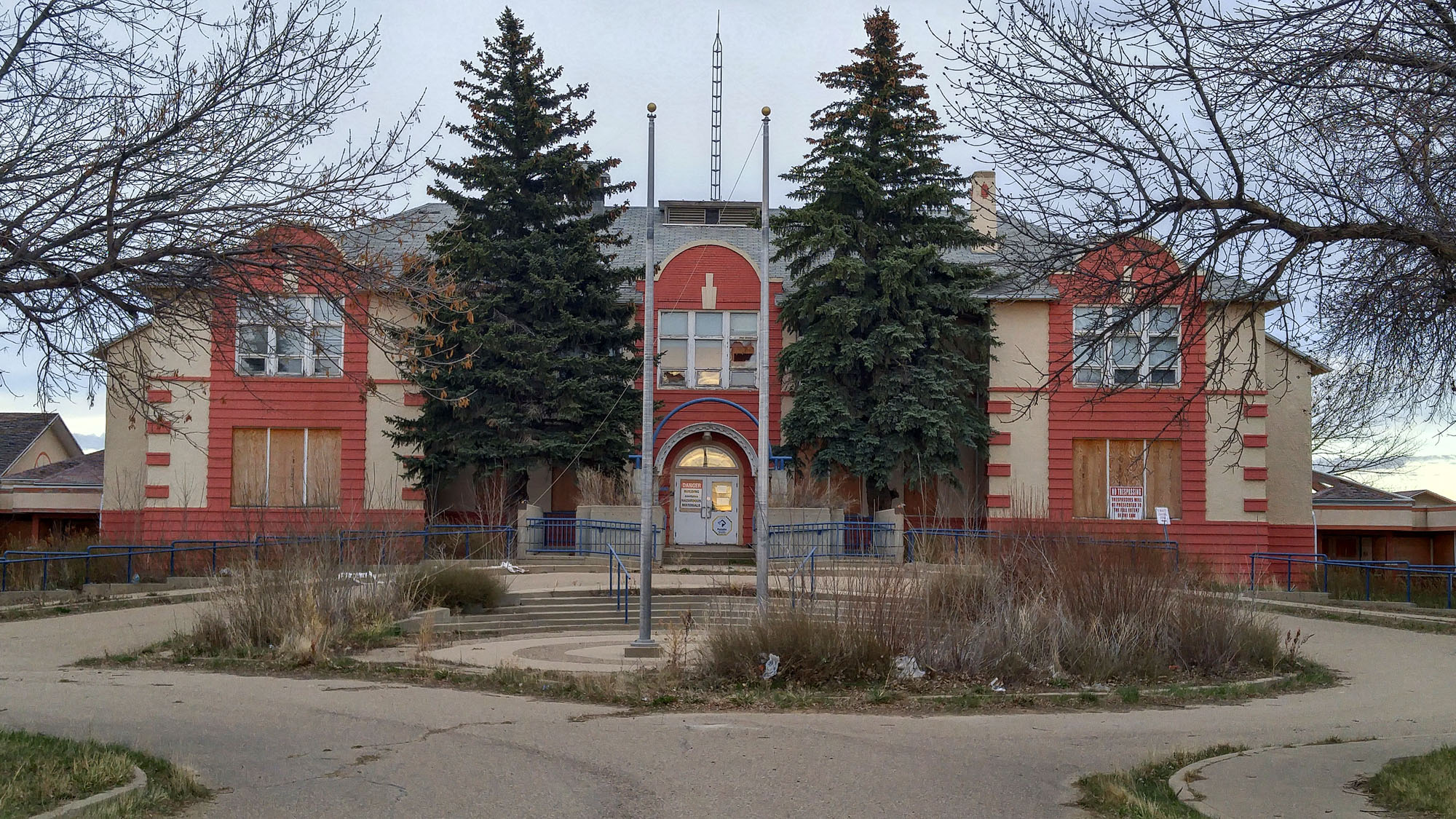 Herald photo by J.W. Schnarr A group of concerned Raymond residents are fighting to save The Raymond Care Centre, formally the Raymond school of Agriculture, from a planned demolition. The buildings have been empty for many years.

A group of Raymond residents have enlisted the help of Raymond town council in their bid to save some historical buildings slated for demolition.

On Tuesday, a delegation with an interest in saving the buildings at the Raymond Care Centre appeared before council with the goal of asking council to support a move to freeze the planned demolition of the buildings.

Originally established as the Raymond School of Agriculture in 1920, the campus was later turned into a mental health facility. It has been vacant for years.

At the time the school was established, the provincial government had plans for a number of agriculture schools and three were built during that time. The Raymond campus is the only one still standing in the province.

“We have the entire campus of that school,” said Stewart Foss of the Raymond and District Historical Society.

The Centre is made up of three connected areas, including the Life Enrichment Centre, main building, and three residences. The approximate area of the complex is 3,652 square metres. Construction dates of all buildings on site include the main building – 1911; LEC Ð 1989-1990; residences 1988-1989; services building, 1940; public works shop, 1960; garage, unknown; machine shed, unknown; root cellar, unknown.

In 2013, an assessment of the facility was completed by Alberta Culture and Tourism to determine the significance of the property as the only remaining agriculture school from that era. At the time, Foss said the ministry seemed to indicate there was historical significance to the property.

Mayor George Bohne said he personally was on the facility tour for the 2013 assessment, and at the time, Culture and Tourism seemed very interested in saving the property. However, AHS representatives seemed to underplay the potential significance of the buildings. Bohne noted the council of the day was interested in preserving the facility.

He told the delegation that saving all or some of the buildings on the facility may come down to being able to provide a solid answer to “why” the buildings should be saved, and “for what” use they could be put to if they were saved. Foss said while the “why” question had been established by the historical significance of the property, he agreed with the mayor about finding a use for it.

“There is a conversation that has to happen about the use of this building,” he said.

Bohne said it was an issue which would require the support of the entire community in order to convince the government the buildings need to be saved.

But Foss said one of the largest issues he has run into are the rumours and misinformation surrounding the state of the facility. He said he has spoken to local residents who believe the buildings are full of asbestos (most was removed in the 1980s); there is heavy structural damage (Foss said inspection has revealed very little visible structural damage); extensive fire damage to the auditorium (there is minor fire damage to that area); the buildings are overrun with mold (there is mold in previously flooded areas, but it has been limited to those flooded areas); and it would require astronomical costs to bring the buildings up to useable shape (there has been no real assessment done of what restoration would cost).

“Basically, all of the biblical plagues have been involved in these buildings at some point,” Foss said.

He noted between signatures collected on a petition to save the facility and social media activity regarding the issue, there seems to be a lot of interest from local residents in saving the facility if possible. He added it was important to at least get the province to back away from a planned demolition in order to fully establish what they are dealing with.

“Demolition is final,” he said. “There’s no coming back from that.”

Foss said a Historical Resource Impact Assessment is needed for the facility, and he asked council to officially support a request for the province to conduct that assessment.

Foss said it was important that the assessment be done by a third party, as there are questions in the community about the number AHS has provided regarding the state of the building, and some trust issues surrounding their ability to provide an unbiased assessment.

Bohne said while it was not given in writing, the Town had spoken with employees of the company planned to do the demolition, and indications were that there will be a delay.

Following discussion, council voted unanimously to officially request a halt on the planned demolition and to ask for a Historical Resource Impact Assessment to be conducted on the site.