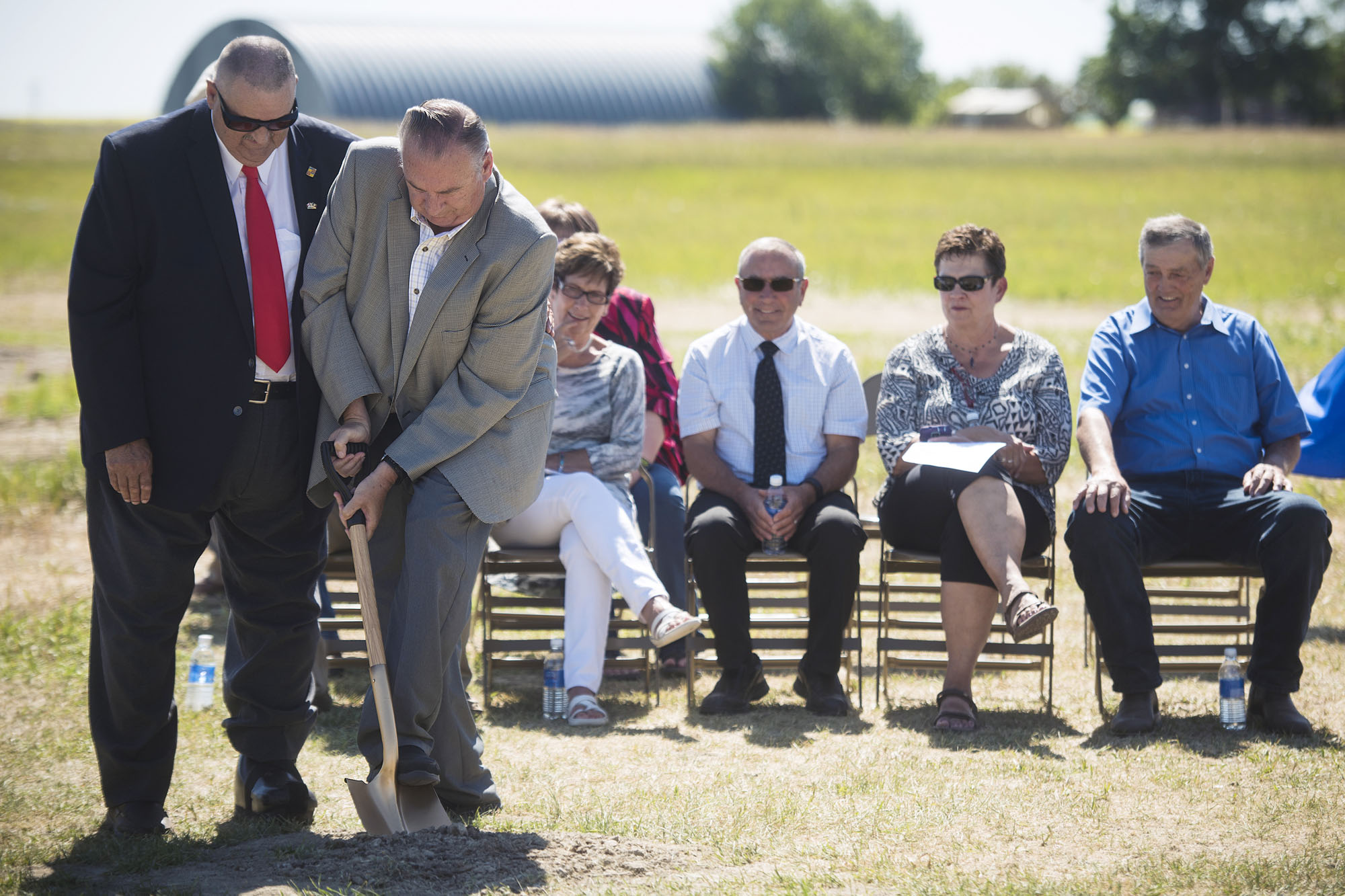 © Lethbridge Herald photo by Tijana Martin Tom Butler, board chairman of Ridge Country Housing, left, and George Bohne, the Mayor for the Town of Raymond, take part in the Ridge View Lodge ground breaking event in Raymond on Thursday. @TMartinHerald

Residents of Raymond gathered at an empty field on Thursday Ð but it won’t stay empty for long.

A new low-income seniors’ facility will be built at 30 East 300 South in Raymond, thanks in large part to a joint $7.8- million investment that was announced in 2015 from the federal and provincial governments.

The new building will replace Ridge View Lodge, which dates back to 1960.

“It served the residents well, but it’s time to rebuild and we}re so exited that this new one is coming,” said Chris Sopal, north regional Manager, Ridge Country Housing.

“At the time it was state of the art, but by today’s standards, it’s not,” he said.

“So these rooms are going to be so much larger. There will be room for air conditioning, a lot more space for the residents to move around and have their own personal space, as well as lots of room to do different activities; to eat and just relax. That’s really what the lodge is about Ð it’s about residents enjoying their retirement.”

And he feels the lodge does just that, by taking away the stress of cooking, cleaning and homeownership.

“The stigma we have with the lodge is a lot of people think they have to be sick to move in there, and that’s not it. What the Ridge View Lodge is about, is people coming in who can enjoy their retirement and can get rid of the stresses.”

“The residents are really excited, they love the homey-ness of the current lodge, and we hope to bring that atmosphere to this new lodge, but there’s a lot of excitement in the community to see it going up. It has been a long time coming, but we’re very grateful to the Town of Raymond, The Government of Alberta and the federal government for finally getting it all together,” said Sopal.

“We’re excited to see construction start and hope to have a grand opening in the next year or two.”