Rally looks to save Waterton playground

Posted on September 12, 2017 by Westwind Weekly 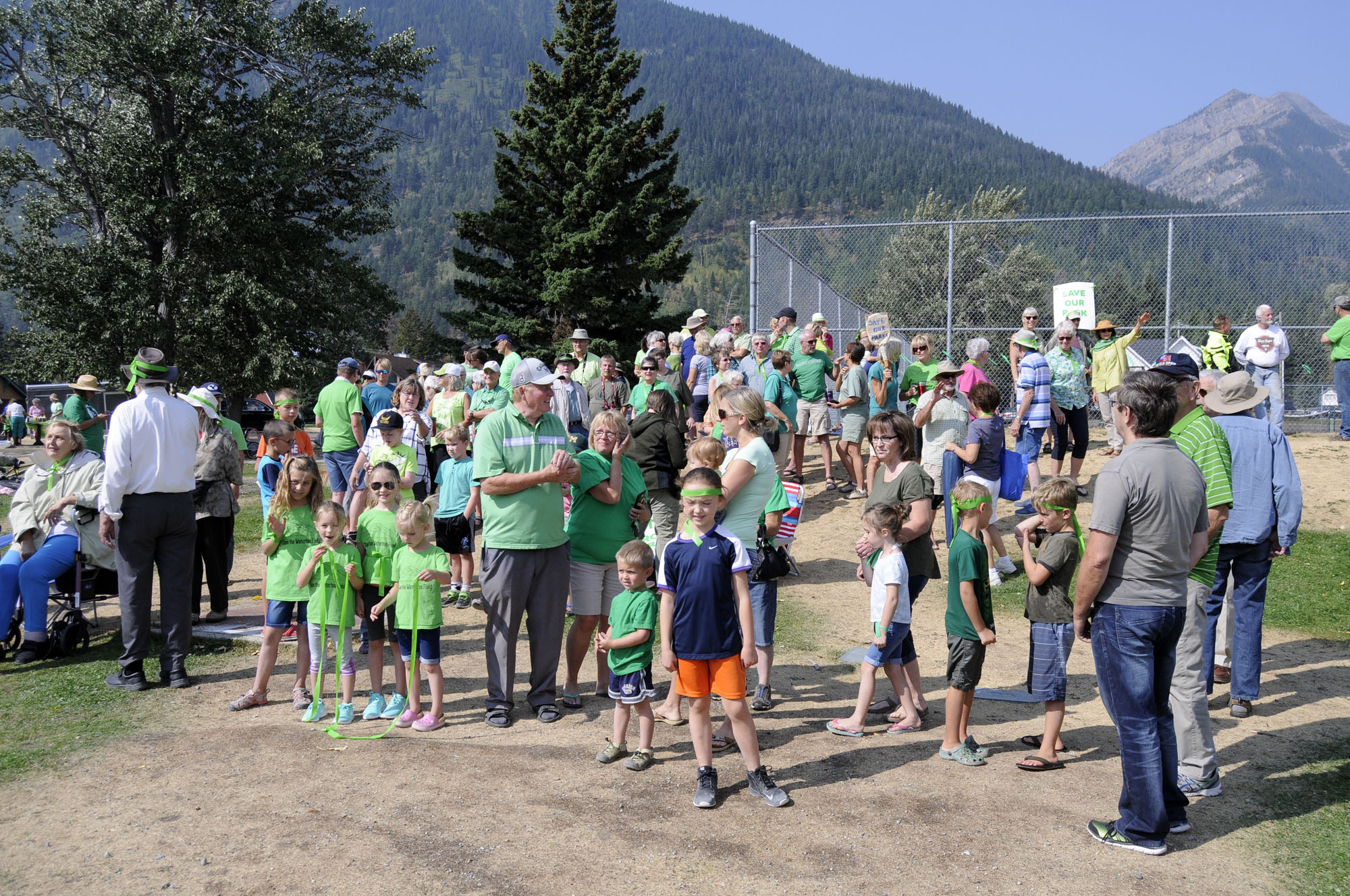 J.W. Schnarr A crowd of people were on hand for the Save the Waterton Field "Party in the Park" on Thursday, intended to raise awareness about a controversial plan to build a new visitor's centre in Waterton Village.

The federal government is wading into the controversy surrounding the planned Waterton Park Visitor Centre.

On Thursday, Jonathan Wilkinson, Parliamentary Secretary for Catherine McKenna, Minister of Environment and Climate Change, was in Waterton Lakes National Park to meet with park management and stakeholders in the area.

He said given the level of controversy on the issue, it was deemed important for an elected official to come and hear from all sides before any final decisions were made.

“There was a lot of consultation Parks Canada did, where they met with stakeholders well before the site was announced,” he said.

He noted, however, there was no town hall forum prior to the announcement, and that could be one reason why stakeholders feel they are being ignored.

“What we have said is that if there are new issues, or issues you think haven’t been fully canvassed, and need more work done on, bring those forward and let’s have a conversation and make sure we have done the appropriate due diligence before we move ahead,” he said.

At the same time as the meeting, the “Save the Waterton Field” held a “Party in the Park” at the location in question, wearing green in support of the group’s fight to have the centre built out of town.

Peggy Lomas lives in the area and said many are upset by the decision to build on the site without proper consultation.

“They say there was input, but the input was asked for after all the decisions were made,” she said. “I think the town needs more breathing space. If they take this whole area up, then we’ve got no elbow room.”

“The more traffic in town, the bigger the problem is,” said Patsy Richardson, a summertime resident. “It’s a big problem as it is.

“Bringing the visitors centre to the town means that every person who comes to the park will come to town – even though they really just want to go hiking in the mountains.”

“We’re concerned about the life of the townsite,” said Lomas. “It’s being killed by parking lots.”

John Barlow, MP for Foothills, said he tried to impress on Wilkinson the general mood of some Waterton residents regarding the centre.

“I think these people just want an opportunity to ensure their concerns are heard by Wilkinson and (McKenna),” he said.

Earlier this year, a Freedom of Information request made by the group revealed some opposition inside the management of the park in regards to the location. Some saw the discussions as proof park staff was trying to push the decision through.

Barlow said there were a number of red flags revealed by the FOIP request, and that it is important that the proper procedures are followed when making these types of decisions. He added while some may never be happy with any decision that allows the centre to be built inside the town, the goal is to make sure a decision is made with all available information

“It behooves us to make sure we’ve done everything possible and make sure everyone is heard,” he said.

But Wilkinson said the FOIP request revealed the normal discussion which takes place in management teams on major decisions.

“What you actually want your management team to do is debate,” he said. “Actually bring different perspectives to the table, and debate ideas and issues so you end up with the best decisions. I think that is what happened here.”

Currently, there is a small visitor centre located outside the village. The centre does not suit the current requirements for space. The new centre could be located inside the town on green space that currently has a popular playground on it.

“These folks have put a lot of time, energy and their own money into trying to raise these concerns It is incumbent on government that they are told one way or another.