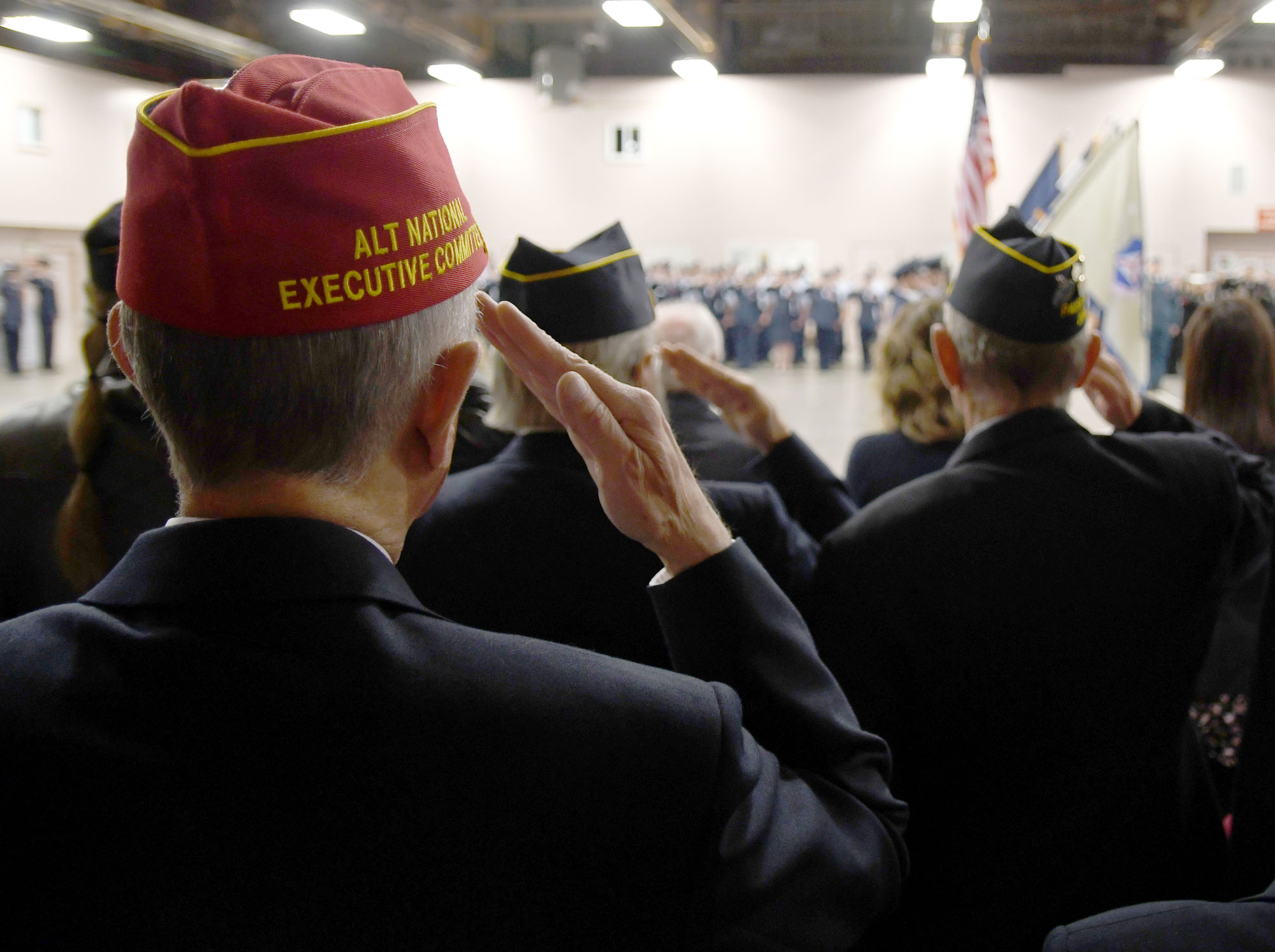 J.W. Schnarr Different generations of military personnel came together for the HART ceremony on Saturday. Hart stands for Honouring Allies and Remembering Together.

Brother nations came together to remember their honoured dead in a ceremony at the Vimy Ridge Armoury Saturday.

More than 100 Royal Canadian Air Cadets, Royal Canadian Sea Cadets, and Royal Army Cadets, along with 97 U.S. Civil Air Patrol cadets from five squadrons, and dignitaries, members of Memorial Cross Families, and two Gold Star Wives took part in HART – Honouring Allies and Remembering Together. The ceremony recognizes the legacy and service of all veterans on both sides of the Canada and U.S. border.

Jeanette Early is a member of Gold Star Wives of America whose husband was killed after his patrol was overrun by enemy soldiers during The Vietnam War.

She said the HART event was an important opportunity for young people to learn about the men and women who came before them.

“It’s an awesome opportunity to see we and our allies come together in this common cause,” she said. “And especially seeing our youth be involved, to learn about the past, the present, and be educated for the future.

“It is an absolute honour to be here,” said Patti Sampers, the widow of a naval advisor who was killed in action in south Vietnam in 1969 and fellow Gold Star Wife. “And to take part in the ceremony here for our husbands. It fills my heart.”

Sampers said the event also provides an important opportunity to reach out to other families who have more recently lost loved ones.

“It gives us an opportunity to reach out and say how sorry we are,” she said. “But also, let them know we’ve already made that journey, and now we are finding joy in remembering those wonderful memories we have.”

“It’s a moment for embracing those who have suffered the same loss,” added Early.

“Knowing that we’re not alone, and that we fought together, so we’re going to embrace each other together.”

Justin Ramey, the Colour Guard Commander for the Citizen Air Patrol, is a cadet from Montana who made the journey to Lethbridge to take part in the ceremony. He said he was honoured to have an opportunity to pay his respects to fallen soldiers.

“We get to meet with Canadians up here, and have a good time, and do something that means a lot to people.”

He noted the importance of honouring the war dead.

“It’s a huge deal,” he said. “If you don’t remember their sacrifice, then what do we have to live for?

“I think it’s something you should be doing just about every day. If you see someone out there, say ‘Thank you.’ They’ve been through a lot.”