Posted on December 1, 2017 by Westwind Weekly 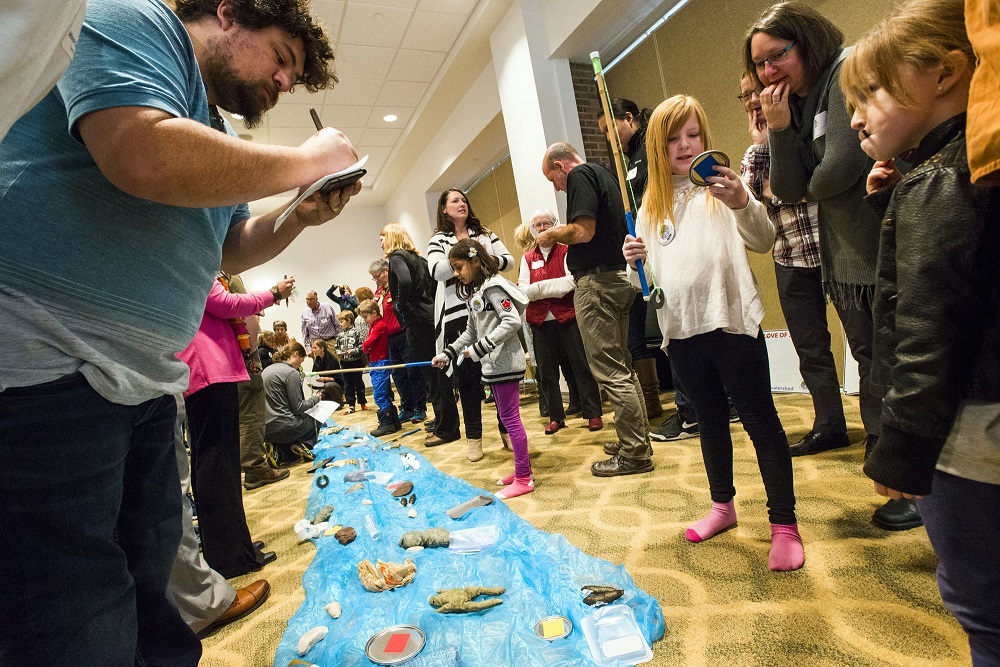 A summer project that challenged local organizations and governments to improve local watershed management wrapped up on Friday.

The Oldman Watershed Council signed up 42 families, organizations and municipalities to the Southern Alberta Water Charter, a commitment to turn talk about water management into action by completing local projects.

On Friday, they held closing ceremonies to get together and highlight those projects.

From the May long weekend to September long weekend, the groups had to commit to completing something that would concretely benefit watershed management and health.

The Charter is based on three main pieces of legislation: the UN General Assembly, which declared safe water a human right in 2010; the Canada Water Act, written in 1985 as a response to the increasing threat of pollution to waterways; and the Alberta government’s 2003 Water For Life strategy for water sustainability.

Shannon Frank, Executive Director for the Oldman Watershed Council, said the initiative shows a broad range of projects which were of importance to their respective communities.

“The most significant thing, for me, is how so many people from all walks of life got involved,” she said.

The City of Lethbridge project was in two parts. The first part involved developing a website which helps people find sources of potable water in the city, including businesses and property owners who have made agreements to provide free water to those in need.

The second part of their project included the development and deployment of a pair of hydration stations used at community events.

“There were about a dozen or so major community events that had these hydration stations set up, so people didn’t have to buy bottled water,” said Doug Kaupp, general manager of Water and Wastewater for the City.

Kaupp said the project is important in reminding local residents about the importance of water and to encourage re-use rather than purchasing disposable water containers.

Dwayne Rogness, Rural Expansion Specialist for the County of Lethbridge and OWC director, said the County was still developing their project as a charter member, but that the plan is to provide research and information to the community in regards to water health within their area.

“We were just highlighting some of the work we’ve been doing with beneficial management practices,” he said. “And then, kind of touch on the invasive weed species we are dealing with in regards to encroachment of those species.”

He said the County is trying to alleviate and balance the footprint of agriculture, a major source of development for the area.

Chris Gallagher, district manager for the Taber Irrigation District, highlighted a number of projects completed by the TID this summer.

TID had three projects on the go, including constructed wetlands east of Taber, a drainwater study to learn about the quality and impact of water coming into area drains in order to better target mitigation, and a strip of canal which is being repurposed to hold, manage and filter flood water.

“All of these different ideas are raising the bar, encouraging awareness and leading to new partnerships,” said Gallagher, noting local governments are getting involved with their work as well.

Magrath Mayor Russ Barnett and Coun. Devar Dahl were on hand to speak about the importance of a local stormwater management project designed to control and manage stormwater.

“It’s been a project that needed to be done for 40 years at least,” said Barnett.

He said the addition of funding two years ago made the project possible, serving an important water management role while edifying the area for the public to enjoy.

“From an environmental perspective, we’ve got to handle things better,” Dahl said, noting the importance of preserving the reputation of Magrath as the “Garden City.”

The Town is also working to bring back leopard frog populations to the Magrath area, and he said the project could be a potential habitat for those animals.

“That just suits our philosophy in that town,” Dahl said.

The Oldman watershed is semi-arid, and yet has an economy based on irrigation-intense agriculture, water is a valuable commodity.

The watershed is one of few in Alberta that is over-allocated, meaning there have been more water licences issued than there is actually water in the river in dry years.