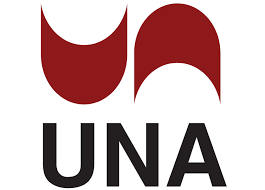 Alberta Health Services (AHS) and the United Nurses of Alberta (UNA) have ratified a three-year contract, which includes a wage freeze for most of its duration and improved job security.
The agreement covers all Registered Nurses and Registered Psychiatric Nurses employed by Alberta Health Services, Covenant Health, Lamont Health Centre and The Bethany Group (Camrose), numbering close to 28,000 nurses in all.
“Our nursing staff are hard-working and dedicated individuals, and this agreement recognizes the important role nurses play in providing patient- and family-centred care,” said Dr. Verna Yiu, AHS President and Chief Executive Officer.
The agreement includes a salary freeze for two years with a requirement to negotiate wages in the third year.
To ensure job security, the agreement includes a very strongly worded Letter of Understanding stating there will be no involuntary layoffs of RNs or RPNs or involuntary reductions in their hours of work for the life of the agreement.
The agreement also features provisions to prevent involuntary full-time equivalent (FTE) reductions for nurses.
It also outlines improvements to the resolution process in place so that nurses have an effective way to raise concerns related to patient care.
“This agreement recognizes the reality of the economic climate of the province and provides strong employment protection for nurses,” said UNA President Heather Smith after the ratification vote results were tabulated.
Other key provisions include limits on the cycle of shift schedules to 12 weeks, as well as improvements in language affecting leaves for maternity and adoption, critical illness of family members, disappearance of a child, domestic violence, union duties, and citizenship ceremonies.
The contract also includes clearer definitions of ‘evening’ and ‘night’ shifts and many other technical improvements and clarifications.
Nearly 90 per cent of UNA members participated in the secret ballot vote and more than 98 per cent of UNA’s locals ratified the new contract.
The agreement expires on March 31, 2020.