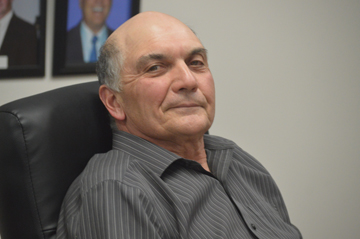 Magrath town council voted narrowly at its April 10 meeting to begin the tender process for its golf course.
The motion put forward by Coun. Brian Oliver was passed 4-3, with Mayor Russ Barnett, as well as councillors Craig Godlonton and Fernando Morales Llan, opposed.
The tender package must be put out by the end of the month. Any buyer will need to guarantee that the property remain an 18-hole golf course.
“It’s not justifiable yet to sell,” said Morales Llan.
“It’s an asset we’ve had for many years … There’s a lot more to learn and entertain before we sell.”
Oliver argued that selling the course would increase the town’s tax base.
The town was approached by a prospective buyer eight months ago, he added.
“A motion today would bring us to a head,” he said. “Either we go through this or not.”
Godlonton said the issue of selling the course came up a decade ago when he first started on council, which he opposed then as he does now.
“We want to support them the best we can,” he said.
Although the club is chronically indebted, they have made all their payments on time, Godlonton added.
Coun. Dewar Dahl suggested that selling the golf course would be the best way to maintain it in the long run.
“The golf course has been a real attraction for Magrath for a long time,” said Dahl.
“It’s like if you have a plant you don’t water. It will die.”
It’s now or never, said Oliver.
“In the world of business, do you wait for an asset to be worth nothing before you sell it?” he asked.
“If the new owner can’t keep it aboard with a huge pot of money, how will the current owner keep it afloat? It’s just not favourable.”