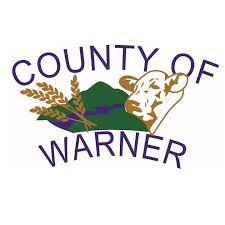 While nearby Taber M.D. and Lethbridge County have had to deal with flooding this past week, the County of Warner has been spared the weathers wrath.
According to county administrator Shawn Hathaway, the county has had minimal road closures and repairs, which he attributes to both luck and hard work by county crews.
“We’ll have probably five roads that need to be rebuilt due to washout,” he said.
The county also hasn’t had any evacuations, either voluntary or mandatory.
The county was “lucky” to not have had flooding like other areas in the region, particularly since there was an abundance of snow melting in recent days.
“There was lots of snow,” said Hathaway. “We’ve had flooding. Our crews have just been working seven days a week to clear culverts and ditches to keep the water flowing. “
He also attributed credit to county workers.
“We have our crew that go out and they barricade roads that require it,” Hathaway said. “We have a truck with a Hotsy system we can thaw culverts with.”
He says it’s unlikely that there will be more significant flooding in the coming weeks.
“We think we’ve seen the worst,” Hathaway said. “There’s still more water to come through as the spring thaw comes, but as the thaw comes out of the ground, (we’re) hoping a lot of it is absorbed.”