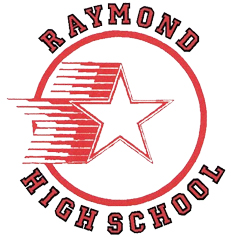 A weekend tournament in Vulcan provided a glimpse into the future for the rugby program in Raymond.
The Comets entered a junior-varsity team into the senior-varsity tournament, as the Raymond squad boasted Grade 10 and Grade 11 players, with a sprinkling of Grade 9s.
“It was in preparation for next year, to see what next year’s team is going to look like,” said Comets rugby coach Dan Bikman, as he spoke about the purpose of the tournament. “They played very well.”
That might be a bit of an understatement, as the young squad went a perfect 4-0 en route to a tournament championship, which culminated with a 45-0 win over Stettler in the final.
“The kids were flying,” said Bikman about his team’s performance in the championship game.
After three game, he added his team had built a ton of momentum, and chemistry, and a paid off with a dominating performance in the last game of the tournament.
“One of the benefits of taking the kids to a tournament is it really has them gelling as a team.”
It really didn’t take long for the young players to gel, as Raymond began play with a 35-5 win over Stettler, in the first meeting of the two teams in the tournament.
“They’re a good team,” said Bikman of the Stettler outfit. “They’re a young program, only three years old. I was really impressed with them. We got up by 20 and they played with the same level of compete until the very end.”
The St. Francis Browns came up next for the Comets, and Raymond rolled to a 40-0 win.
“They had lots of good athletes,” said Bikman of his team’s second opponent. “It was back and forth for the first few minutes.”
The tide eventually turned, as Raymond built a 20-0 lead at the half and cruised home from there.
In the crossover playoff game, the Comets took down Holy Trinity by a score of 35-0.
“They were a good team and they played good defence,” said Bikman, who added his team simply wore down its opponent as the game wore on. “Our system and our program has a depth of athletes. It was just the flow of play in the game, our system and the fact all of our kids are confident catching and running with the ball.”
Success for the junior team was not the only positive for the program last week, as the senior team also posted two wins, as Raymond earned back-to-back wins over Lethbridge Collegiate Institute. In games last Wednesday and this past Monday, the Comets scored in triple digits in both contests, and did not allow a single point.
The junior and senior teams were scheduled to face Winston Churchill Wednesday in league play (scores were unavailable at press time).
Raymond’s senior-varsity team will be in Red Deer for a weekend tournament, where Bikman hopes to once again face a familiar foe in the final.
“Notre Dame from Saskatchewan is usually a really good team and we usually meet them in the final. They have a ton of compete.”
The coach added Red Deer’s Lindsay Thurber and Notre Dame will also be two tough opponents, along with the Edmonton-area outfit from Sturgeon Composite.