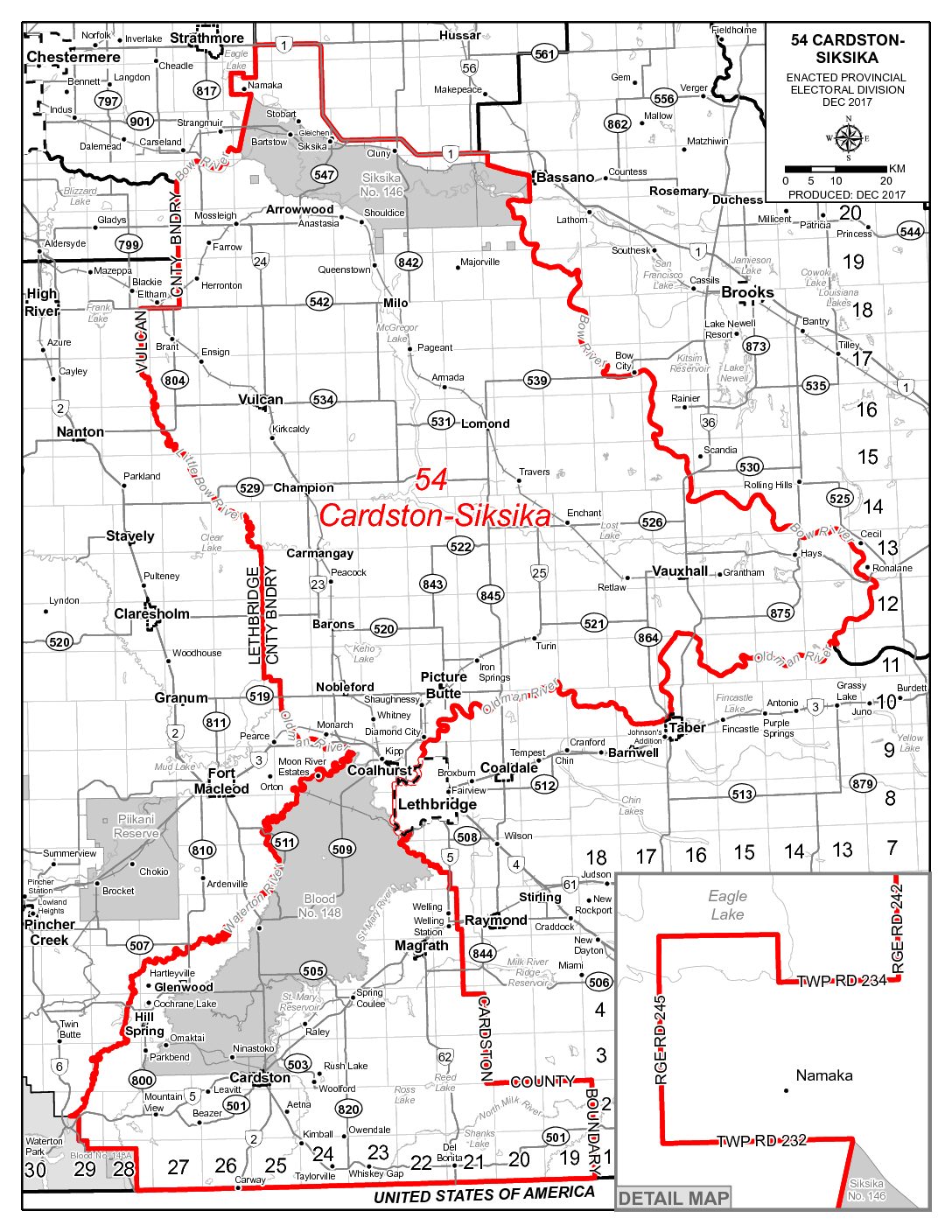 New provincial election boundaries have eliminated the current Little Bow riding and split Cardston-Taber-Warner in two.
Voters in Magrath and Cardston will be voting for the Cardston-Siksika MLA, while Raymond and Stirling will be electing a representative for Taber-Warner.
The northern boundary for Cardston-Siksika is Highway 1, just north of Siksika No. 146 reserve.
The western border includes the Bow and Waterton Rivers, as well as Vulcan and Lethbridge County Boundaries.
To the east, the riding ends at the Cardston County Boundary, as well as the Oldman and Bow Rivers.
The southern boundary is the U.S. border.
In addition to Magrath and Cardston, the riding includes Vulcan, Vauxhall, Coalhurst, Picture Butte, Milo, Nobleford and Carway.
Not all parties have contestants or candidates in the Cardston-Siksika riding yet.
Alberta Party: No candidates registered in the riding as of press time, according to Alberta Elections.
NDP: The governing party has yet to put forward a candidate for the Cardston-Siksika nomination.
UCP: As previously reported in the Westwind Weekly, Cardston-based political consultant Joseph Schow is competing with Marc Slingerland, the principal of Calvin Christian School near Coalhurst. Voting will occur from June 25-27.