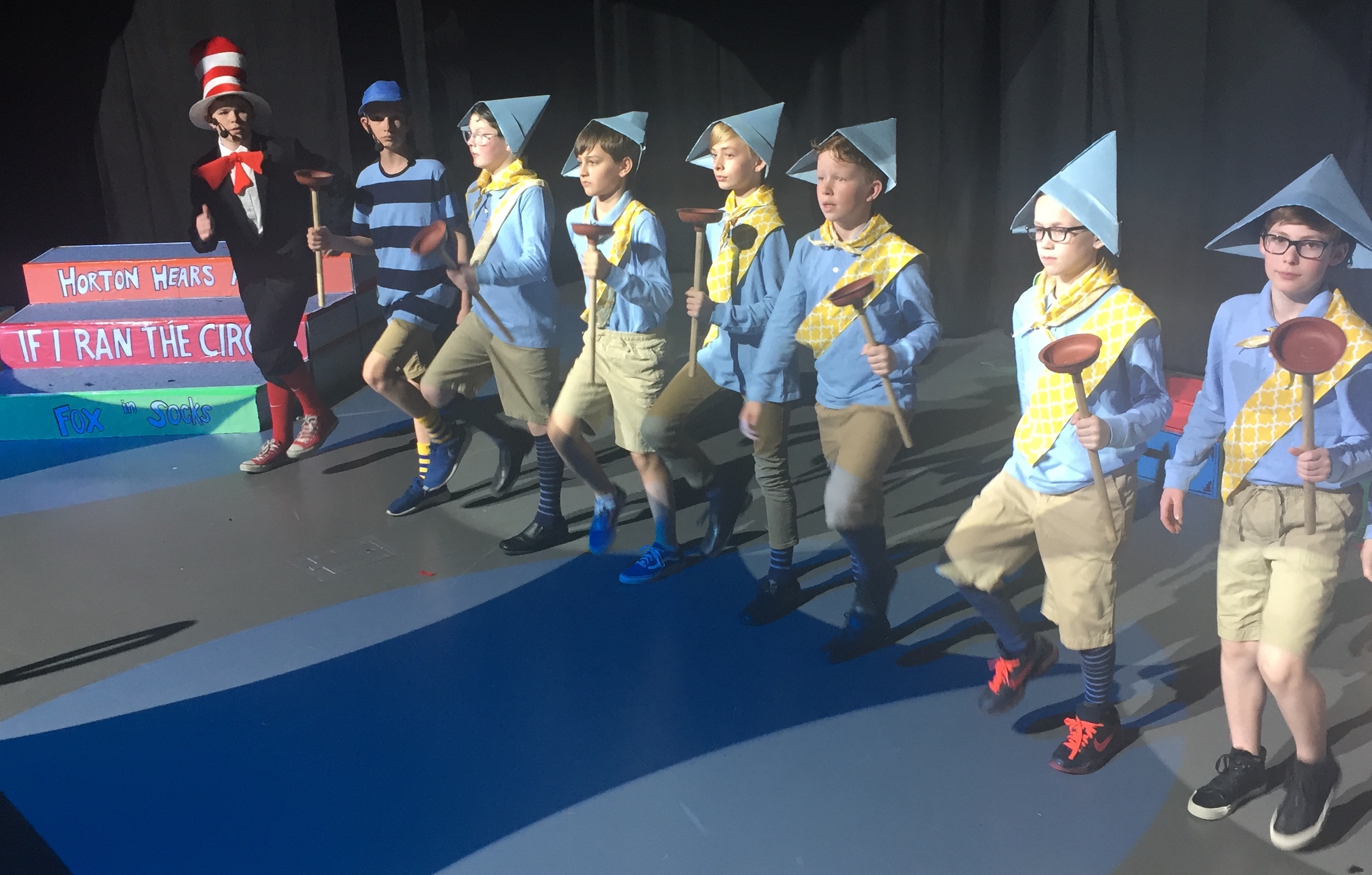 It’s fantastical, magical and it’s a musical! Stirling School proudly presents its fifth production “Seussical” — a complex amalgamation based on the beloved books from the mind of the legendary Dr. Seuss. The live theatre production runs until this Saturday. Tonight and Friday the musical starts at 7 p.m. On Saturday, the production starts at 5 p.m. Tickets can be purchased at the school and are $10. For more information contact Lana or Amanda at the school at 403-756-3355.

“They’ve taken about 15 different Dr. Seuss stories and woven it into a musical. It’s the story of Horton the elephant trying to save the Whos on the speck of dust he finds,” explained volunteer Director Mandy Nilsson.

“He discovers this speck of dust that is actually a tiny planet and nobody believes him and he’s trying to save this whole race of tiny little Whos — who are just trying to survive in the universe,” she added.

A lot of people are involved in this year’s production, Nilsson noted. “We probably have just over 80 kids — cast members in the play. And then we have seven or eight kids doing tech for us we trained running the lights and the sound,” she said, adding there are also two other volunteers heading up the show.

Nilsson said this year’s show is bigger than any of the other shows the school has put on. “We have this brand new theatre at Stirling School. We are trying to open this theatre with a bang — with a big, huge production.”

“We have kids all the way from Preschool to Grade 12 in it,” she said.

Nilsson said working behind the scenes on a larger scale production has been great and she loves working with the kids. “My co-directors are fantastic,” she added.

Stirling School’s brand new theatre, in the Westwind School Division, is state-of-the-art, she noted. “The division gave us really great equipment and came in and trained us on it. It’s fun to be able to do a big production like this and have the resources to do it. We’ve had a lot of help from community members and parents volunteering. The teachers at the school have been helping us with sets. I definitely can’t take credit for it because many hands have gone into doing a production with 80 plus kids.”