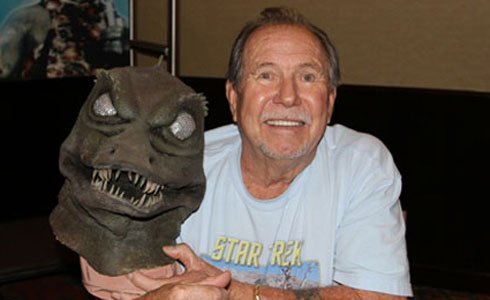 Vulcan’s ultimate all things “Star Trek” annual convention beams into southern Alberta July 26-27 with plenty of special guests and activities for the whole family including a cosplay contest, the Red Shirt Union, meet and greets with special guests, photo ops and autographs, special guest Q & A, a vendor’s market and a cabaret.

This year’s show features stuntman and actor Bobby Clark (best known for his role as the Gorn from the original “Star Trek” television series that started it all), Spock look-a-like Jens Dombek, Tracee Cocco who has been featured in over 100 episodes of a wide-assortment of “Star Trek” incarnations and Mary Chieffo who currently portrays Klingon Chancellor L’Rell on “Star Trek: Discovery.”

According to Vulcan Tourism Visitor Service Advisor Rita Hovde, the event has a good fanbase of Klingons, so fans will be extremely happy with Chieffo’s appearance at this year’s southern Alberta attraction. And as for Dombek, “He translates ‘Star Trek’ for Germany and he also happens to look very much like Spock. He’s excited to be a part of our event.”

Vul-Con, she explained, has been going on for over 15 years in some shape or form.

“They have a combination event between the town and the ‘Star Trek”-themed group. At first it was called Galaxy Fest, but it kind of wharfed into Spock Days. And then at some point during the timeline they went their separate ways. The town had their own parade weekend at the beginning of June and then the Vul-Con ‘Star Trek’ event was pushed to the end of July,” she noted.

“It is quite a privilege,” she said, to host an event such as this in southern Alberta. “It’s just a beautiful partnership and having Leonard Nimoy come here himself, that was just so spectacular for the town and we want to continue paying homage to him. He was a wonderful man.”

Next year, she added, a 10-year celebration will be held as the anniversary of Nimoy’s visit. “We’re looking hopefully next year to do a predominantly Spock-themed Vul-Con, in honour of him and his visit.”

Tickets for the out of this world event can be purchased online at vulcantourism.com. “We recommend you get the VIP, because you get everything you need,” Hovde said.

Clark, one of this year’s special guests, has appeared in four episodes of the original “Star Trek,” which included an iconic fight scene with Captain Kirk played by Willam Shatner.

“I love coming up to Canada,” Clark said, adding he has visited Canada many times for pop culture expos and shows. “I seem to get along all right with all the fans. I do pretty good with them, I guess,” he joked.

Clark said his working life on screen and the longevity of the original “Star Trek,” which includes his roles, is the surprise of his life.

“I’ve been a cowboy most of my life and I’ve done westerns. Practically, I’ve done just about all the westerns ever on television — starting off at ‘Rawhide.’ I started off at the bottom floor there, that was just after I got out of the service. It just seemed to be I kind of fell into everything I tried to do — except I never made a leading man,” he joked.

“That’s been my whole life — working in the movie pictures,” he said, adding prior to that he did a variety of different work including digging wells, painting houses and trimming trees.

Some of Clark’s stunt work includes “Gunsmoke,” “The Virginian,” the original “Poltergeist” and “2001: A Space Odyssey” — to name a few.

“I started out in the business as an extra,” he explained. From there, he thought, anybody could fall off a horse. “That’s the easiest thing in the world to do. So I decided, maybe I will start doing that.”

But, there’s a lot more than that to become a stuntman, he noted. “You’ve got to be half crazy,” he joked. “And you’ve got to be physically capable of doing things.”

Clark joked — with the crazy part, he would be asked questions like — “Who wants to fall down three flights of stairs, on purpose?”

“That’s what it is like to become a stuntman. After working at that, they started hiring a stuntman to come in and do a small part, where it’s got dialogue and then you get shot,” he joked. Later on, Clark said, he became a stunt co-ordinator. “I’ve been in the business over 50 years.”

Everybody asks Clark how did it feel to fight Captain Kirk. “Well, it was a job. To me, it was a paycheque.”

Clark said he did his first convention in 2000. “We filmed the show in 1966 and it aired in 1967. And I’m still doing conventions and I’m happy to be doing them,” he said, adding he enjoys introducing fans to Bobby Clark the stuntman too. “I’ll keep doing these conventions, if they’ll have me.”

According to Clark, the children’s charity Project: Wish Upon A Star Organization, which is known for connecting young patients with pop culture artists and events including many fan-based franchises such as “Star Wars,” “Star Trek” and Marvel — is also dear to Bobby and his wife’s hearts. “It’s something we do and we donate our time,” he said, adding even the late great comic book legend Stan Lee was a part of the project.

For Vul-Con vendors at the July 27 market, tables are being offered for $50 each and power can be supplied for an additional $20.