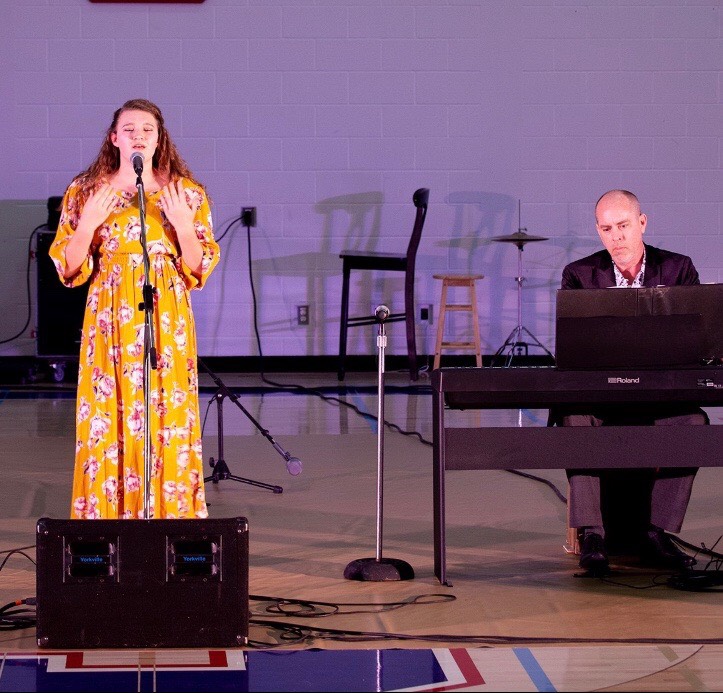 Cardston’s Rayden Thesen was this year’s winner of “Chautauqua’s Got Talent 2019.” The 15-year-old local singer won first place in the area’s talent contest, earlier this month.

Thesen said she has been singing since she was four years old. “So a really long time.”

For “Got Talent,” Thesen noted she sang the cover song “Rise Up” by Andra Day and “Feeling Good,” which she decided to switch up a little bit.

“I incorporated all three versions of it, so the Nina Simone version, the Muse version and the Michael Buble version,” she explained.

According to Thesen, the “Got Talent” contest gave her a chance to perform on the same stage with other performers she got to meet during the contest.

“From Cardston, you just see all the same people sing. It was really cool to meet new people and to see other people’s talents. Some people there were so amazing,” she said.

She was also surprised to win first place. “There was this one professional guy there and I thought to myself, he’s for sure going to win. And then they called his name third and I was like, what?”

Thesen said she is a solo singer and she usually performs in talent shows or in plays. “I’m a very theatrical person.”

“I kind of just go around Cardston. I’m currently in ‘Beauty and the Beast’ in Magrath and I was in ‘The Little Mermaid’ in Raymond a couple of months ago. I just do that kind of thing,” she noted, adding the Magrath show runs this fall.

Thesen said she loves performing so much. “It’s the best feeling in the world. For me, when I step on the stage I zone out of everything that’s going on and I get into this bubble of myself and I just perform.”

She also loves going to concerts, she said. “The loud music is my favourite thing. Everyone at concerts are so nice. I meet so many people. The energy there is so much fun,” she said.

Thesen added she would like to continue more musical pursuits in the future and she’s also looking into the fine arts once she is done high school and is looking into becoming a nurse.