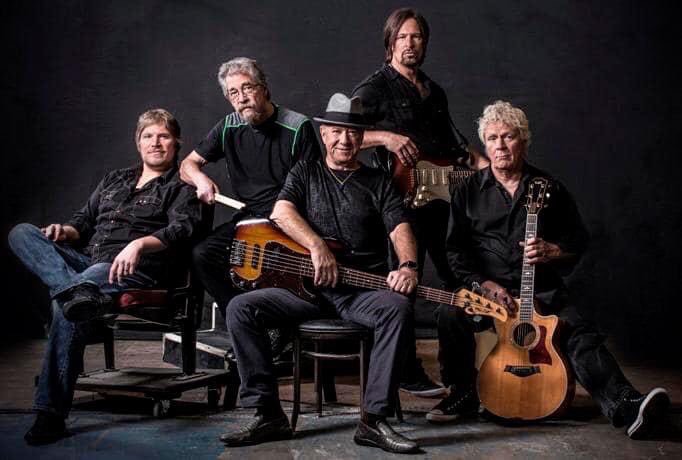 Rock and Roll Hall of Famers drummer Doug Clifford and bassist Stu Cook were a part of the original CCR rhythm section and launched Creedence Clearwater Revisited in 1995.

Clifford said the band comes out on stage and celebrates the music in the finest of fashion during a live show and its bittersweet, as the band begins to wrap up its final tour. “It’s going to be quite a change not going out,” he said.

“All things eventually will come to a conclusion, of some sort. This is our 25th anniversary — we thought that would be a good one to end on and we’re going to finish up in New Zealand in January of next year,” he noted.

Creedence Clearwater Revival’s distinctive swamp rock went against the grain of the 1960s psychedelic San Francisco sound and won a worldwide following and numerous gold and multi-platinum singles and albums. After CCR disbanded in 1972, Cook and Clifford — who had played together since junior high — remained close. The band’s hits include “Susie Q,” “Lodi,” “Proud Mary,” “Down On The Corner,” “Fortunate Son” and “Who’ll Stop The Rain.”
When asked about his thoughts on being able to head back out on the road in 1995 and tour for another 25 years, Clifford said he thought it was out of the question, at the time. “This is our last run,” he said, adding he knew this day would come. With both Clifford and Cook now having grandchildren, the time to exit performing on the world stage was inevitable.

One country, whose citizens opened their ears to classic CCR tracks upon the band’s formation and still today, is Canada. Canada, Clifford said, has been great over the years. “It’s been a lot of fun plus Canadians also know how to make beer,” he joked. Medicine Hat, of course, has great local breweries. “I’m looking forward to it,” Clifford added.

Fifty years ago, Clifford and his original CCR bandmates played the ultimate peace and music festival in August 1969 — Woodstock, which was one of the most influential outdoor concerts of all time. “Time flies when you’re having fun,” he said, adding the event can never be recreated, even though promoters continue to try.

“The challenges the audience was put up against were just unbelievable. They didn’t get violent, they shared — sometimes with complete strangers, whatever it was they had,” he said.

After contemplation and retrospect about Woodstock over the years, Clifford offered a little insight, which was shared by bandmates and other performers at the momentous event. “It wasn’t about the bands, it was about the audience.”

“Once you got inside it was a logistical nightmare. Inside the event, we could see it — the people were playing in the mud as it rained, laughing and having just a terrific time under the worst of conditions,” he said. “Who knew — there could have been a riot and it was anything but that.”

Don’t miss the final tour of Creedence Clearwater Revisited during the Medicine Hat Stampede Night Show. Tickets available at the Stampede Office, by calling 403-527-1234, at the Medicine Hat Mall Guest Services or online at mhstampede.com/summer-stampede/night-shows. Show starts at 9 p.m.

Clifford added he invites fans to, “Come join the final rival tour with Stu and I.”