Wilcox is Magrath’s Citizen of the Year 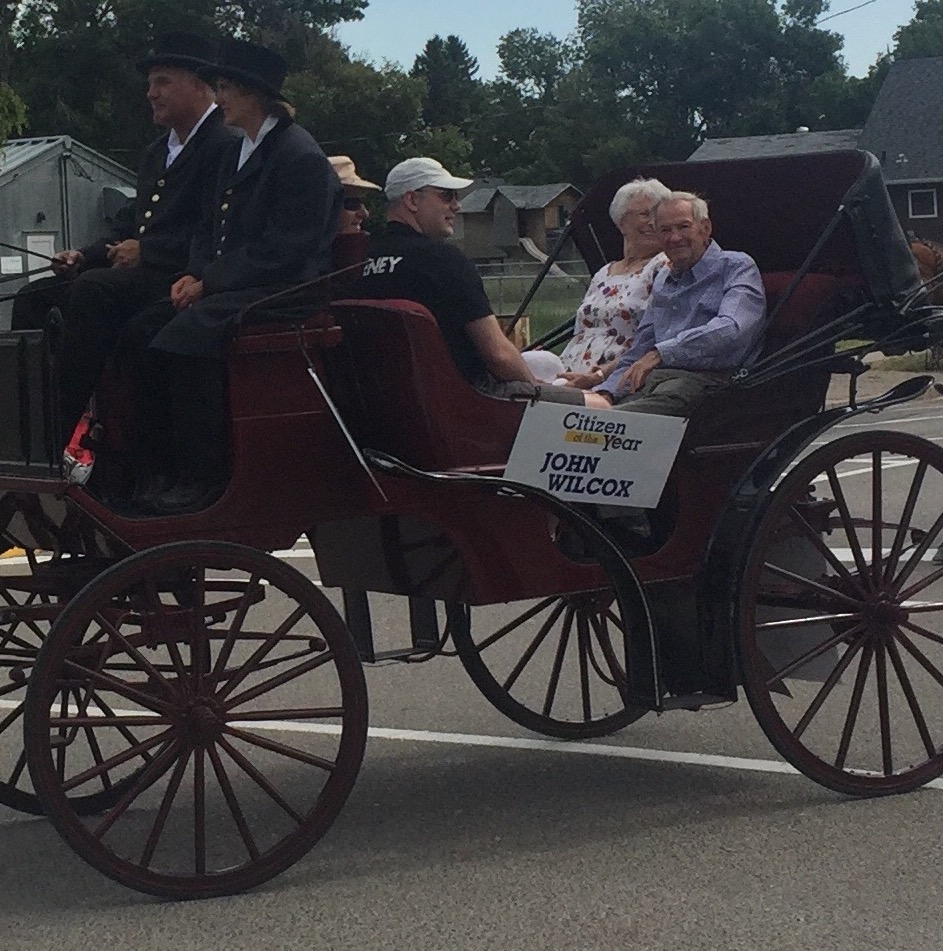 John said he was surprised to be selected as the town’s Citizen of the Year and it was an honour he hadn’t anticipated. “For some reason, the Magrath Chamber of Commerce said ‘You’re the guy,’” he joked.

Wilcox and his wife moved to the Town of Magrath in 2001. “We came from Calgary. I was raised in Calgary and we raised our five boys and our daughter in Calgary. I went to high school in Calgary and I went and served in a British mission and when I came back I went to BYU and took a course in Industrial Management,” he explained.

Wilcox’s first career, he noted, was in Petroleum Economics evaluating construction projects, pipelines and the like. “Then my company was sold, so I went and worked with my brother in a management consulting business and travelled all over northern and western Canada,” he said.

According to Wilcox, he and his wife had an opportunity to travel to the BYU Jerusalem Centre in 1997.

“We went and spent 18 months in Jerusalem and went to Egypt and Jordan — all over Israel. I was the branch president. Then we came home and all of a sudden we thought hey we’ve got to make a move,” he said.

So we came down to Magrath and checked out a house, he said. “There was no door on the front. We came in and there was a ladder to go into the basement. We went down there and I just felt — this is home. So we put our house in Calgary up for sale. We sold it in 10 days,” he said and they bought the house in Magrath.

On New Year’s Day 2001, community members came together to unload the Wilcox’s belongings and the rest is history. “That was our beginning in Magrath,” he added. “It was just a delight.”

John’s involvement in Magrath was first with the Magrath Public Library. “I was on the library board and started to do variety shows every year for fundraisers. I started doing that with the museum board. I don’t know, 12 or 14 years in a row I organized the variety show for the Down Home Dinner and was the master of ceremonies,” he noted.

But he finally ran out of new jokes, so he retired — John joked.