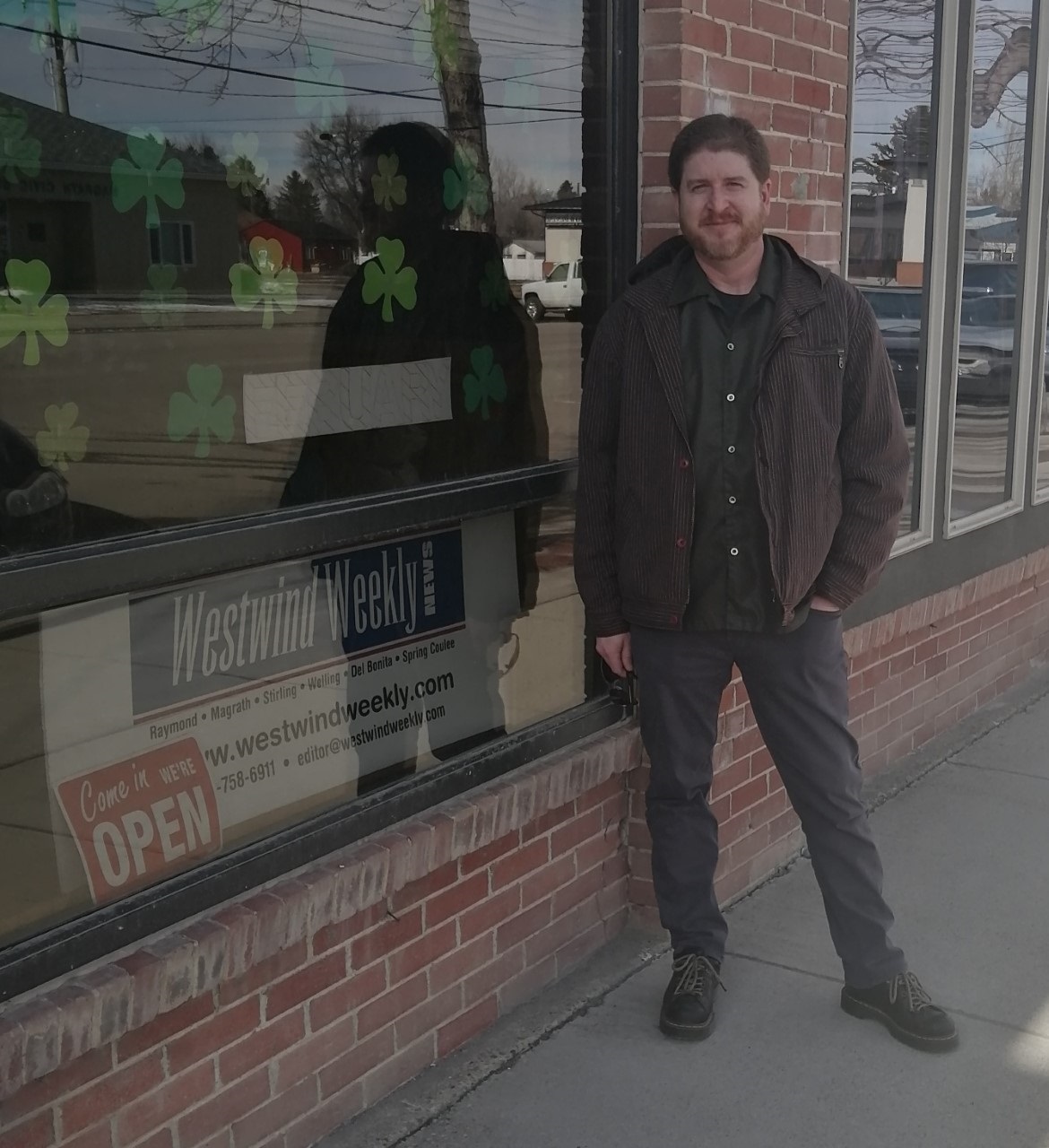 Trevor Busch has been a part of the Alberta Newspaper Group for the past 12 years and he’s definitely no stranger to southern Alberta and the weekly community newspaper world. Busch, a reporter and photographer for the Taber Times and Vauxhall Advance can now add editor to his resume, as he takes over the helm of the Westwind Weekly News.

“I’ve spent most of my time in those markets,” Busch noted. “I did my practicum, when I finished college, at the Sunny South News in Coaldale.”

Busch pointed out he’s pretty familiar with the area and spent many years growing up in Lethbridge.

“I’ve been working in the industry for quite a few years now and this opportunity came up, so I decided to take it on,” said Busch.

Personally, Busch likes to spend his time these days watching baseball and he even played the game throughout his life. He also enjoys curling. “Some of my other interests, I really like to read a lot and write. I’m a bit of a book collector and/or bibliophile. I do write a lot of book reviews too,” he said, adding post-apocalyptic literature would be one of his favourite genres and he would list George Orwell’s “1984,” as one of the top contenders book-wise.

According to Busch, he spent many of his formative years in Saskatchewan – but, was born in Olds, Alberta. “I ended up coming back here after university. I received a BA degree in History at the University of Saskatchewan and then ended up coming to Lethbridge College to take their media program. That’s how I got back to southern Alberta again.”