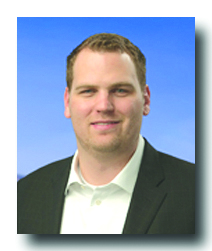 The United Conservative government has released their second budget in a matter of six months, and Cardston-Siksika MLA Joseph Schow is excited at the prospects it will bring to the province.

Released in late February, the 2020 budget predicts a $200 million decrease to the deficit bringing the overall number to $6.8 billion, though the projected total debt projects to increase to $88 billion by 2023.

From the fall budget released last year, that 2023 total is down from $93 billion, which was originally predicted.

“It’s another step towards keeping our campaign commitments. I’m very excited about this budget and what I am most excited about was not only are we on track for the fiscal plan to be laid out but we’re actually ahead of schedule,” said Schow.

The UCP government is forecasting $49.9 billion in revenue against $56 billion in expenses in 2020.

The Job Creation Tax Cut is a continued focus on the government as the province’s corporate tax rate has been slashed from 12 per cent to 10 per cent.

On Jan. 1, 2021, they are scheduled to reduce it to nine per cent and the following year it will be down to eight per cent.

When it hits eight per cent, Alberta’s combined federal-provincial corporate tax rate will be 30 per cent lower than the next lowest province and lower than 44 U.S. states, making our province one of the most competitive places to invest in North America, according to alberta.ca.

“Unlike the previous government, we are actively seeking investment in our province. It’s not the government’s job to diversify the economy, it’s the government’s job to create an environment where the economy can become diverse. That’s the most important part of the Job Creation Tax Cut, we want to become the most competitive jurisdiction in the entire country and in North America. When we were down to that eight per cent tax rate that we had promised, down from 12 per cent. I’m just so excited that we also have a premier that is actively soliciting and attracting businesses to come to the province and to set up shop. I think we are going to see a lot more of that, especially with the premier saying ‘when it comes to the commitments we have made to you, you ain’t seen nothing yet.’ I can assure Albertans and anyone reading this, we are doing just that. It is a great time to be an Albertan and it’s only going to get better,” explained Schow.

With education funding remaining at $8.3 billion, the 2020 budget introduces a new funding model to ‘give school boards more flexibility in how they manage their resources while making the best use of public funds for students.’

“There were no surprises there,” stated Schow about education funding. “People were holding their breath and we kept saying that education funding is going to be the same. We made that commitment and that is the reality. Education is vitally important to the future of our province and we recognize that. That has remained unchanged and in fact, every school board across the province has seen an increase in funding this year from the last budget and that is really just to help people understand that funding for education is about sustainability and predictability. That is what I heard a lot from my constituents and school boards. They just want to know what they are getting and what they can plan for in the next school year. I absolutely back our education minister, she is doing a tremendous job fighting for the students in the province.”

Meanwhile, post-secondary funding went down from $5.5 billion to $5.1 billion.

The 2020 Capital Plan has an investment of $1.5 billion over the next three years to support new schools and modernization projects currently underway in Alberta.

Overall, the government projects $19.3 billion spent in the Capital Plan over the next three years.

The government states they are also committing to $500 million over the next three years to provide up to 80,000 more publicly funded surgeries to people within clinically recommended times.

Another portion of health funding sees a new 20 per cent vaping tax on devices and liquids.

“I think we just want to take into consideration the entire health and safety of our province. We know vaping has negative effects and it is really important that our province takes this risk seriously. If we want to reduce the cost of health care while also maintaining world-class health services. It also includes education and talking about vaping and making sure people know the risks of that. We have maintained our health spending where it is, but wherever possible, we’d like to reduce the necessity of health care when it comes to harmful substances we are putting in our bodies, like vaping or smoking,” added Schow.

“I think the budget in general is what excites me. Often times, political parties and leaders make commitments during campaigns that they know they can’t keep,” said Schow. “That is the exact opposite of what our premier has done. We have laid out a robust policy agenda, commitments that we are knocking off with every bill that we introduce in the legislature and this budget is part of that. I’m most excited that we are keeping these commitments, and I knew we would but we are proving it to Albertans that may have been sceptical.”