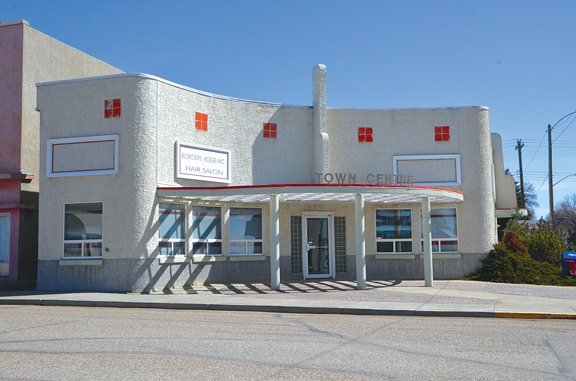 ART DECO: The Milk River area was first settled around the beginning of the 20th century. Milk River was incorporated as a village on July 31, 1916, and then became a town on March 15, 1956. WWN PHOTO BY TREVOR BUSCH

Cooperating and sharing resources is an important aspect of the pandemic battle as financial resources are low.

Look no further for an example of this than three communities in southwest Alberta.

The County of Warner, Anderson says, will continue to support, share and encourage the key messaging and ongoing recommendations that are being released by Alberta Health Services (AHS) and the Chief Medical Officer. Currently, Anderson says, her job includes providing support to the residents, administrators and elected officials within the municipalities of the County of Warner Regional Emergency Partnership (CoWREP) “Long story short, my job is to ensure compliance with applicable legislation on behalf of the municipalities I represent,” Anderson says.

“As my role relates to health and safety it includes the development, implementation and maintenance of legislatively compliant workplace safety management system for both the County of Warner and the Town of Milk River. I am a recognized Municipal Health and Safety Advisor by the Alberta Municipal Health and Safety Association which includes the essential competencies of program auditing, incident investigation, hazard assessment, formal inspections etc., applied specifically to municipal operations.”

Anderson says that her role involves conducting inhouse training, new hire orientations, investigating incidents within the municipalities and reporting to Occupational Health and Safety and the Workers Compensation Board where necessary, serving as a liaison between them and the municipality. During an event, Anderson says, she is authorized to act in an incident command role as DEM for any of the partnering municipalities. Anderson says that role also includes development of new plans, integration of existing plans and implementation of both as it relates to items like evacuation and response.

“In terms of the effect COVID-19 has had upon my work, I have definitely been busier in terms of call volume,” Anderson says. “I’ve also spoken with people who have questions about specific events that they had been planning to host, people looking to understand regulation, people looking for direction and/or clarity on some of the regulation that has been changed. I’ve even taken questions surrounding the local authority and how all the pieces fit together.”

Anderson was born and raised in Calgary, moving to Southern Alberta in 2005 to attend school in Lethbridge. She took both the Disability and Community Rehabilitation and Special Needs Education Assistant programs while at school and worked in that field for a few years before making the jump to municipal government. Anderson has also taken schooling in Occupational Health and Safety and is nearing completion of the national advanced certificate in local authority administration through the University of Alberta Faculty of Extension.

Before taking on her current role with the County of Warner, Anderson worked in the Recreation Department for the Town of Pincher Creek. Prior to that, she had taken some formalized safety schooling through SAIT which allowed her to move into the Operations department and serve as the Ops Admin for eight years.

“I loved my job in Operations; it was so diverse that it allowed me to really explore so many different aspects of municipal government,” Anderson says. “Following the Kenow fire in 2017, I had the opportunity to shift my focus into Emergency Management. When the position came up in Warner, I jumped at the chance to apply. I have always been intrigued by the idea of a collaborative approach to emergency management, so taking on the challenge of building a regional plan that would suit each of the partner municipalities really appealed to me.”

During the past two years with the County of Warner, Anderson has had the opportunity to develop many key relationships with industry experts and key partners including AHS, the Alberta Emergency Management Agency and several municipalities. These pre-established relationships have been an incredible asset throughout this event as they have contributed to the ease of working with outside organizations.

Anderson has had the opportunity to take part in a few initiatives, including membership within the South Zone all Hazard Incident Management Team, which is at expanding emergency management capacity throughout the South Zone in a meaningful and sustainable way. She has also acted as a stakeholder representative and student mentor to the NAIT Emergency Management Diploma program.

“The chance to participate in these types of ventures, to contribute back to the community and support further learning is something that I take a lot of pride in and love that the County of Warner is incredibly supportive of,” Anderson says.

In addition to working for the County of Warner, Anderson is a mother of a 13 year old son and 4.5 year old daughter who split their time between Coutts and Pincher Creek, where their father lives.

“My natural area of expertise is very linear and relates to the development and implementation of programming,” Anderson adds. “I’m a human though, so I am also very drawn to the concept of helping people and this is a way that I believe I can do that meaningfully.”