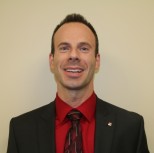 Once considered anathema for a belt of dry communities in southwestern Alberta, new provincial legislation could make liquor sales a reality in municipalities where this activity has been banned for decades.

Bill 2 (the Gaming, Liquor and Cannabis Amendment Act) received first reading in the Alberta legislature on Feb. 26. The Bill would amend the AGLC Act to rescind Sec. 54 that currently prohibits liquor licensing in certain areas of Warner and Cardston counties.

“Bill 2 was originally going to come into effect on April 1 but they actually haven’t moved forward with passing that into law,” said Village of Stirling Mayor Trevor Lewington. “It removes the prohibition restrictions that have existed in this area since about the 1950s. That’s interesting…what it allows potentially is for businesses in this area — in fact the whole area, whether it be Cardston, Magrath, Raymond, Stirling — potentially to apply for a liquor license. Historically, under the province’s rules, this has not been allowed.”

The village hosted a survey of residents on Bill 2, which closed earlier this week (May 19), to gather feedback on the potential impacts of the new provisions for alcohol licensing. Some 335 people weighed in.

“Council has previously received correspondence from a business owner indicating an interest to seek a liquor license as part of their business operations, so an application under the revised rules is probable should the legislation pass,” reads a statement on the village website.

Lewington detailed the municipality is still examining the implications of the legislation, but restrictive covenants on property titles related to the sale of liquor in the village could throw an additional wrench in the works for prospective business operators.

“One of the complications, though — and we’re still digging through this — is that when this land was sold by the railway to the (LDS) church, the community was founded by the church, there was a restrictive covenant put in place. So actually on my title for my morgage, there’s a restrictive covenant that says I won’t open a bar or sell liquor. That’s been in place since about 1901. The provincial law doesn’t address those restrictive covenants. So if there’s people — for example, perhaps the restaurant here in town — if they wanted to move forward with applying for a liquor license, even once the province makes the change on the law piece, we still have to go through what does that look like with restrictive covenants and zoning. So it’s much more complex.”

The village anticipates the changes to the legislation could come into effect later in 2020. The legislation requires any licensing application forwarded by the AGLC to a municipality for consideration must be responded to within 90 days.

In order to ensure compliance with public health orders prohibiting gatherings of more than 15, this year’s annual Settler Days events and all related activities are cancelled.

“Making this decision now ensures volunteers do not invest any further time or effort into planning the event, and that funds originally budgeted for Settler Days can be set aside and put towards a potential event later in the year,” said Lewington in a May 7 statement on the village website.

As a result of public health orders restricting operation of recreational facilities combined with the prohibition on gatherings, the Stirling Pool will remain closed for the 2020 summer season.

“I know this will be disappointing to many families,” said Lewington in a statement. “Our public works team will use the time to upgrade mechanical systems and refurbish the pool if possible.