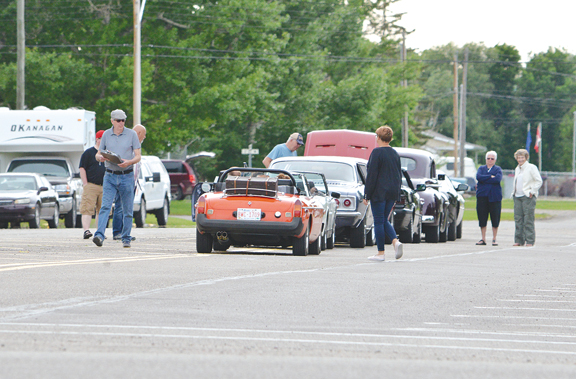 Magrath’s Geoff Minors, like many southern Albertans, was wondering what kind of activities there would be as the pandemic has cancelled a lot of event.

Driven to do something enjoyable, Minors initiated the Magrath Summer Solstice Classic Car Parade June 20 and within four weeks of sending information out to interested individuals in Magrath and southwest Alberta, classic cars were driving down the streets in Magrath and turned out to be quite the spectator event for the locals.

“We wanted to have something with proper social distancing,” explains Minors calling it an impromptu event. “It was an easy one to do. Safety was considered and this worked… people sat on their lawns and waved as they drove by.”

There will be one next year but he says they will add other aspects with “proper” show and shine, a drive by and perhaps a barbecue of some sort.
Minors was pleased though how the first one went considering the circumstances.