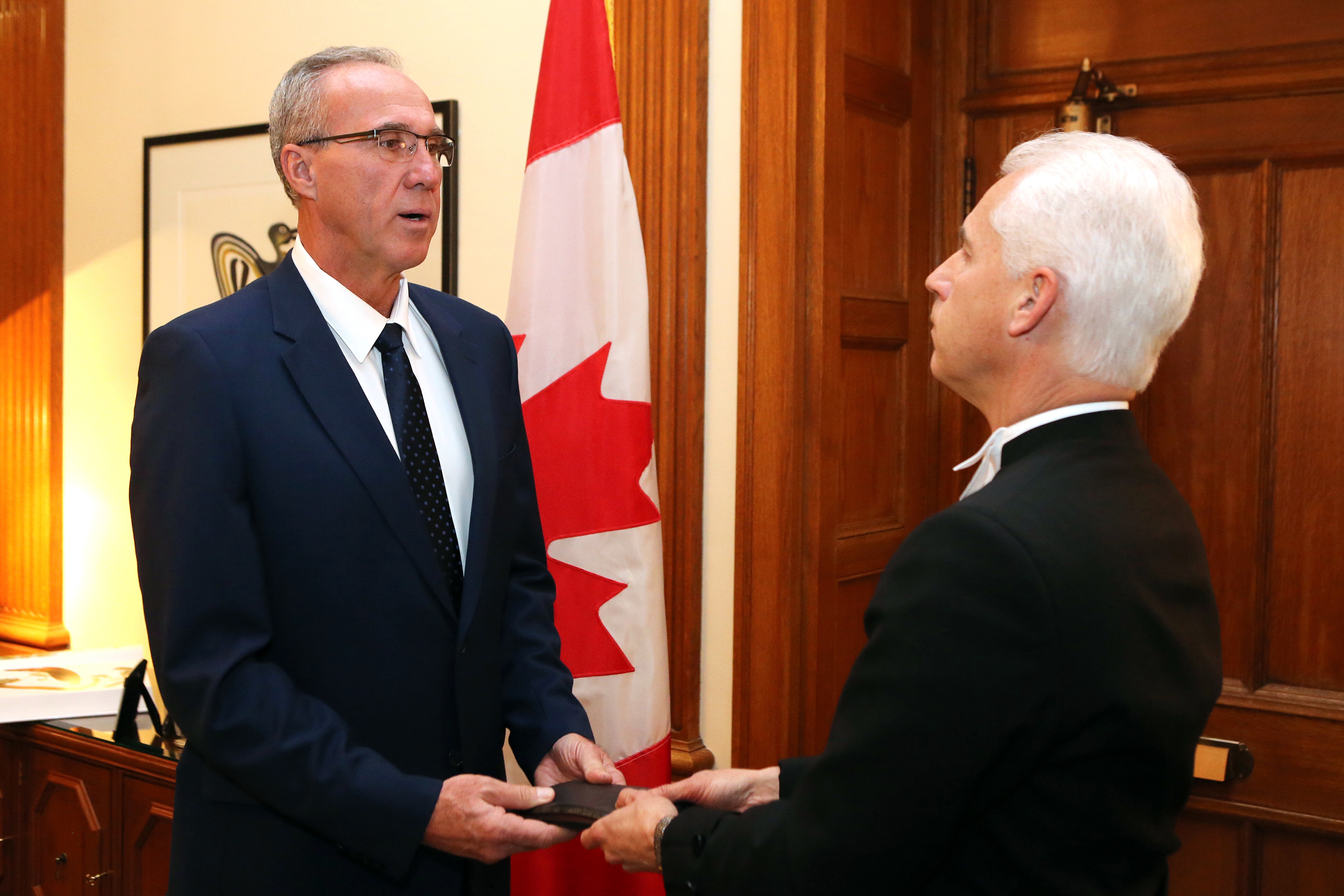 The region’s Member of Parliament says his party is uniting behind new leader Erin O’Toole and will be ready to “hold the Liberals to account” when Parliament resumes next month.

O’Toole took helm of the Conservative Party of Canada late Sunday after delays in the mail-in process to replace outgoing Leader Andrew Scheer.

Medicine Hat-Cardston-Warner MP Glen Motz was in Ottawa for other business, but with festivities low-key due to the pandemic, he watched the proceedings on TV with several colleagues of the Leslyn Lewis camp.

“Erin will do a great job,” said Motz, in an interview with the Alta Newspaper Group on Monday. “I’ve worked with him, and looking forward to working with him and renewing our work for getting rid of the Trudeau Liberals.”

Motz, who supported Lewis, had in 2017 endorsed O’Toole, 47, a former military man and veterans affairs minister.

He takes over the official opposition in a minority parliament that will resume sitting in September following a prorogation of Parliament this month.

O’Toole held a press conference on Tuesday where he revealed his shadow cabinet.

Resumption will see a new speech from the throne, which the governing Liberals under Justin Trudeau say is a necessary reset considering the challenges of the pandemic.

Conservatives have blasted the move saying it’s a way to shut down committee work and dodge investigations into the WE scandal and work on Chinese-Canadian relations.

“It’s too early to speculate,” said Motz of what might be included in the Liberal’s fall legislative plan. “But it is frustrating to watch the PM go into hiding.”

He did say he hopes his party’s probings would produce a clear picture of the government’s actions.

“We need to make sure that Canadians can trust the government, and there’s ambiguity there with WE and China,” said Motz.

In the leadership contest, Motz announced in mid-June he would support Leslyn Lewis, a socially conservative first-time candidate who eventually placed third when 175,000 votes from party members were counted.

Motz said his decision in 2020 was based on feelings of many local members of the party, and he hoped Lewis, who had close to one-third support on the second ballot before she was removed, would remain engaged and active in the party.

“She did very well, with a message that people clearly responded to,” said Motz.

During the second round, she led in the four western provinces in the riding-by-riding points system. When her first-place ballots were removed, those ranked ballots secured the win for O’Toole over one-time Progressive Conservative Party leader Peter MacKay.

Motz was one of six sitting MPs, including Cypress Hills-Grasslands (Sask.) MP Jeremy Patzer, to endorse Lewis in her bid to win the party’s leadership.

Endorsements for O’Toole also came from 38 members of the CPC caucus plus Alberta Premier Jason Kenney (the only premier to publicly state a choice). A total of 16 Alberta MLAs, including Brooks-Medicine Hat representative Michaela Glasgo, also backed O’Toole.

MacKay had more than 40 sitting MPs endorsements, according to reports, though his campaign website did not list them.