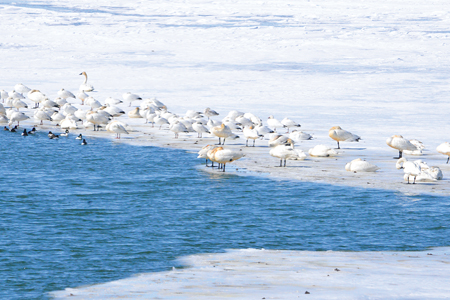 On Sept. 14, AHS had issued a boil water advisory after a blue-green algae, or cyanobacteria, bloom was identified in areas of Milk River Ridge Reservoir in the County of Warner. Residents living near the shores of the reservoir, as well as visitors, were advised to avoid all contact with the algae bloom, not to swim or wade in any areas where blue-green algae is visible, to not feed whole fish or fish trimmings from this reservoir to their pets and limit human consumption of whole fish and fish trimmings, as it is known that fish may store toxins in their liver, although people could safely consume fish fillets.

Council’s update at their regular Oct. 6 meeting was to provide them with information so they could respond to concerns if any were expressed to them.

“From a drinking water quality and safety perspective, there is no immediate health concern for those who receive potable water from the Ridge Water Services Commission (RWSC). Our operators are conducting increased testing and monitoring and there have been no issues with the quality or safety of the water to date. The RWSC will continue to monitor the frequency of the blooms in the coming years and if additional steps are needed to ensure that we can continue to supply our users with high-quality and safe drinking water, the RWSC will act accordingly. Blue-green algae are typically found at the water’s surface and along the shoreline and the plant’s water intake line is built at least eight feet below the water’s surface so the likelihood of it entering our system is low and if some did, it would more than likely be at very small levels which can easily be filtered and treated with the plant’s treatment system,” said Kurtis Pratt, CAO for the town. “The RWSC water treatment plant supplies water to the town of Raymond and its rural water network, the village of Stirling and their rural water network, and the Village of Warner and those who live within the hamlets of New Dayton and Wrentham in the County of Warner. Anyone who receives their water from any of the above-mentioned municipalities’ potable water distribution networks will not be affected by this recent, short-term bloom.”

Pratt said to the town’s knowledge, this was the first time that blue-green algae had been detected in the reservoir, and it has historically not been a problem for any municipality that is part of the Ridge Water Services Commission.

According to AHS, blue-green algae is naturally occurring, and often becomes visible when weather conditions are calm. It appears like scum, grass clippings, fuzz or globs on the surface of water, and it’s colourings range from blue-green, greenish-brown, brown and/or pinkish-red, and often smells musty or grassy.

People who come in contact with visible blue-green algae or ingest water containing blue-green algae may experience skin irritation, rash, sore throat, sore red eyes, swollen lips, fever, nausea and vomiting and/or diarrhea. Symptoms usually appear within one to three hours and resolve in one to two days. While symptoms in children are often more pronounced, AHS stresses everyone is at risk of these symptoms. Additionally, exposure to the blue-green algae may be fatal to pets.

As of last Friday, the boil water advisory remains in effect.