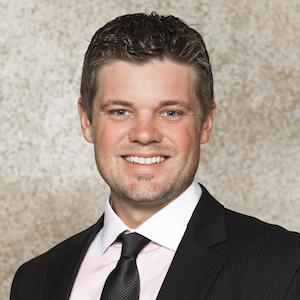 The People’s Party of Canada has a new candidate for the riding of Medicine Hat-Cardston-Warner for the 44th General Election. Brodie Heidinger was born and raised in Medicine Hat and is excited to represent the PPC.

“I was a little nervous, but excited by the possibility of representing the Medicine Hat-Cardston-Warner constituency,” he said. “I’ve been in politics, or kind of in the background and had an interest in it for several years, so it’s a big leap forward for me to be one of the faces of the People’s Party of Canada, especially for the Medicine Hat, Cardston and Warner areas.”

He says he shares a lot of the PPC’s views and is proud to be selected to represent Maxime Bernier’s party.

“I think a lot of the PPC platform speaks to myself and I would hope to several others — but equalization payments, fairness for all provinces including Alberta, I think there is a growing concern Alberta’s not getting a fair share in equalization payments and another one is foreign policies. We need to start taking care of Canadians first and not just endless spending for other countries,” he said.

Heidinger says he has a major emphasis on getting the economy back on track and being fiscally responsible for the Canadian budget.

He says they need to taper back the crazy, thoughtless spending the last few governments have done to create the current national debt.

Representing the PPC, Heidinger says he wants people to be aware there is another option come election day.

“I’m overly excited and proud to be a part of this and moving forward just making people aware there is an alternative to the conservative and the liberal, that there is another platform out there that takes the grassroots approach and just bringing awareness to the PPC’s platforms and to the party, as a whole,” he said. “I think they have some really great policies that would benefit all Canadians and bring back some big governing to Canada.”