Be on the defensive for mosquito bites 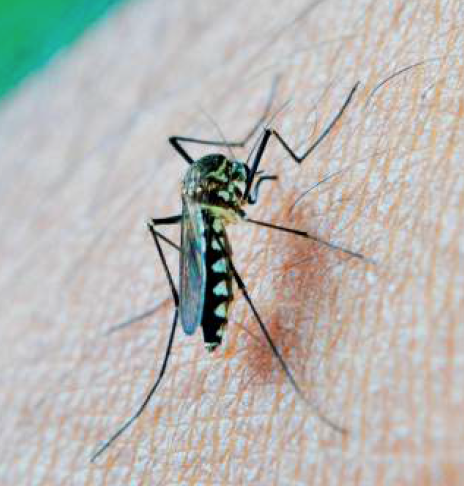 Alberta Health Services (AHS) is reminding people to take precautions against mosquito bites in the summer.

With the approach of August, Alberta is also heading into the time of year when the Culex tarsalis — the species of mosquito that carries West Nile virus — is most active.

WNV is a virus carried by mosquitoes — which have become infected after feeding on infected birds or animals. While the vast majority of people who get bitten do not develop any symptoms, about 20 per cent can develop nonneurological syndrome, symptoms of which include being uncomfortable, including fever, chills, nausea, vomiting, fatigue, skin rash, swollen glands and headache, which typically go away.

However, less than one per cent can develop the more serious neurological syndrome, which symptoms include tremors, drowsiness, confusion, swallowing problems, high fever, unconsciousness, paralysis and even death.

WNV is a risk to all Albertans’health, although older adults are at greater risk of severe illness and lifelong effects.

The first WNV case in Alberta was confirmed in 2003, and since then, more than lab-confirmed 500 cases have been reported in the province.

However, the numbers reported by the province are only those confirmed by lab testing.

“Simply, where there are mosquitoes — particularly of the Culex tarsalis family — there is risk of West Nile virus infection,” reads the AHS website regarding WNV. “This is why it is important all Albertans take simple precautions to prevent bites, and protect from illness, every day.”

While weather patterns do affect the breeding season of the mosquito, the Culex tarsalis mosquito is typically the most active in a period from the end of July to early fall, or until the first full frost comes, according to AHS.

While only some mosquitoes carry WNV, wherever they are there is always the risk of being infected by WNV, and your best defence against it is to avoid being bitten.

When engaging in outdoor activities, AHS recommends wearing a long-sleeved, light-coloured shirt, pants and a hat — so you stay covered, which will help prevent mosquito bites. AHS also recommends to use an approved insect repellent, such as products that contain DEET or Icaridin, although AHS cautions to pay attention to the percentage of repellent based on age for children younger than 12 years old and to not use any on babies less than six-months old, and instead protect them with full-coverage clothing and a hat.

Additionally, people are advised to stay indoors during dawn and dusk, when mosquitoes are most active. You can help protect your home by ensuring there is no standing water around that mosquitoes can breed in.

To learn more about West Nile virus and what precautions are necessary to reduce its risk, visit http://www.fightthebite.info.