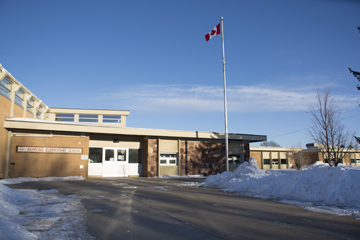 Parts of the province’s proposed K-6 curriculum will be piloted at Westwind School division schools.
On Nov. 18, the school division announced that 21 teachers had reached out to them and indicated that they would like to pilot at least part of the draft K-6 Curriculum, released in March 2021.
The division had previously released a report detailing their curriculum review process and recommendations on WSD’s website. As part of that review, they made a decision to not pilot the curriculum as a whole, but would support individual teachers that wished to pilot the curriculum.
“The province was willing to allow maximum flexibility with any teacher, school, or division that was willing to pilot the new curriculum. A teacher could choose to pilot the whole curriculum (all subjects), any number of single subjects, or even down to a single unit of one subject,” said Rob Doig, assistant superintendent of WSD.
A statement on the division’s website stated that the 21 teachers came from five of the division’s nine elementary schools. All these teachers wanted to pilot the new LA curriculum, four math and three science. The teachers have been given extra sub days to work through the new curriculum, look at resources, and meet with the province. They will be required to provide monthly feedback at minimum to the province, and can communicate with the province should they have questions. According to the Nov. 18 statement, “the feedback that the teachers have been providing has been relatively optimistic about the LA curriculum”.
In April, the division in a release stated that “Westwind School Division will consider Alberta Educations’ offer for maximum flexibility to pilot all, part, or some of the curriculum. In consultation with the school’s principal — individual teachers who would like to pilot a subject in the draft K-6 Curriculum will be permitted to do so. Westwind School Division and Principals will continue to provide teachers with the support required for student’s success”.