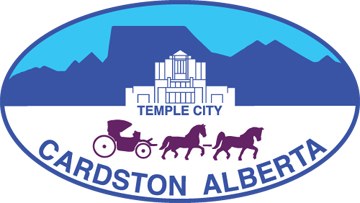 Animals in rural areas, communities, and small towns has always been a topic for discussion, often leading to the point of, ‘if my neighbors okay with me having chickens, why shouldn’t the town let me?’ One such amendment was presented to Cardston town council at their regular meeting.
Coun. Allan Burton noted that the bylaw that’s currently in place has reasons for being there, and in his opinion is exactly what the town needs.
“But if none of your immediate neighbors, so if nobody in the scope of 40 meters cares, who does? So I would reopen to variance on this, a relaxation is probably a better word but not if I don’t see something more concrete then I talk to my neighbors because I’ve heard that before and I’m not suggesting in any way that he hasn’t. I’m not suggesting the response will be any different but as a matter of policy I would want to have something in writing from them saying so before I passed something I couldn’t take back.”
Inevitably however, even with bylaws in place, people will still ask for amendments and they’ll make their way to council. Mayor Maggie Kronen added that when looking at the bylaw, she’s seen over the years people ask for animals or the 40 meter requirement to be lessened.
“For me it’s a different take, I’m looking at the bylaw and i”m thinking that over the years we’ve had people asking exactly for that, chickens, goats, and I’m wondering if our bylaw is too tight as the perimeters regarding the 40 meters is that too tight? Should we lessen it? Or should there be a revision. In some of the towns there is allowance given for that type on thing on small parcels and I’m wondering if we’re an oddity or are we opening a pandora box is we allow one we can know of quite a few others in the community.”
Other members of council brought up the issue that, if the bylaw were to be amended for one person, there’s nothing stopping others from asking and opening a proverbial Pandora’s Box; with Coun. Paula Brown saying she’s nervous.
“We’re opening Pandora’s Box here. I think, does it fit the bylaw? No, it doesn’t so i don’t support having a horse in my neighbors backyard, or cows, or pigs, or chickens. I’m okay with children and dogs and cats.”
Coun. Jared Kenly commented he’s on the fence about the topic, agreeing with the positions of multiple councillors on the issue. He doesn’t want multiple animals in his neighbors back yard, yet if his neighbors are okay with it, then he’s okay with it.
It was agreed that there’s not much appetite to change the bylaw, and the resolution would not be favorable.