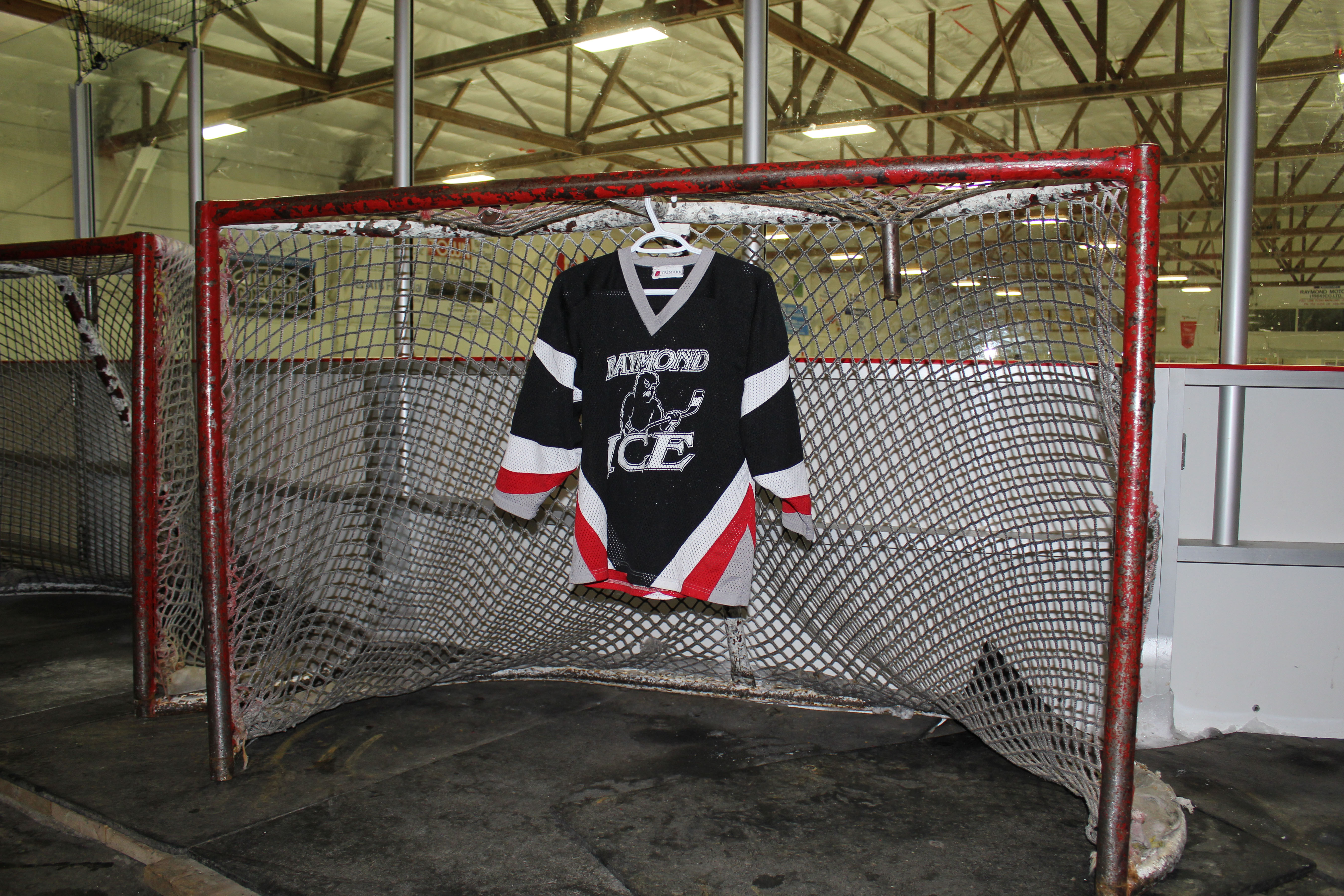 Raymond Minor Hockey was formed in 1974 by Sherry Heggie and Brent Jensen. Since then the teams have had many different names and coaches, but thanks to the loyal hockey families in the community, the Raymond Ice Raiders are anticipated to be competitive teams for many years to come as registration continues to grow.
This year there are a total of 137 registered youth, 82 in mainstream hockey and another 55 in the newly formed Pond Hockey program.
“Registration this year is above average, we have grown every year for the last five years, said Raymond Minor Hockey president, Ken Heggie, who has been involved as a player, coach, board member and referee over the last 40 years.
“The Pond Hockey started because we have a lot of kids and parents in town that do not understand the costs and commitment of hockey. This way they are introduced to the game in a noncommittal way, and can then transition to the mainstream hockey, if they choose.”
Jesse Depew and Hugh Simpson were instrumental in organizing the program, and it is proving worthwhile as Raymond hockey defies the norm, with a growing registration as the provincial average dwindles.
Pond Hockey presents the youth with the opportunity to learn basic skills, but a bunch of money for equipment, registration and travel is not required.
Heggie says hockey has grown in Raymond exponentially over the last two years thanks to education and word of mouth advertising.
“There is a lot of horror stories out there about how rough and violent hockey is, and that you have to play on Sunday.”
Raymond is lucky yo have an agreement with the league where they are not forced to play on Sunday.”
There is the odd Sunday game, but it is seldom and kids are not required to be there.
Over the leagues 40 year history, its biggest obstacle has been dealing with the competition of school sports. The league has had to realize that if kids play more than one sport, hockey probably isn’t the main priority.
Raymond is a basketball and football town, reminded Heggie. And indoor soccer in Lethbridge is becoming more and more popular.
As a result Raymond does not have a Bantam or Midget team this season, but boasts a competitive roster of six teams. The Pee Wee team remains undefeated.
Interest in hockey in the community has cycled over the years, and is the expected trend as some age groups are interested as a whole and others are not. Back in the 70s Raymond had a team in each age category because the Magrath kids played there, but in comparison only a few teams used the ice in the late 80s and early 90s.
As the kids changed, so did the rules of Canada’s favourite past time and the equipment requirements.
Another big thing that Heggie has noticed over the years is the resources available to coaches. Over the last 10 years Hockey Alberta has made it a priority to provide top quality online resources. and that has added consistency to what kids at each level are learning.
One thing has remained constant throughout, Raymond Minor Hockey has strove to provide youth with a positive experience.
“Hockey gives the youth another outlet to do something other than school sports … it gives kids a chance to be part of something and feel good about themselves.”
Since 2008, the town has done little improvements every year, a lot of them are ones you can’t see, but they are things that needed to be done, added Heggie. The list of improvements include: two new ice condensers for the ice plant, an oil separator, boiler maintenance, new lights, boards and glass.
All of which made a huge difference in ice quality, Raymond is know for its good ice and the effort and attention the rink attendants put in.
“In the last six years the town has put in just over a million dollars,” said Heggie. Redoing the parking lot was a big portion of those funds.
“Hopefully in March we will start digging to put an addition on, we will know for sure in the next few weeks. The addition would include four new dressing rooms, bring the concession downstairs so it is more accessible and make the facility wheelchair accessible.” New washrooms will also be added.
At a very minimum a remodel of the existing facilities will occur in 2016. Raymond Minor Hockey has committed over a hundred-thousand-dollars in free labour to the project.
It is the hope of the Raymond Minor Hockey board that after a further facelift of the rink, that they will be able to accomplish a big milestone and host hockey Provincials for the first time.
In 1978, Raymond participated in their first Provincials. And one group of kids recently made it to Provincials five years in a row.
Heggie said that is the most consistent showing that the Raymond Ice Raiders have had at that level.
“It seems like more and more communities are joining up to field teams … We are one of the only communities around who’s numbers are increasing, and I don’t know why …”
Success stories to come out of Raymond Minor Hockey include Shawni Rodeback who currently plays for the Mount Royal University Cougars and Brooks Maxwell who is on the Red Deer Rebels WHL team.
If people want more information they are encouraged to visit the Raymond Minor Hockey Facebook page or call Ken at 403-752-4544.