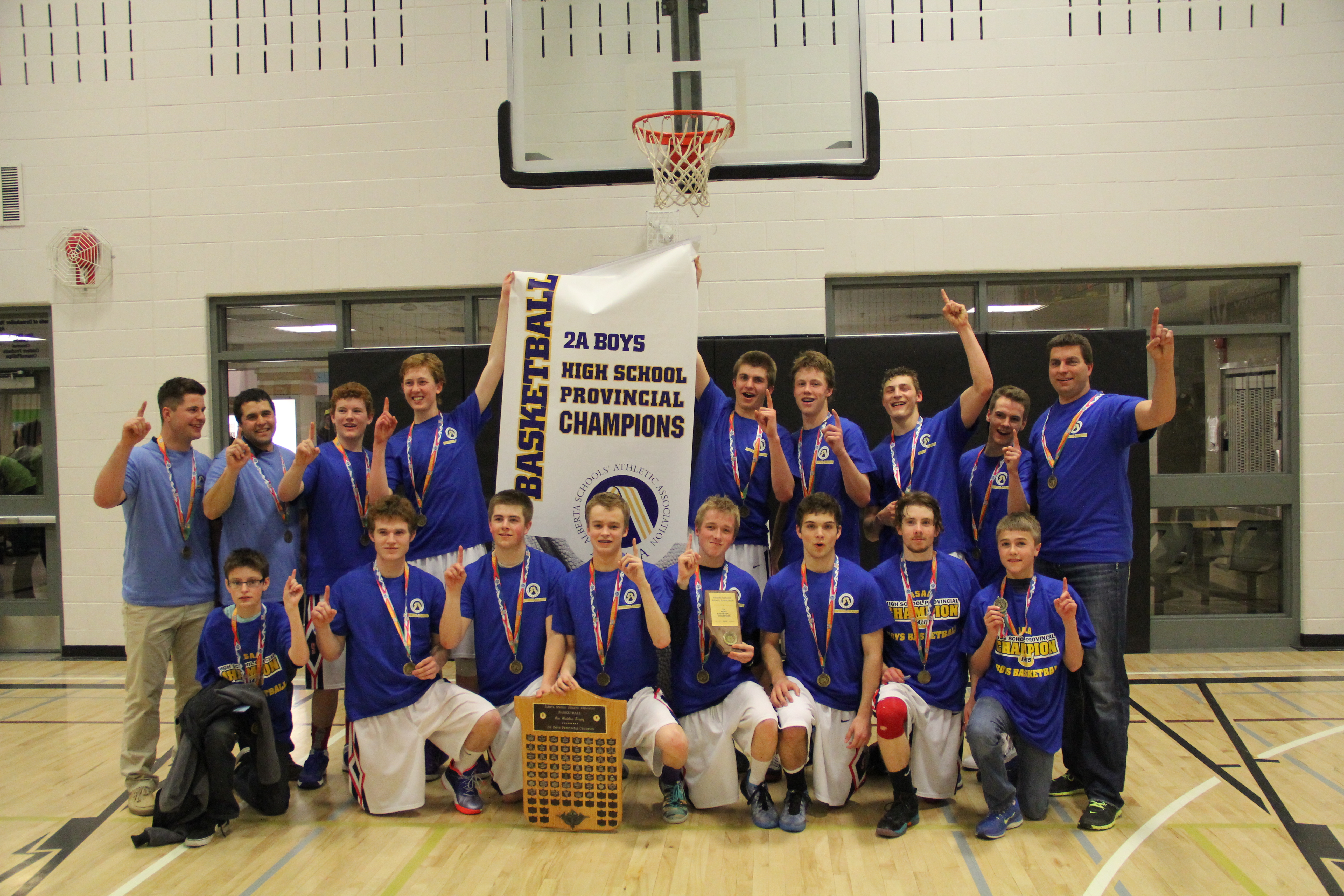 “Every athlete dreams of hitting the game winning shot, and I was fortunate enough to make it happen in my grade 12 year,” said Cole Still about his buzzer beating basket that led the Lakers to a 85-84 victory over Immanuel Christian in the final seconds of the 2A boys provincial championship game in Drumheller.
For Still, winning the championship game was extra special because he got to do it alongside his brother Lane. As for the rest of the Lakers, they got to redeem themselves, losing to Immanuel Christian in last year’s provincial final.
“We knew we had to come out both physically and mentally if we wanted to win this game.”
Both teams left everything they had on the court, fighting back and forth for the lead. Throughout the course of the game, no one pulled ahead by more than five points.
“They battled hard to gain that victory, several players had to change jerseys and be taped up and bandaged because they were bleeding too much and they still continued to battle till the very end of the game,” said Ryan Smith, assistant coach.
Steele Stef led the Lakers with 25 points and 26 rebounds. Scott Mazutinec added 22 points of his own and 11 rebounds.
A large number of family and friends travelled to Drumheller to cheer on the team, many of the other 2A schools also stuck around to watch the final game and chose to cheer for Stirling, after learning how small the school’s student population was. The boys ability to hold their own on the court, impressed many of the larger schools in the division, added Smith.
“I was glad to contribute in bringing a 2A banner to Stirling because I know how much it means to this community,” said Still.
He was quick to credit his teammates, coaches and fans for the victory, pointing out that he was in foul trouble and worried about finishing his Laker basketball career on a low note.
What ended up happening, is instead a basketball highlight that he and many Lakers fans will always remember.
The win also marked the Lakers first 2A championship, having only previously won titles at the 1A level, explained Ryan Smith, Lakers assistant coach.
“You couldn’t have scripted it any better in a Hollywod movie,” said Smith of the memorable victory.
The Lakers will be saying goodbye to seniors Cole Still and Zack Oviatt.
Smith is looking forward to another strong season next year with a solid group of returning players, many of the top scorers will be returning.