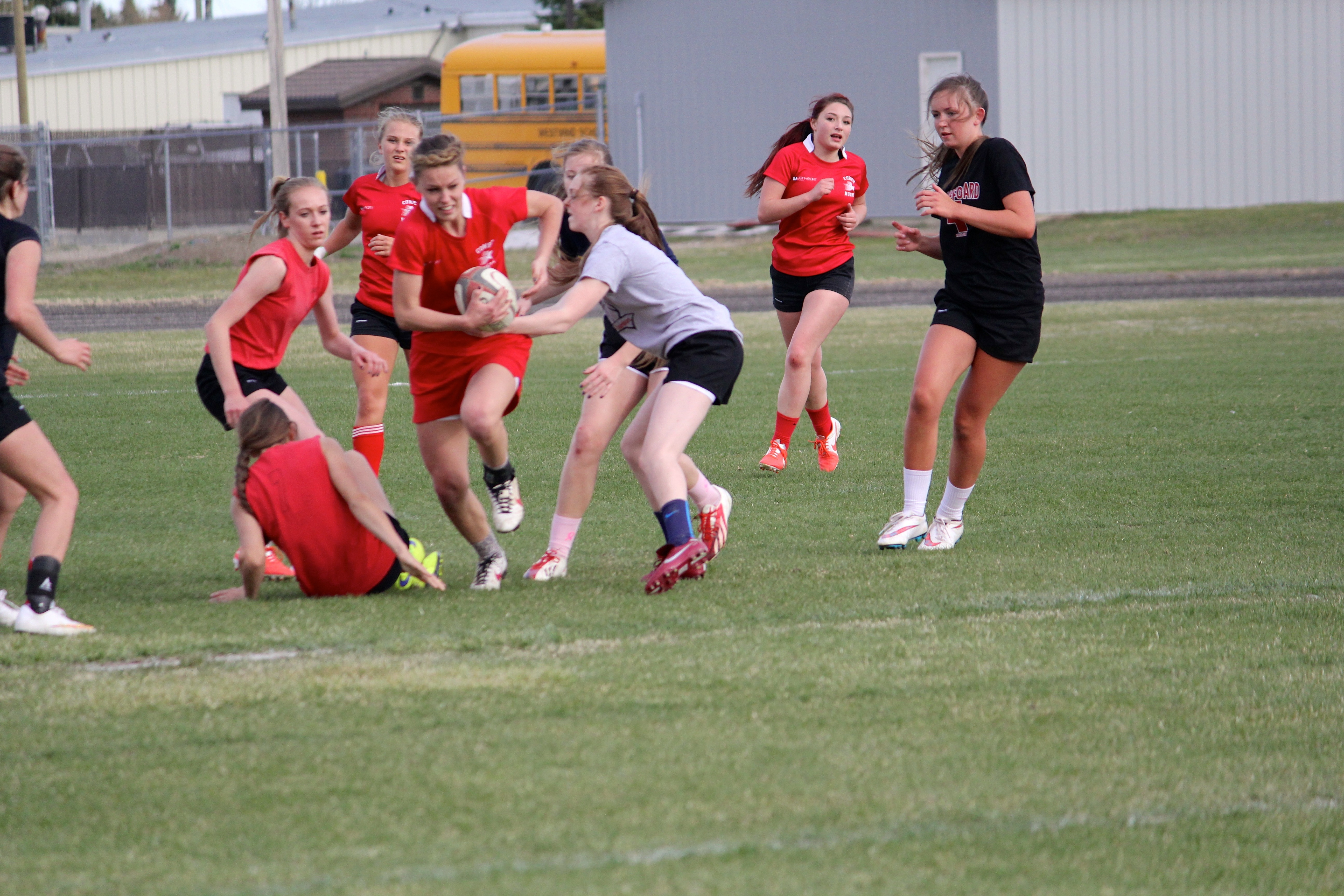 Much to the disappointment of many eager Comets, Medicine Hat cancelled their home opening game on April 16 because of a lack of girls able to make the trip.
On Saturday the girls travelled to Medicine Hat for a 7s tournament. Raymond made up three squads – a Senior and two JV teams- all of which played four matches and went undefeated.
The Senior team had a tough game with Fort Macleod, shared head coach Dan Bikman. The Comets let their opponents score first and they had to fight hard to come out ahead in the had-to-head matchup.
Megan Anderson offensively lead the senior comet squad and had a strong day.
In JV play, Springbank and Cardston proved to be the toughest competition. Ivy Jensen led the JV Comets scoring effort.
“They all looked really good,” said an excited Bikman. “Sadly, we took a few tough injuries that we are going to have to work through.”
The girls were hit hard and few girls, including some of the top seniors, will be sitting for a week or two.
Due to the injuries, the Comets were down several girls for their league game against Winston Churchill High School on Monday, but they were still be able to pull out a win.
For many girls in was their first Senior game and they played particularly great defence.
“It was a tough game,” noted Bikman. “Winston Churchill was up 7-0 in the first half, but Raymond held them there and came back to win 14-7
Megan Anderson and Amy Mendenhall scored try’s for the Comes and Tanna Stewart scored a covert kick.
The JV team won 20-0.
“I was just impressed with the grit. All of the girls took on the challenges of rugby with confidence and enthusiasm.”
The Comets were on the road to face Chinook Wednesday evening. Results were unknown at press time.