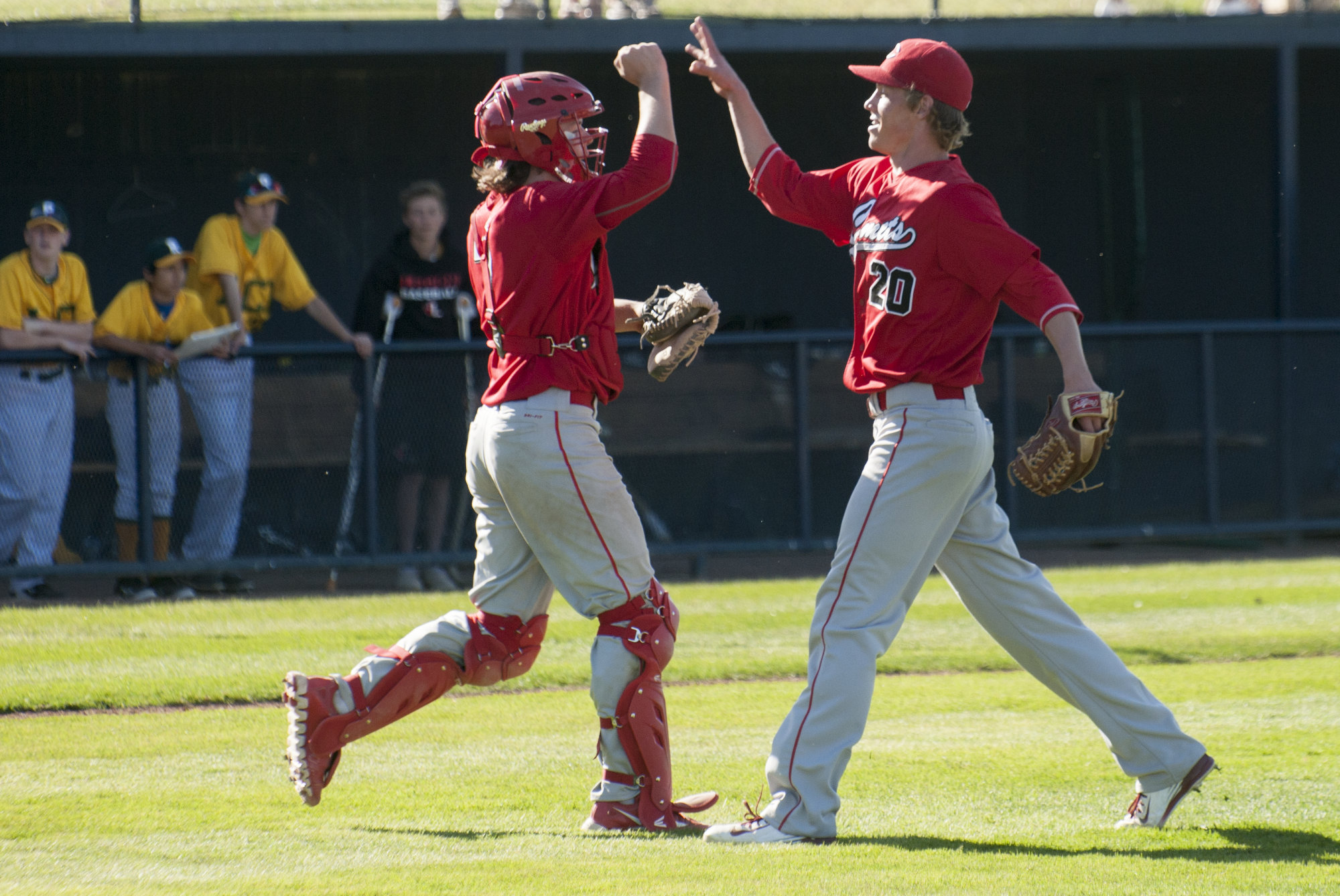 The Raymond Comets earned an 8-5 win over the LCI Rams Friday at Lloyd Nolan Yard in Lethbridge, claiming the Lethbridge Regional High School Baseball League championship.
The game was decided in the field, since both starting pitchers were exceptional. Wilson Holt got the start for Raymond because their superstar pitcher Scott Mazutinec had to throw a gem in Wednesday’s semifinal against the Winston Churchill Bulldogs where Raymond won 10-6.
Holt said he had some arm issues this season but with one game left in his career, he had nothing to lose.
“This was it, this was the last game, so I don’t care if my arm falls off,” he said. “To know my coach could call on me, and have that confidence in me, I was, I guess happy is the word but I felt great knowing that.”
Holt said he knew his team needed at least five innings from him and they got that as he concentrated on staying in the strike zone and counted on his defence to make plays. They did, including a fifth-inning diving grab by left fielder RD Williams.
“My dad coached me and he always just says to throw strikes so that’s all I try to do,” said Holt. “I just take that advice, listen to my dad and that’s the way he tells me to do it and it worked.”
On the other side, LCI committed a few uncharacteristic errors which ultimately cost them. Kale Penner was victimized by a few early errors in the six innings he pitched, resulting in too many unearned runs to overcome a tough Raymond team.
“This just wasn’t the day,” said LCI coach Lauren Bell.
“For whatever reason, we played our worst defensive game but looking at the season, we had a great year. I think next year, you could see the same two teams back here and maybe we don’t drop those balls, maybe it’s our turn.”
Comets coach Jentry Salmon said his team responded every time LCI threatened, and it kept the Comets at least a few runs ahead at the start of each inning.
“We had trouble this season putting teams away, letting them hang around,” he said. “So it was nice to respond like that. They’d put up runs and we’d come right back.”
Williams had a two-RBI double in the third and followed it up with another two-run double in the sixth. Holt helped himself with a pair of hits and Liam Leech added two runs batted in.
For LCI, catcher Logan Ramsdell had a pair of hits, was plunked once and walked once. The Rams had the tying run at home plate when Mazutinec fanned Adrian Ferby swinging to end the game.
“We just had that vibe,” said Holt. “Even on the bus ride here, I could just feel it. We’re usually a goofy team, but the whole team was taking this seriously and I think that made it easier for me. I knew those guys were really ready to play and that gave me that confidence.
“I just thought we had the vibe.”