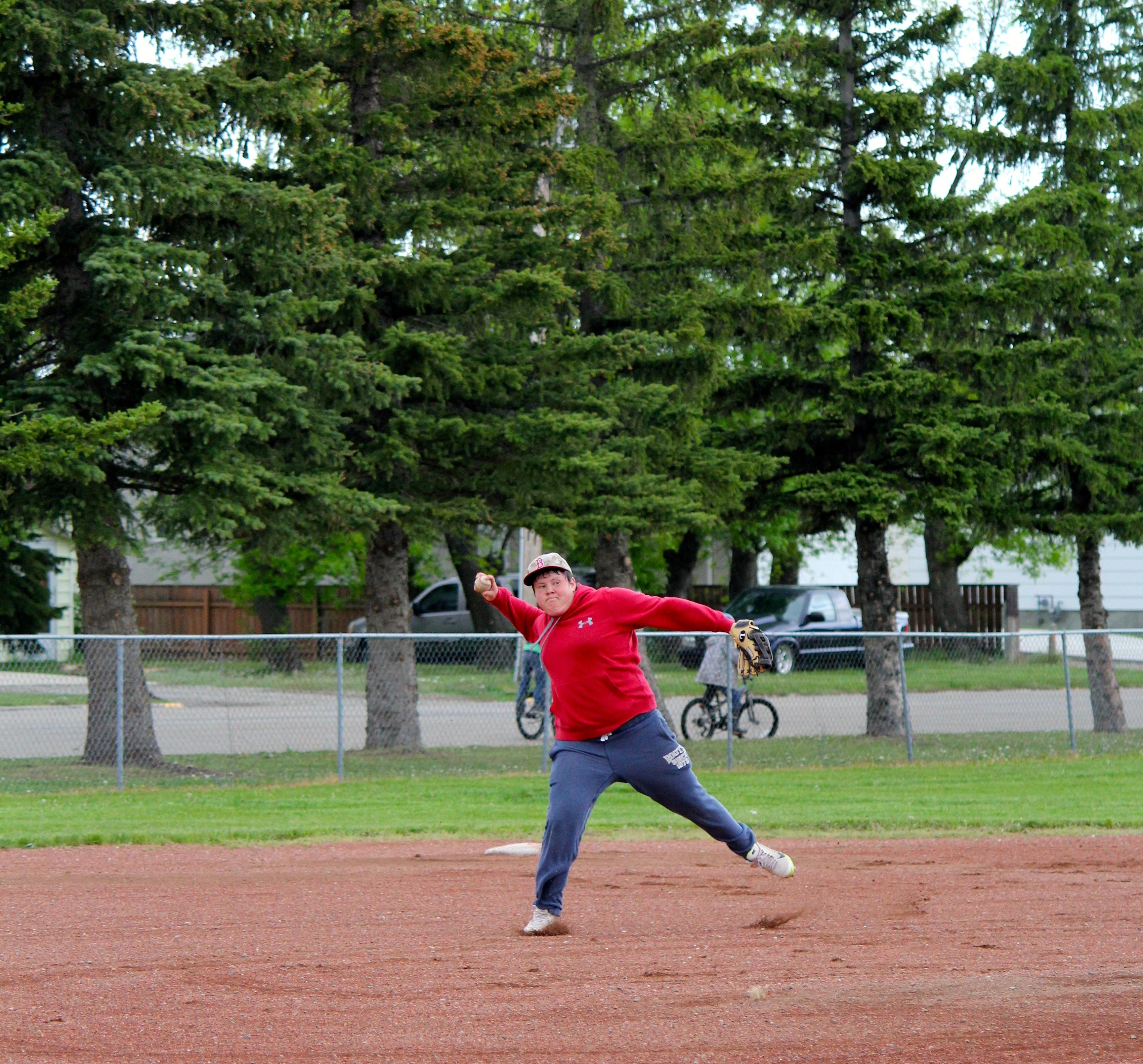 In order to be successful this weekend, the Magrath Zeniths need to be mentally present and string together seven consecutive innings against back-to-back opponents.
The story of the preseason has been a mixture of strong innings followed by poor innings and vice versa. Consistency is lacking. Skill is not.
“We’ve shown that we have the skill to play with anybody and we are just working on the mental stamina and mental strength to stick with the games because we have a tendency to have good innings, but not be able to finish,” said Jordan Brame, Zeniths head coach, summing up how he feels about the season so far.
The Magrath Zeniths finished the Southern Alberta High School Baseball League regular season with a 7-3 record leaving them tied for second place and seeded third in the North West Division.
“I believe we are better than our record and I want to go prove it at the final tournament.”
The Tier I Championship tournament will take place in Vauxhall May 28-30 with the Zeniths scheduled to play Medicine Hat High School (seeded second in the SE) in the first round at 10 a.m. Friday.
Magrath will have to bring their A-game if they want to have a strong weekend, losing to Medicine Hat earlier in the month at a tournament. The Zeniths lost 15-9 throwing young pitchers and “didn’t play very well” overall as a team, striking out 12 times.
Brame feels that the rematch this weekend could easily have the opposite result, noting the boys have a chance to surprise their competitors if they come out hot on the bats and react well on defense.
“I’m feeling confident that we will make a good showing. They will probably underestimate us a little bit based on what they saw (May 1 during the tournament).”
If Magrath opens the tournament with a win they play Saturday at 10 a.m. If they lose, they play again at 3:30 p.m. Friday.
The Zeniths coaching staff has stressed mental toughness throughout the season and has been concentrating on ways to get some of the boys out of current slumps. Aside from mental work, a particular focus has been on concentrated hitting and fine tune pitching mechanics, noted Brame.
“I’ve told the boys all season that mental toughness is the most important thing in baseball because you don’t have time to hang your head or get down on yourself. Baseball is a game where you have to continuously play like you don’t remember the last play. Each at bat is the first at bat of the game and each ball hit to you is the first one you picked up all night.”
Even though the Zeniths are the reigning champions, Brame said the team is feeling little pressure to repeat because six guys are missing from last year’s winning lineup.
“It doesn’t feel like the same team. I don’t feel like there is the pressure to have the same results.”
Brame predicts that the host school has a strong chance of taking the title, but feels like Crescent Heights and Medicine Hat on the other side of the bracket will also be after the banner.
“In my mind we have to finish at least fifth or sixth to keep up with our seeding, said Brame. “I’d ideally like to have a third or fourth place finish or maybe even get to the final game.”
The Tier 1 SAHSBL championship game opening pitch is scheduled for 6:30 p.m. Saturday evening at Jets Stadium in Vauxhall.