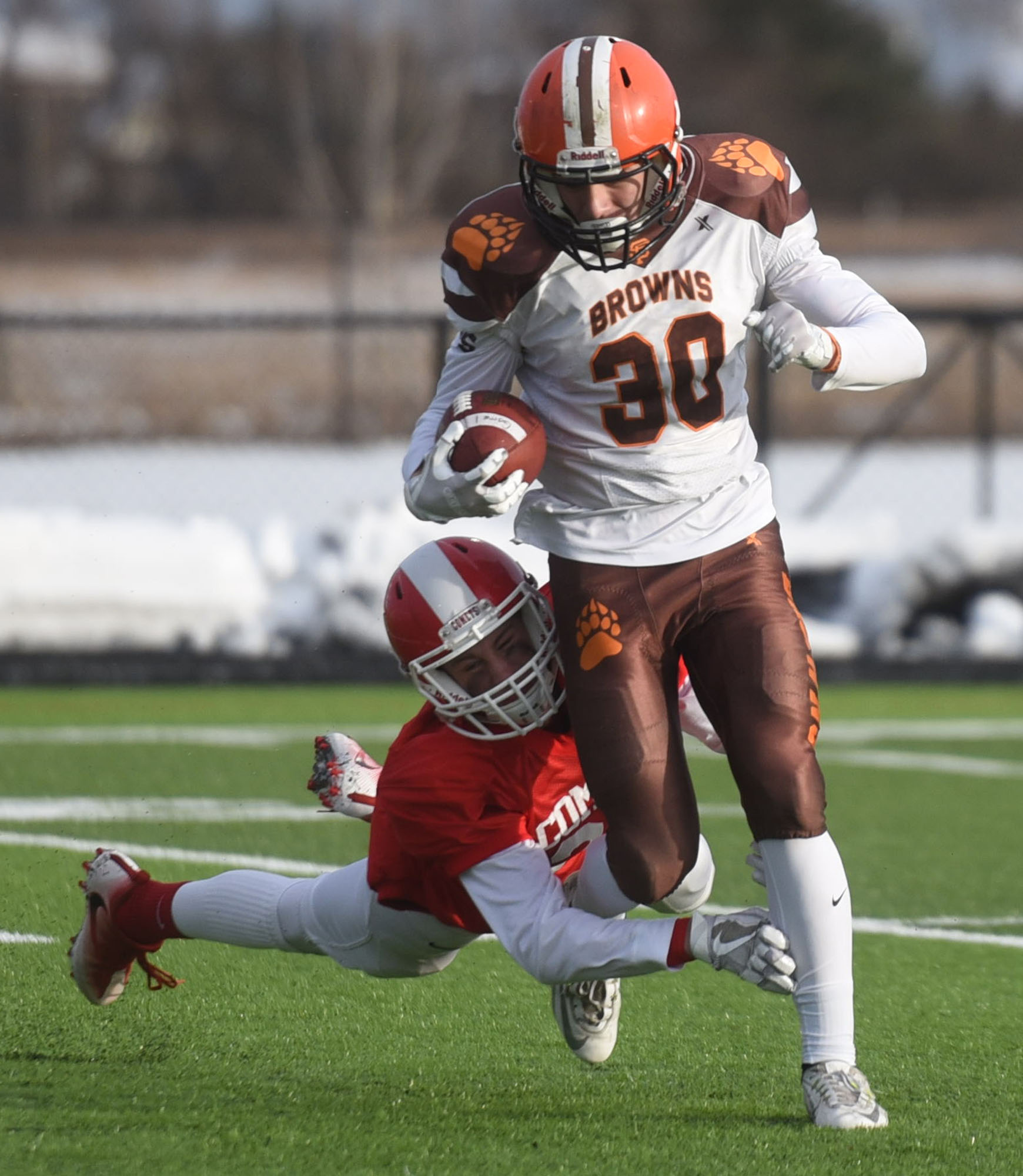 Twice, the Cardston Cougars erased a 21-point deficit against their number-one ranked opponent.

And despite a gutsy pushback that eventually tied the game 35-35 late in the third quarter, the Cougars fell just short in their comeback bid, losing 49-42 to the number one-ranked Cochrane Cobras during the Alberta Schools Athletic Association Tier III South Region Final.

The Cougars trailed 28-7 and 35-14 and battled back to tie things up at 35-35 in front of a bundled up crowd at the University of Lethbridge Stadium, but the Cobras added another pair of majors to take a 49-35 lead.

Cardston added one more major when quarterback Max Russell found Austin Merrill through the air to cut the lead to seven, but that’s as close as the Cougars got as the Cobras advance to the provincial final next weekend in Calgary where they’ll face the Holy Rosary Raiders, who downed the St. Albert Skyhawks 61-0 in the North Regional final Saturday.

“It’s hard to sum it up right now,” said Cougars head coach Byron Pierson. “But (it was) two very solid teams coming together and you know what? It was unfortunate that someone loses a game like that. Unfortunately, it was the exact same score as last year, 49-42.”

That close, and same, result was made possible as the Cougars clawed their way back in the second half.

“We came back in the second half and made some adjustments and offensively things seemed to work out for us,” said Pierson. “Hats off to the Cobras, they’re very well-coached and they’ve got some very good athletes. That quarterback is an incredible athlete.”

But the Cougars coach tipped his hat to his own roster as well.

“I’ve got some incredible kids and what I’m about to do right now is one of the hardest things to do as a coach,” said Pierson of his post-game talk with his team. “But a heck of a game on both sides they played their hearts out and executed very well.

“The message to them is ‘Don’t hang your hats’ because that’s the kind of kids they are. They will fight in life like they fought in this game and as a coach I couldn’t be any more proud of a group of kids (like) my seniors.”

In the Tier I South Regional final, the sixth-ranked Comets were downed 29-18 by the third-ranked Calgary St. Francis Browns at Comet Stadium in Raymond Saturday afternoon.

The Browns will face the Bev Facey Falcons for this year’s Tier I provincial bragging rights next Saturday. The Falcons beat the Notre Dame Cougars 32-13 in the North Regional final Saturday.

The Bobcats will face the Stettler Wildcats – who knocked off the Sexsmith Sabres 27-14 Saturday in the North Regional final – in next weekend’s Tier IV provincial final.